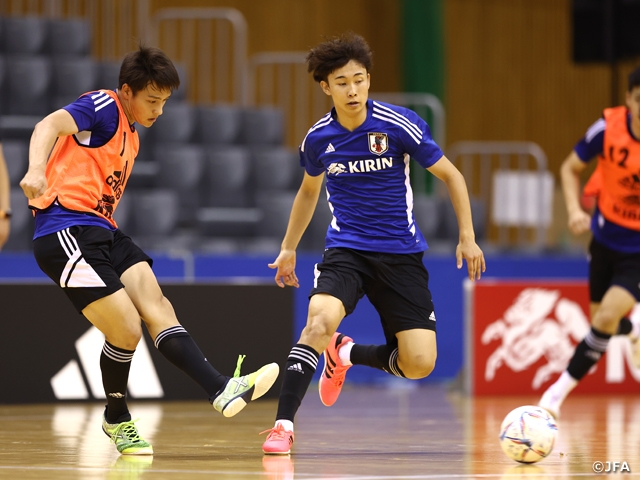 On Saturday 17 September, the Japan Futsal National Team held their official training session ahead of their second international friendly match against the Brazil Futsal National Team, to be held at Sky Hall Toyota (Aichi) on Sunday 18. The team has lost to Brazil 1-5 in their first match, and their holds a record of two draws and 18 losses.

Following their loss in the first match, the players of the Japan Futsal National Team moved to Aichi to prepare for their second match. The coaching staff shared the analysis of the first match to the players through footages and implemented the information into their trainings.

At the official training session held at the match venue, the team worked on drills to improve their transition between offence and defence, and variations of five vs five drills, where they gradually expanded the pitch size. The team also altered their sets from the first match, as MIZUTANI Soma (Nagoya Oceans) and CREPALDI Vinicius (Pescadola Machida) both showed great plays with their new set. 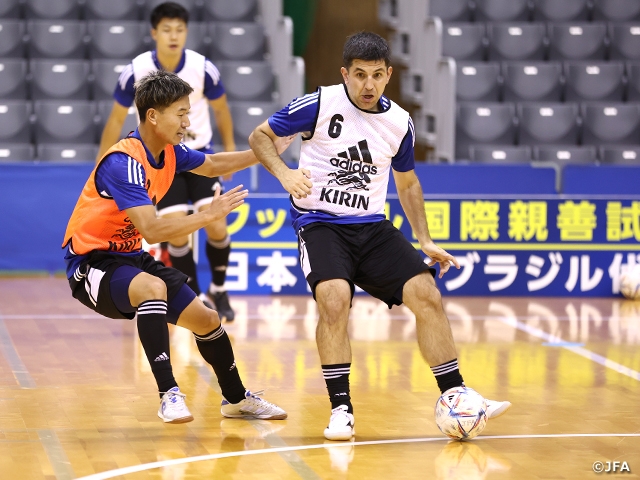 To conclude the session, the team went over their set-plays and power-plays, which will play key roles not only in the Brazil match, but in the AFC Futsal Asian Cup Kuwait 2022™.

“We conducted an intense training session this morning, so we kept our evening session recreational, a time to relax. The players are capable of turning their swich on once the match starts, so we tried to relax a bit,” said coach Marcos XAVIER, as Brazil held their official training session in the evening. The entire session was open to the media, as the players worked on their ball touches and played games with the coaching staff in a relaxed atmosphere. 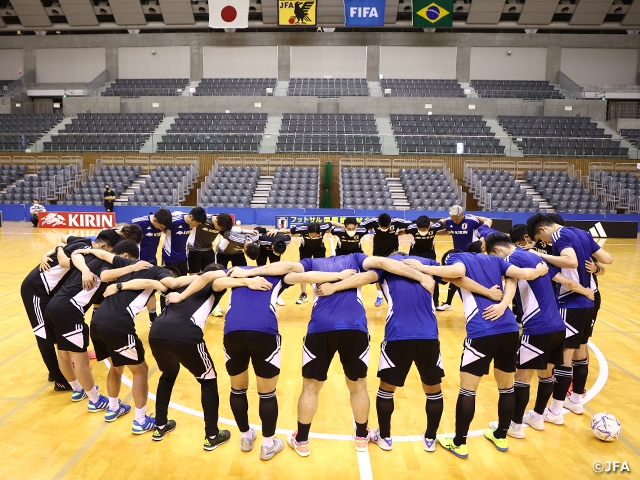 KOGURE Kenichiro, Head Coach (Japan Futsal National Team)
Following our loss in the first match, we feel like we need to showcase a better performance in our match tomorrow. The players are working hard to earn a victory at home and to prepare themselves ahead of the Asian Cup. On top of the disappointment, there are also criticism and embarrassment that comes with a loss at home, and I am sure the players felt lots of different emotions they wouldn’t have felt in a normal match. Players on the national team must live up to the praises they receive while also deal with the criticism. We will try to make the most of this experience and move on. 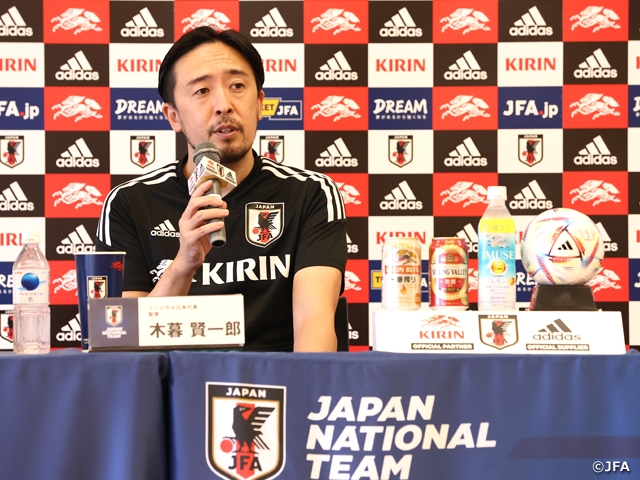 Marcos XAVIER, Head Coach (Brazil Futsal National Team)
We are happy with the way we have prepared ourselves in the past week. Tomorrow is another day and another match, so we will face the match with all seriousness. We are also very grateful to the warm support we have been receiving from the Japanese fans. We feel that our trainings in Japan will put us in good shape for our future tournaments. This tour has also reminded me to pay more attention to Brazilian players playing in Asia. The opportunity to work with players playing in Japan has been very positive for our future activities.

FP #3 MIZUTANI Soma (Nagoya Oceans)
The best thing about the first match was that we got to experience the world’s highest level. It really taught us that it is not easy to play against teams like Brazil. It was the first time for me to play against such a high level opponent and I had no clue how to score goals against them. We struggled defensively as well, and it was very different from the matches I have played with Nagoya. Tomorrow, I will continue to play to my strengths as usual, but also focus to improve on the things that didn’t work out in our first match.

FP #5 OLIVEIRA Arthur (Nagoya Oceans)
Japan have appointed a new coach since the World Cup, and everything we do has changed. On the other hand, Brazil have been led by the same coach and staff, which gave them a huge advantage. We do not have much time since our first match, so I don’t think we can fix all the issues, but we were able to make some adjustments in today’s training session, and we will continue to make improvements in our meeting afterwards.

FP #12 HARADA Kokoro (FC Barcelona B)
Pito and the other Brazilian players playing abroad reminded me once again that they play at a totally different level than us. I was hoping that if we stepped up our level a bit, we might be able to compete against them, but that was not the case. Our goal for the second match is to win, but as an individual, I hope to score goals. Fancy plays may leave a strong impression, but what I want are results, so I will do my best to score goals that would lead the team to victory.