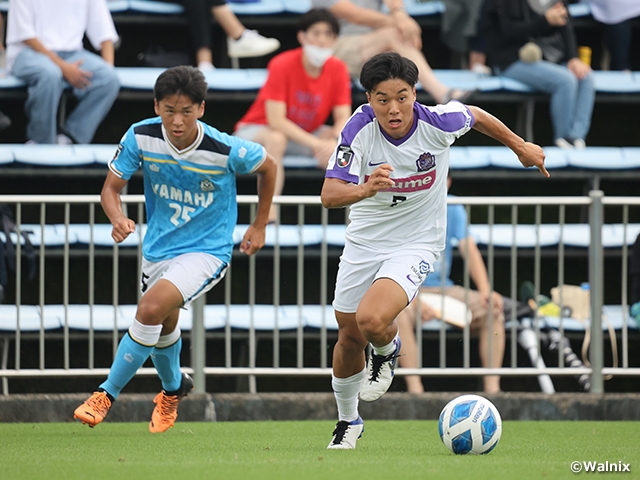 The 15th sec. of the Prince Takamado Trophy JFA U-18 Football Premier League 2022 will take place from Saturday 17 to Monday 19 September.

League leaders Kawasaki Frontale U-18 (Kanagawa) entered the second half of the season with an undefeated record but have lost back-to-back matches following the break. The team will seek to snap their losing streak when they face Kashiwa Reysol U-18 (Chiba), who are in ninth place, just on the verge of the relegation zone.

Second placed Yokohama F.Marinos Youth (Kanagawa) defeated Ryutsu Keizai University Kashiwa High School (Chiba) 4-1 last week to close down the gap with Kawasaki to two points. They will seek to overtake Kawasaki with their powerful offence, which has scored 41 goals in 13 matches, when they face 11th placed Funabashi Municipal High School (Chiba), who are coming off a win over Yokohama FC Youth (Kanagawa), which was their third win of the season. 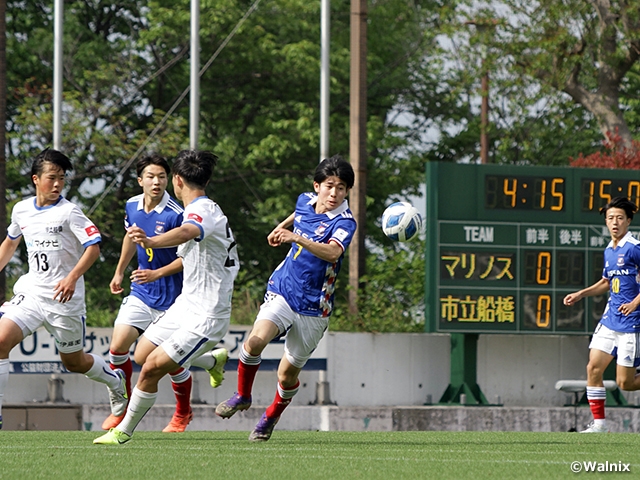 With 10 out of their 14 matches ending within a goal margin, Omiya Ardija U18 (Saitama) have shown their resilience in close matches to move up to third place with a record of seven wins, two draws, and five losses. This week, they will seek to win three in row to get within striking distance against the top two teams when they face Kiryu Daiichi High School (Gunma), who are in last place with one win, two draws, and nine losses. 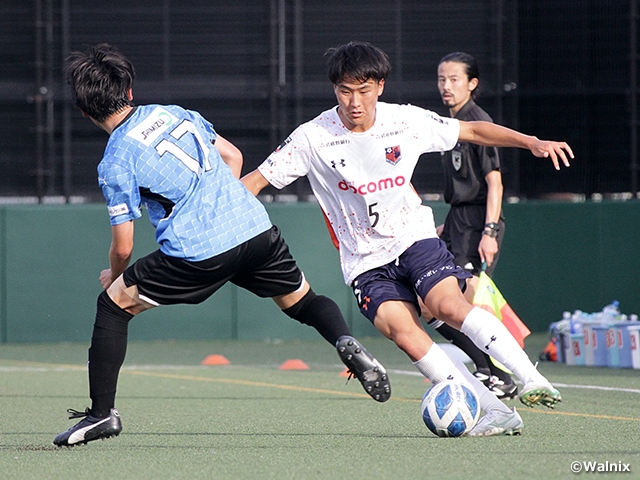 Fourth placed Jubilo Iwata U-18 (Shizuoka) will play an away match against Gamba Osaka Youth (Osaka). Although they are trailing 10 points behind the WEST leaders Sagan Tosu U-18 (Saga), Iwata have played two less matches, giving them plenty of chance to close down the gap. Last week, they suffered a loss to Nagoya Grampus U-18 (Aichi) despite taking an early lead, and the team has now lost three in a row. ITO Takeshi (#9) and GOTO Keisuke (#17), who have led the team so far and are ranked high in the goal ranking, are expected to play an important role. They will face 12th placed Gamba Osaka, who desperately need points to escape the relegation zone.

The fixture between fifth placed Higashi Fukuoka High School (Fukuoka) and sixth placed Cerezo Osaka U-18 (Osaka) is another enticing match. Despite seeing many of their matches getting postponed, Higashi Fukuoka have kept a hot form since the 12th sec., recording three wins and a draw in their recent four matches. The attack minded Cerezo Osaka side have scored 33 goals in 12 matches and hold a record of five wins, two draws, and five losses thus far. They will try to carry the momentum they have build by winning their third Club Youth Football Championship during the summer break. 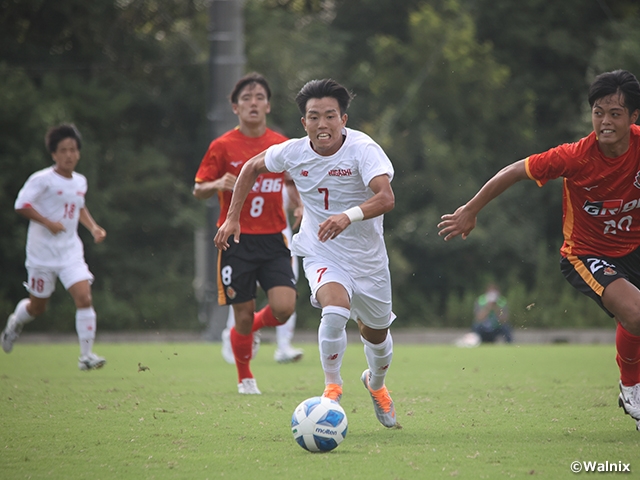 Seventh placed Sanfrecce Hiroshima FC Youth (Hiroshima) will play 10th placed Ozu High School (Kumamoto). Hiroshima have let a close match slip by, when they conceded a late equaliser to Shizuoka Gakuen High School (Shizuoka) last week, and they are certainly seeking to redeem themselves this week. Ozu are also coming off a draw, but in their case, they have come back from a 0-2 deficit to share a point with the WEST leaders Tosu. With only three points separating the two sides, this showdown may have major implication on the relegation race in the WEST.

Elsewhere, Nagoya will welcome Riseisha High School (Osaka) to their home. Matches between Shimizu S-Pulse Youth (Shizuoka) and Shizuoka Gakuen, Tosu and Vissel Kobe U-18 (Hyogo) have been postponed.