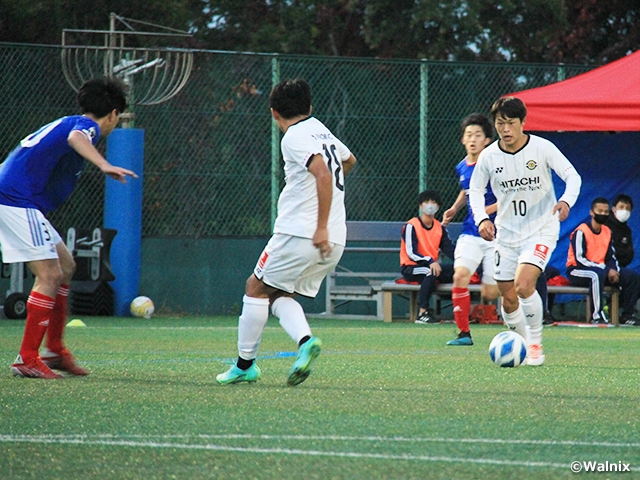 On Saturday 13 and Sunday 14 November, five postponed fixtures of the Prince Takamado Trophy JFA U-18 Football Premier League 2021 are scheduled to take place at various locations.

Fourth place Kashiwa Reysol U-18 (Chiba) will square off against Omiya Ardija U18 (Saitama). Kashiwa had been unbeaten in eight matches since the sixth sec. but suffered a painful loss to Yokohama F.Marinos Youth (Kanagawa) last week, after conceding the game winner in the closing minutes of the match. Their defence led by TANAKA Hayato (#4) will be the key to their success, as they seek to get back to their winning ways. Omiya on the other hand, will have a chance to close the four point gap between Kashiwa. Their key to success will rely on the UMEZAWA Daiki’s (#7) ability to create chances in their offence.

FC Tokyo U-18 (Tokyo) have struggled since October, leaving record of one win, one draw, and three losses during that stretch. In each of those matches, the team was forced to chase the opponent, so it will be interesting to see if they can score first and take the lead this weekend. NOZAWA Leon (#18), who currently sits in fifth place in the scoring rankings, will try to give the team an early boost. Their opponent, Yokohama FC Youth (Kanagawa), have also struggled in October. With the Yokohama side conceding multiple goals in two of the three matches played in October, we will see if SUGITA Hayato (#4) can lead the defence to keep a clean sheet this weekend.

Shimizu S-Pulse Youth (Shizuoka) is scheduled to welcome Yokohama FM to their home this week. The Shimizu offence, who has scored the second most goals in the league, is showing no signs to slow down, as they have scored 10 goals in three matches. CHIBA Kanta (#9) and other attackers will seek to score goals this week, as they will be hoping to gain momentum for their showdown with Aomori Yamada High School (Aomori) for first place, which is scheduled for the following week. On the other side, Yokohama FM are coming off a 3-2 victory, thanks to the brace scored by MATSUMURA Kosuke (#27). They will try to duplicate the result by scoring multiple goals again this week. 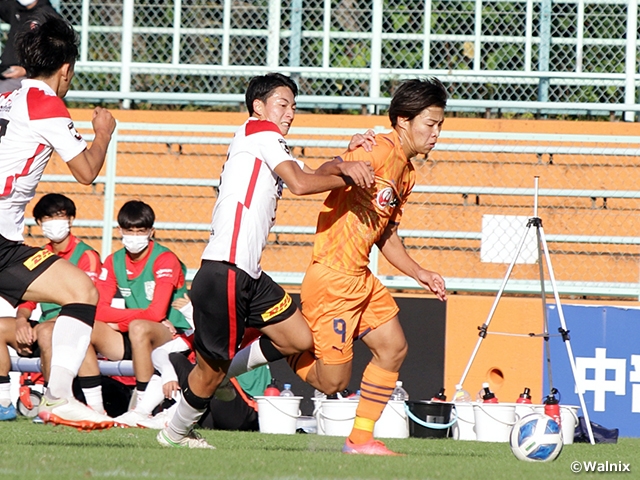 Sixth place Jubilo Iwata U-18 (Shizuoka) have had a tough time, with two wins and five losses in their seven matches played since entering October. The team's defence has lacked stability, as they lost 0-7 in their match against Sagan Tosu U-18 (Saga) on Sunday 17 October. MATSUDA Kazuki (#15) will try to lead the defence to help the team bounce back, as they will face the Tosu side once again this weekend. Tosu on the other hand, will seek to earn their third consecutive victory, as the team is coming off a win over Vissel Kobe U-18 (Hyogo), in which KIDO Harunosuke (#22) marked his first goal of the season.

Fifth place Gamba Osaka Youth (Osaka) will face the league leaders Sanfrecce Hiroshima F.C Youth (Hiroshima) this week. Despite trailing 14 points behind Hiroshima, G.Osaka still have more matches left to play, which means that a win this weekend will give them a legitimate chance to be in contention for the title. SAKAMOTO Isa (#11), who scored a hat trick in their last match, will be expected to play an active role in this match as well. Hiroshima on the other side, will try to duplicate their 5-1 victory from Saturday 16 October. TANADA Ryo (#10), who scored a hat trick in that match, will be the key player for the Hiroshima side. Stay tuned for the intense battle between two of the most attack-minded teams in the WEST. 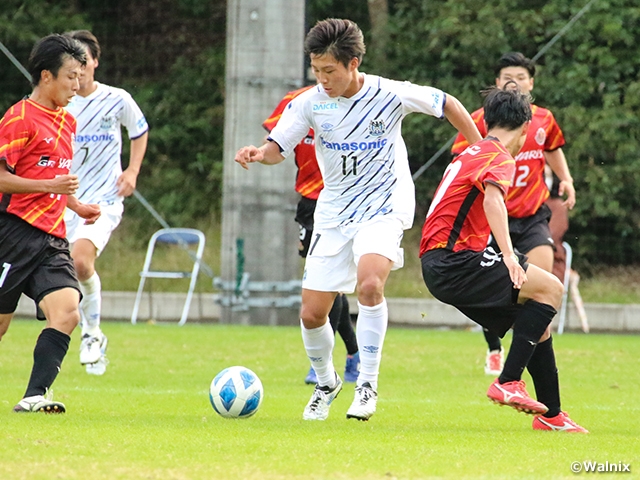