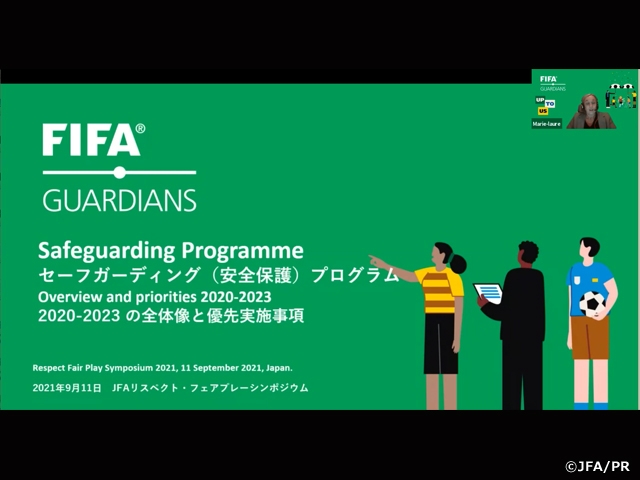 On Saturday 11 September, Japan Football Association (JFA) held the “JFA Respect Symposium 2021 – For the bright future of our children” online

With the support of the J.League, various federations, and regional/prefectural FAs, JFA has been holding the “Respect Fair-play Days” each year. The event is held to take a stand against any form of discrimination and violence in sports, while promoting the spirit of respect (to take care of others) and fair-play. This year’s “JFA Respect Fair-play Days 2021” will take place from Friday 10 to Sunday 19 September, as Respect/Fair-play oaths and banners will be held at various matches and tournaments during this period.

The symposium started with JFA President TASHIMA Kohzo delivering the keynote speech, as he mentioned about the WE League that was scheduled to kick off on the following day (Sunday 12 September) and shared his aspiration to “tackle on the issue of gender inequality from the football world.” He also spoke to the participants about his desire to open the doors of football for children, people with disabilities, and the LGBTQ community, and to change Japanese society from the football world.

This symposium particularly focused on the theme of protecting the children. FIFA’s Safeguarding Manager Marie-Laure LEMINEUR attended the symposium online to talk about how FIFA values the environment in which children are involved with football and its commitment to eradicate physical and verbal abuse from adults. She emphasised the importance of having everyone taking ownership of the issue.

JFA is also committed to protecting the children, as a report on the current status of JFA’s elimination of violence hotline was shared, along with a report on the JFA Safeguarding Policy, which is a zero-tolerance policy towards any type of harassment.

A panel discussion was held in which former member of the Japan National Team Mr. NAKAMURA Kengo participated, as the participants discussed ways to protect children from their own standpoints. Mr. Nakamura, who mentioned that he felt protected by the adults around him when he was a child, shared his take on the subject, “I would like to work with everyone, so that we can expand this activity with more coaches and parents.” 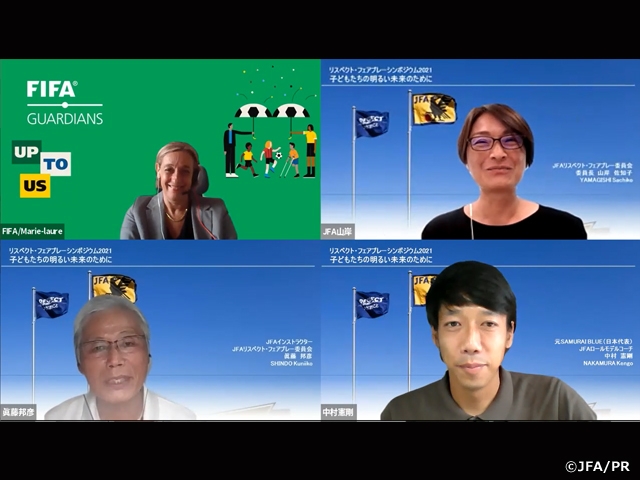 TASHIMA Kohzo, JFA President
First of all, we would like to respect our history. JFA celebrated its 100th anniversary on 10 September. There have been failures along the way, but we would like to learn from our failures to improve ourselves and make our steps toward the next 100 years. We will continue to value the players, coaches, referees, people, and football. To cherish history and take responsibility for the future means to cherish the children of today. We will continue to carry on our activities with the spirit of respect.

Ms. Marie-Laure LEMINEUR, FIFA Safeguarding Manager
We have the moral and legal obligation to protect children from danger. This is something that is enacted by the laws of many countries. The FIFA Safeguarding initiative is a marathon, not a sprint, and we need your support in order to achieve our goal. We need the member associations and continental federations to run the marathon with us. In this process, everyone is the FIFA Guardians. 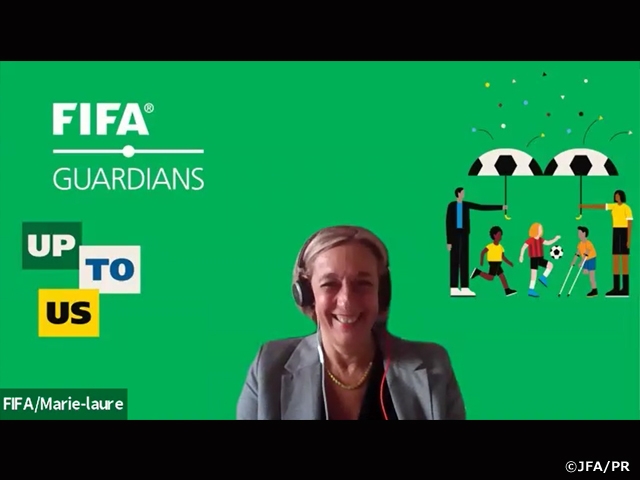 YAMAGISHI Sachiko, Chair of JFA Respect and Fairplay Committee
JFA is celebrating its 100th anniversary, and many people have paved the way for us over the past century. I strongly believe that we have the responsibility to give our children a bright future. This initiative to protect the children is something that started in the recent years, and it is truly a goalless journey. Our values and way of thinking changes as time changes. That is why we must update ourselves with the most current information and try to guide ourselves towards the right direction. We would like to continue to work with everyone and promote the activities to protect our children.