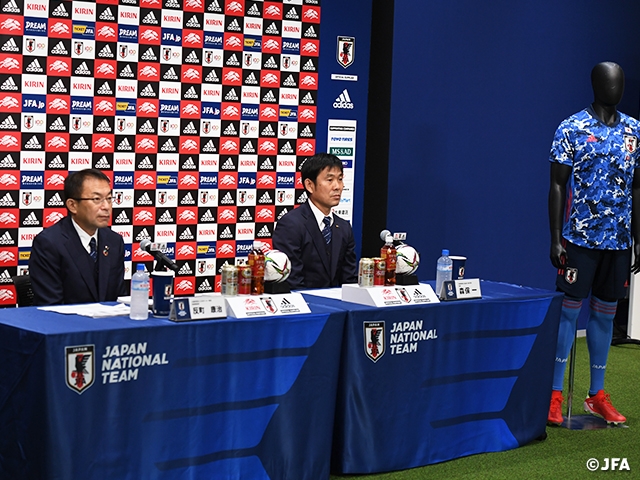 On Thursday 26 August, coach MORIYASU Hajime of the SAMURAI BLUE (Japan National Team) announced the team roster for the two fixtures of the final round of the FIFA World Cup Qatar 2022™ Asian qualifiers scheduled in September. The coach named players from the U-24 category who recently competed in the Tokyo Olympics, including TANI Kosei (Shonan Bellmare), while SHIBASAKI Gaku (CD Leganes) made his return to the squad for the first time in nearly 10 months. The team is scheduled to face the Oman National Team at Osaka and the China PR National Team at Doha.

Seeking to qualify for their seventh consecutive World Cup, Japan will be facing the two fixtures in September with a 24-man roster which is mainly composed of the players who fought in the second round, where Japan advanced through with a perfect 8-0 record.

YOSHIDA Maya (UC Sampdoria), ENDO Wataru (VfB Stuttgart), and ITO Junya (KRC Genk) were named along with MINAMINO Takumi (Liverpool FC) who scored nine goals in the second round. OSAKO Yuya (Vissel Kobe), who made his return to the J.League since 2014, and FURUHASHI Kyogo (Celtic FC), who recently made a transfer to Scotland, were also named into the squad.

From the U-24 Japan National Team, who reached the semi-finals at the Tokyo Olympics, Tani made his first call-up to the senior squad, after showcasing a steady performance at the Summer Olympics.

When asked about the selection process, coach Moriyasu explained that the players’ conditions and situations with their belonging clubs played major roles in making the decision, as he mentioned, “Looking back on the Tokyo Olympics, there are plenty of other players who deserve to be on this roster.”

On his selection of Shibasaki, who will be making his national team return since the Austria tour in November 2020, “He is aware of the world standards and what it takes to compete at the world stage. Through his performance, I hope he can guide the team to a higher level.”

Japan’s first opponent, Oman, is currently holding a month-long tour in Europe before entering Japan. China PR on the other hand, is currently under a strict travel ban, making it hard for them to host matches at their own country. Therefor, China PR will be holding their home matches at Qatar for the time being.

Regarding the two opponents, coach Moriyasu shared his impression, “After watching their performances at the second round, it could be said that they are well organised teams with great individual talents.” And continued to mention, “They will certainly build up their strategies during this preparation phase.” With that in mind, the coach shared his team’s approach for the upcoming fixtures, “We will try to input our opponents’ information as much as possible and prepare ourselves so that we can showcase our full potential.”

The coach also pointed out that he has been working to build the chemistry between the players of the U-24 and SAMURAI BLUE, “We have been working as a large group of the SAMURAI BLUE, with the motto of 1-team 2-categories. The players should be able to work seamlessly and showcase their usual performance.”

The SAMURAI BLUE will start their training camp on 30 August before facing the Oman National Team at Suita City Football Stadium (Osaka) on Thursday 2 September. The team will then travel to Doha to face the China PR National Team on Tuesday 7.

Coach Moriyasu concluded the conference by sharing his aspiration for the final qualification round, “All teams competing at the final round are going to be tough opponents. Although we are expecting difficult matches throughout the final round, we will enter each match with strong determination to prevail at the end.”

MORIYASU Hajime, Coach of the SAMURAI BLUE (Japan National Team)
The moment has arrived to compete in the final round of the FIFA World Cup Qatar 2022™ Asian qualifiers. We will be facing a series of tough battles, but we will prepare ourselves in the best way possible and give our best efforts to win each match, so that we can advance through to the main tournament. In order to win matches, we will thoroughly analyse our opponents and prepare for each match so that the players can showcase their full potential. With the state of emergency being declared at various regions, many people are living under great distress. We hope to showcase a performance that can deliver victory and energy to all of our supporters.

All the activities of the Olympic team and the SAMURAI BLUE have been carried out under the motto of 1-team 2-categories, in order to raise the overall level of football in Japan and to achieve the goals beyond the Olympic games. The players should be able to work seamlessly and showcase their usual performance. While bringing up players from the Olympic team to the senior squad, we hope to mix them with the players who were not selected for the Olympic team to test their chemistry and raise the overall level of the team. The players who participated in the Olympics definitely gained experience that allowed them to reach a higher level, while the players striving to reach the senior squad must have been inspired by the performance showcased by the Olympic team. Through the six hard fought matches at the Olympics, we were able to see the strengths and weaknesses of the Japan National Team. We hope that our players are able to make the most of these experiences and utilise them to raise the level of the team and individuals. 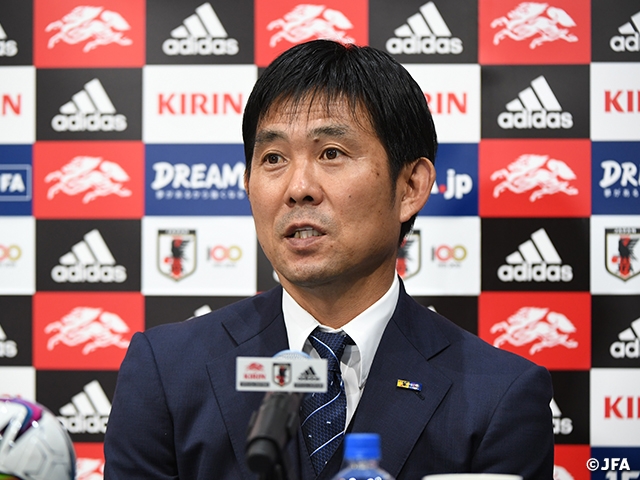 SORIMACHI Yasuharu, JFA Technical Director
The final round of the FIFA World Cup Qatar 2022™ Asian qualifiers is upon us. Despite the ongoing situation with COVID-19, we feel very fortunate to be able to start off the competition in Japan. We are grateful to all the people who has made this possible, starting with the Japanese government. The final round is a completely different competition compared to the second round. The significance of each match, the importance of the first match, the harsh away environment, and all the distress that comes with the corona-pandemic… In many ways, we are about to enter a tough competition, but we hope that the team will play with an unwavering heart and showcase the Japanese way to bring back positive results. With the conclusion of the Tokyo Olympics, we are seeing more people interested in football and the level of understanding towards the Japan National Team is on the uptick. We will give our utmost effort to support the SAMURAI BLUE and help them ride the momentum created by the Olympic team. 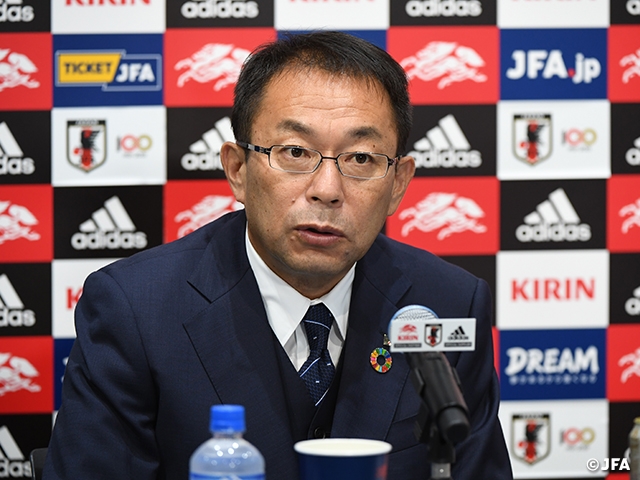