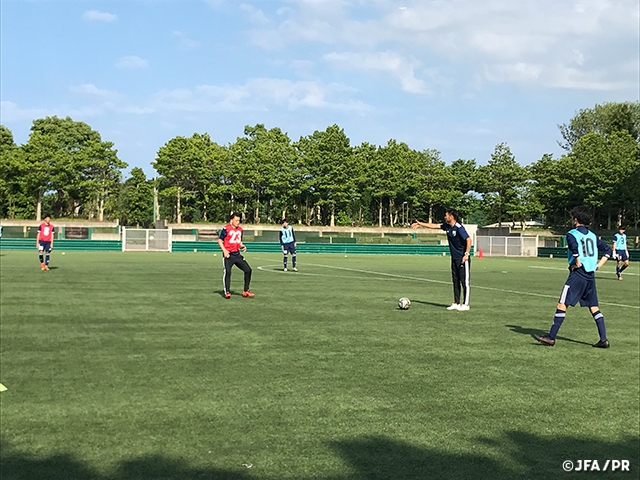 Module2 of the S-Licence Coaching Course 2021 was originally planned to be held only for the intensive course, but due to the extension of the semi-state of emergency in Chiba City, the venue and schedule were changed. A short-course was held on the first week at Kashima Heights, while online lectures will be held on the second and third weeks. We would like to express our sincere gratitude for the understanding and cooperation of many people, including Meikai University, who has supported the course by dispatching support players.

An extra day was added to the first week of Module2, as the section was held for five days. During this week, practical coaching sessions were held each day while taking preventative measures against the infection and heat stroke.

Groups were already decided by a drawing held on the last day of Module1, setting up new groups, themes, and system for everybody, which allowed the participants to devote their time to work on their tasks for five days. 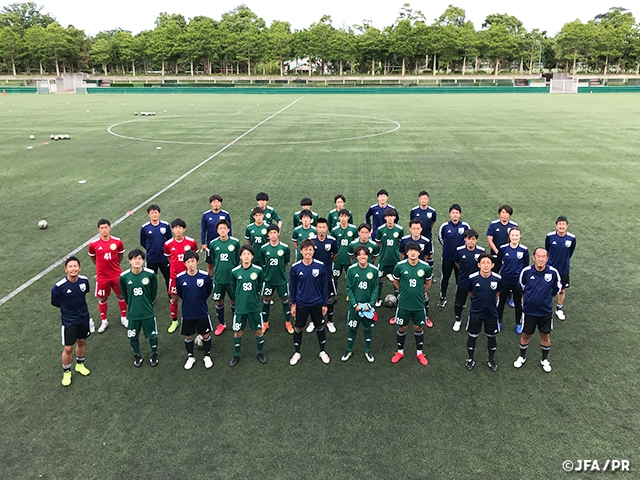 Mr. KIMORI Daisuke (Mito HollyHock)
First of all, I would like to thank everyone who has given their effort to make this course possible despite the ongoing pandemic.

We completed Module1 in April, and Module2 started on 31 May. Due to the extension of the semi-state of emergency in Chiba, the venue was moved from YUME Field to Kashima Heights. Since then, the schedule of the course has changed significantly, and the activity has become centred around the practical coaching sessions. Chief Instructor SUZUKI Jun has addressed that the goal of this course is “to become able to provide top-level coaching to professional teams and players.” Just as he mentioned, many coaches who have recently obtained the S-Licence have been appointed as coaches for J.League clubs one after another, and it really made me brace myself for what’s to come.

Same as last time, we were divided into groups of four people, where each participant took on the role of the head coach, assistant coach, GK coach, and physical coach. We took on each task while paying close attention to the relationship among the coaching staffs. We tried to understand the head coach’s strategies, plan ahead for various situations, and constructed the training menu based on our discussions. However, there were also cases where we couldn’t share the same vision, so we would actively exchange opinions to get ourselves on the same page. Since we were spending so much time discussing about our training plans, we got closer to our group members as time went by, and we started to share non-football topics, such as family, work, and old tales, which was very fun. As the course went by, we were able to gain lots of new ideas through the training plans developed by each group. This time we constructed our training plan based on the assumption that we were going to face a team with a 3-4-3 formation. While each participant faced various adversities, we were able to challenge ourselves and tackle on the tasks we were given. Throughout the coaching session, we were able to receive many feedbacks from the instructors and fellow participants, which was very inspiring and allowed us to broaden our perspective. We will continue to actively learn, challenge, and accumulate new knowledge and experiences, and strive to become a better coach.

Lastly, I would like to thank the Meikai University football team for helping us carry out the five day coaching sessions. We will give our best efforts to make the most of this experience. Thank you very much.

Next week we will share the report of Mr. KIM Jon-Fun (Kamatamare Sanuki). 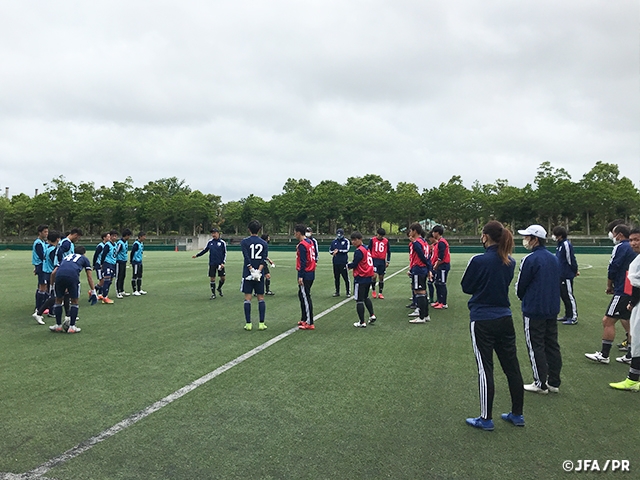