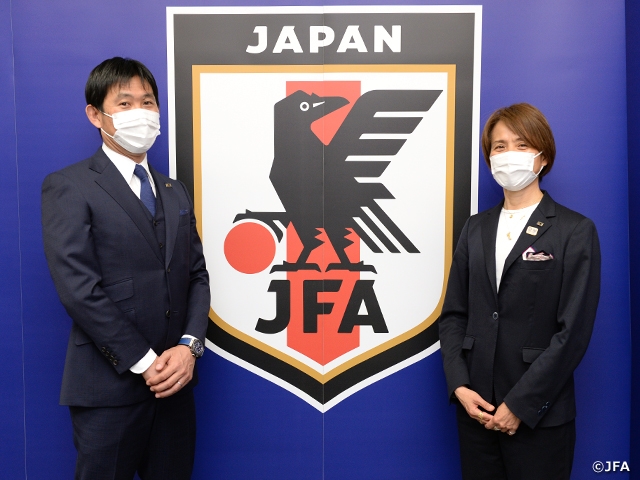 On Wednesday 21 April, FIFA hosted the Football Tournament draws for the Games of the XXXII Olympiad (Tokyo 2020) in Zurich, Switzerland. Coach TAKAKURA Asako of the Nadeshiko Japan (Japan Women's National Team) and coach MORIYASU Hajime of the U-24 Japan National Team watched the live-stream at JFA House, as the groups were being determined.

16 men's teams and 12 women's teams were drawn into seven groups, with groups A through D being set for the men’s event, and E through G for the women’s event. For both men’s and women’s event, eight teams will advance to the knockout stage.

As the host nation, U-24 Japan National Team was positioned in A1, while the Nadeshiko Japan was drawn into E1, as the two coaches anxiously waited for the groups to shape up through each draw.

The drawing for the men’s side took place first, as the U-24 Japan National Team was grouped with Mexico, who won the gold medal at London 2012, South Africa, who is making their second straight Olympic appearance, and France, who is making their 13th appearance. The U-24 Japan National Team will face the three teams in the order of South Africa, Mexico, and France.

Brazil, who is the gold medallist at Rio 2016, was drawn into Group D, along with Germany, Cote d'Ivoire, and Saudi Arabia. The two finalists from the previous Olympics, Brazil and Germany, will square off against each other at the group stage.

Four time champions, USA, was drawn into Group G, along with Sweden, Australia, and New Zealand.

Following the drawing, an online press conference was held where both coaches shared their aspirations. Coach Moriyasu started off by stating, “We feel excited that the Olympics is just around the corner, but at the same time, we are bracing ourselves for the tournament.” Coach Takakura followed by mentioning, “First of all, I feel relieved. I have been anxious about this for a few days, thrilled and excited at the same time, but I feel like we can finally calm down and start preparing ourselves.”

The football competition of the Tokyo Olympics will be held at seven stadiums, as the men’s competition starting on Thursday 22 July with the final scheduled to take place at International Stadium Yokohama on Saturday 7 August. While the women’s competition will start on Wednesday 21 July and hold its final at the Olympic Stadium (Japan National Stadium) on Friday 6 August. 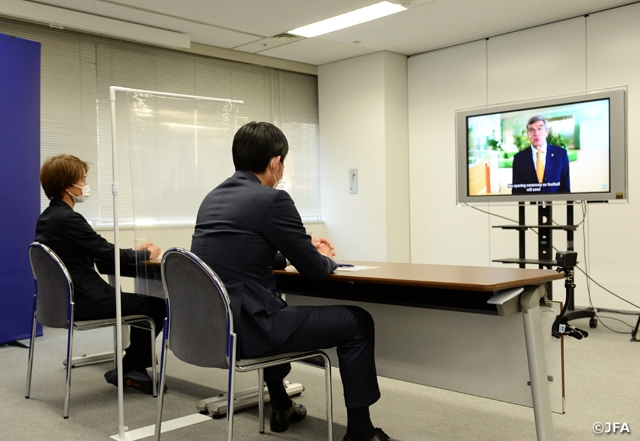 TAKAKURA Asako, Coach of Nadeshiko Japan
We have played against Canada many times and also faced Great Britain in other competitions as the England National Team, so we are familiar with most of the core players and their play style, but that is true for our opponents as well. We do not have much information on Chile, but knowing they are from South America, we can assume that they have great techniques as well as crafty tricks up their sleeves. However, regardless of who we face, we must first focus on executing our own football and build on the style we have been working on for the past years. It is important that we understand our own strengths and weaknesses before we start analysing the opponents. In competitions like the Olympics, the team must take a direct approach towards victory, so I will focus on staying on the same page with our players and strive to win each match. 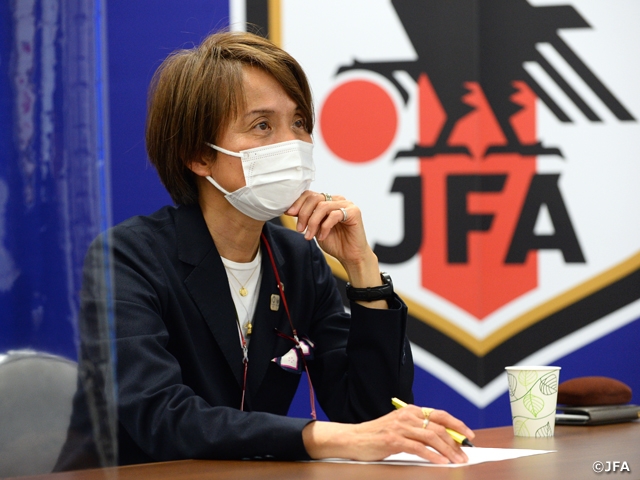 MORIYASU Hajime, Coach of U-24 Japan National Team
All the teams participating in the Olympics are strong teams, so my impression does not change significantly even after the groups has been set. I have the impression that South Africa consists of players with great athleticism, but they are also a well organised team who can play very systematically. Mexico is good at reading the flow of the match and have the flexibility to respond to any given situation on the pitch. This team has faced them in 2019, so we hope to utilise that experience to our advantage. France has won the 2018 FIFA World Cup Russia™, and they are loaded with world class players. I have the impression that many of their Olympic team players are currently playing in the top leagues in Europe. 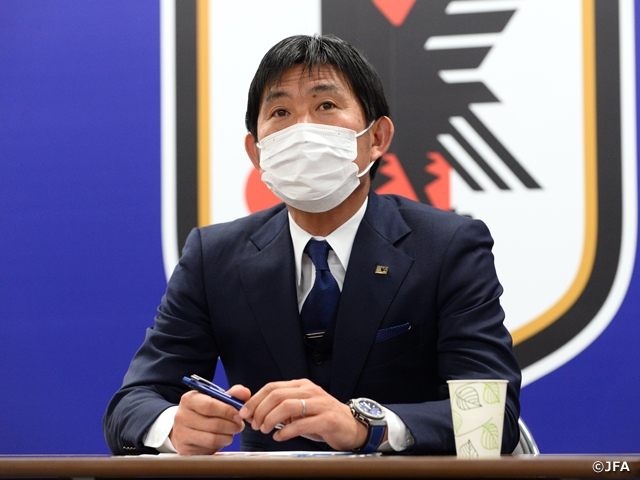