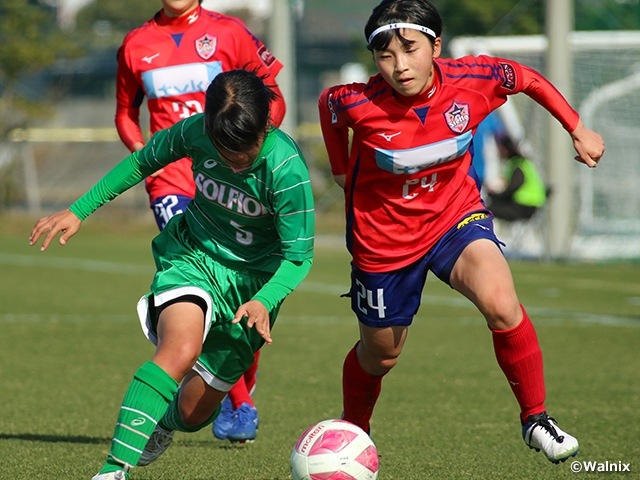 The second round of the JFA 24th U-18 Japan Women's Football Championship took place at J-GREEN Sakai on Monday 4 January.

The match between SolfioreFC (Chugoku1/Okayama) and Nojima Stella Kanagawa Sagamihara Due (Kanto5/Kanagawa) started with the two sides exchanging close blows, but the match entered halftime scoreless.

After both sides made changes during halftime, the substituted players thrived in the second half. The opening goal was scored by Nojima Stella in the 48th minute, when SASAI Chinari converted a loose ball following a CK. In the 52nd minute, Sasai caught the opposing GK out of position and scored a lobbing shot to double her team’s tally. Although Solfiore managed to cut the deficit in half with the 53rd minute goal scored by TAKAHASHI Hibana, it was once again Sasai who scored the goal for Nojima in the 59th minute, earning a hat-trick that sent the Kanagawa side to their second semi-finals in three years. 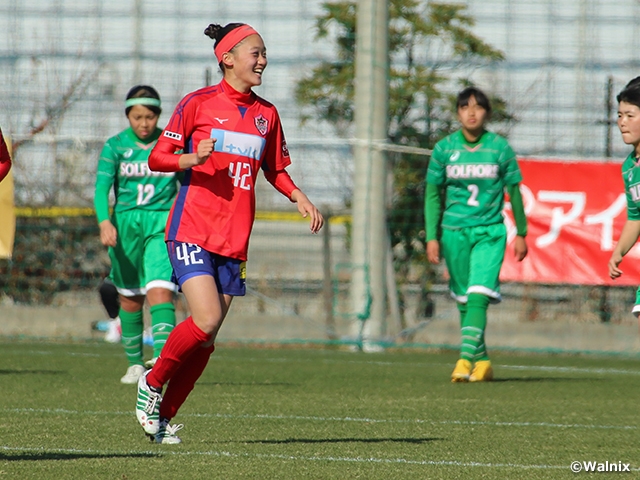 As the match progressed, Nippon TV took full control over the match. In the 47th minute, Yamamoto converted a cross sent by KASHIMURA Nana to make it 2-0. With MATSUNAGA Miyu and Yamamoto scoring back-to-back goals in the 54th and 56th minute, the Tokyo side showed complete dominance over Cerezo Osaka Sakai Girls (Kansai2/Osaka). HIWATARI Moka put the final nail in the coffin, scoring the fifth goal in the 80th minute, as Nippon TV cruised through the second round.

In the other two matches, Urawa Red Diamonds Ladies Youth (Kanto1/Saitama) and JEF United Ichihara Chiba Ladies U-18 (Kanto2/Chiba) both registered a shutout victory to advance to the semi-finals, which will take place at J-GREEN Sakai on Wednesday 6 January. 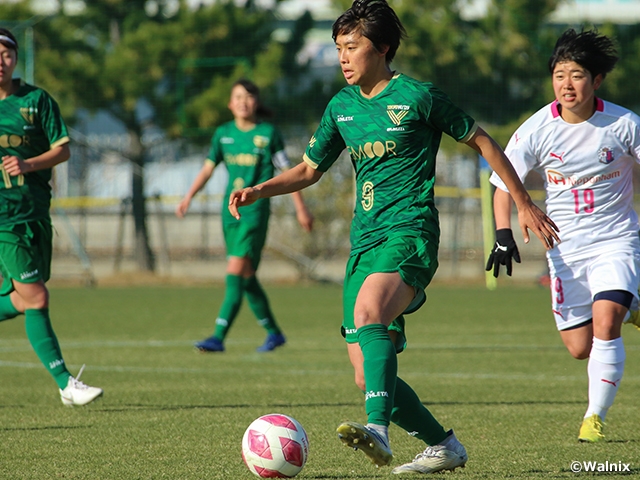 MATSUURA Asahi (SolfioreFC)
After reaching the semi-finals last year, we entered this year’s tournament with the goal of reaching the semi-finals. Although we gave our best efforts, our opponent was simply the better team today. We failed to make adjustments against the opponent’s substitutions, and that turned out to be the difference in this match. We had to play more aggressively after scoring our first goal. We hope to make the most of this experience to become a better team.

SASAI Chinari (Nojima Stella Kanagawa Sagamihara Due)
I was determined to score goals when I entered the match as a second half substitute. While watching the match from the bench, I recognised that the opponents were applying aggressive pressure against us, but once I got onto the pitch, I was able to showcase my usual performance. I am happy that I was able to contribute to our team’s victory. Our club has never got past the semi-finals at the U-18 and U-15 category, so we hope to make history by winning the semi-finals.

YAMAMOTO Yuzuki (Nippon TV Tokyo Verdy Menina)
When we faced them at the second round last year, we failed to score goals and won the match in PKs, so we entered this match with a strong intention to win the match within 80 minutes. It was great that we managed to score the opening goal and carry that momentum into the second half to win the match. At the semi-finals, we will be facing the opponent we lost at the final last year, so we will feed off of that bitter experience and try to enjoy ourselves on the pitch to win the match.

KAWAGISHI Emika (Cerezo Osaka Sakai Girls)
This was an opponent we lost to in the previous two tournaments, so we entered this match with strong determination to win the match. After entering halftime down by a goal, we failed to pick up our pace in the second half. Our opponent had the upper hand in terms of pass-works, fundamental skills, and endurance. Although we thoroughly prepared ourselves for this match, there were plenty of room for improvements, so we hope to work even harder to strengthen ourselves both a as a team and as individuals. 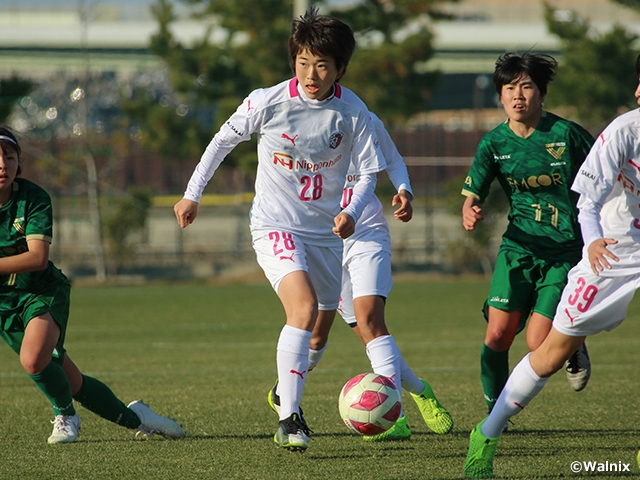