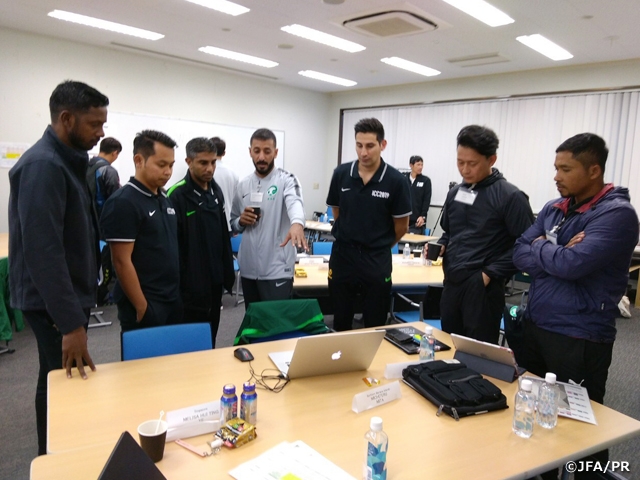 The purpose of the course is to improve the level of football coaches in Asia, while providing a platform where coaches from Japan and other Asian countries can exchange information, and this year marked the 10th time the course has been held.

This year’s course focused particularly on the theme of “Elite player development,” where a total of 28 coaches from 20 Asian countries and regions participated. The participants included national team coaching staffs, technical and coach development directors, academy coaches, and women’s football coaches, who are involved in developing elite players at their respective countries and regions.

During the lecture sessions, the participants were introduced and held discussions on the Japanese player development system, the activities carried out by the U-20 Japan National Team, and topics on physiological aspects of the elite player development. The participants were also given the opportunity to observe the training sessions and matches of JFA Academy Fukushima, National Training Centre U-14/U-13, and the AFC Champions League 2019 final. 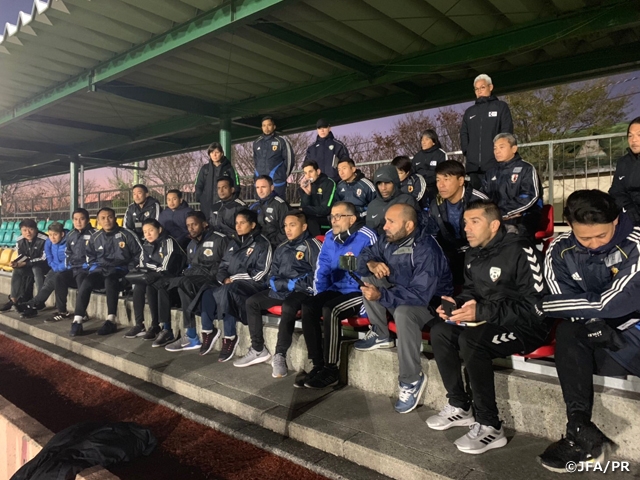 Many discussions were held during the course, allowing the participants to actively interact and spend a productive time with each other.

As part of the programmes to promote cultural exchange among Asian countries including those of ASEAN, the Japan Foundation Asia Center, JFA, and the J.League, collaborated to launch the JFA International Coaching Course on 13 November 2014. 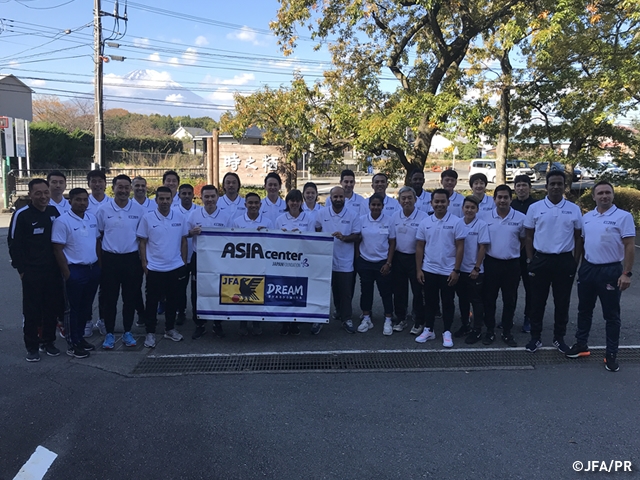 KIMURA Yasuhiko, JFA Youth Development Assistant Director
This year, the International Coaching Course spotlighted the theme of “Elite player development,” where we broke down the theme into six topics; ① Player scouting system, ② Activities of FA/Club academies, ③ Activities of youth category national teams, ④ Suitable environment for elite players, ⑤ Scouting and developing female players, ⑥ physical training for elite players. During the course, the participants were given lectures on the Japanese system and paid visits to observe the actual training sites. To facilitate multilateral information exchange, the participants were also given opportunities to hold presentations on their own countries’ player development systems, and conduct group works and discussions to share different values.

In the section where we discussed about player scouting system and youth development, we used the National Training Centre as an example and paid a visit to observe the trainings of the U-14/U-13 teams. As the participants evaluated the players and their plays on the pitch, many seemed to be surprised by the quality of the players’ techniques. Through their observations, the participants shared their point of views, as one participant from Guam mentioned, “These players are all playing at a very high level, and it’s hard to narrow down the selection from here.” A Chinese coach pointed out, “The match was managed by a single referee, but none of the players made any objection to the referee. This shows the fair play spirit of the Japanese players.” Another coach from Saudi Arabia also shared his take, “There were very few players playing aggressively in front of the goal.” The participants then discussed the difficulties of scouting and evaluating young talents, especially with consideration of different growth curves among individuals. They also went onto discuss regarding eight-sided football played in the U-13 category and about the goal size.

We touched on the subject of environments surrounding the elite players by sharing information of the development leagues, such as the Premier League and the Prince League. To make sense of the topic, we took the participants to a Prince League match between JFA Academy Fukushima and Teikyo University Kani Senior High School. In many countries, these types of development leagues are not available, and the participants learned the importance of having a competitive league that matches their skill level. A player development director from Korea Republic mentioned, “In Korea, club teams and high school teams are at a different level, so they cannot compete in the same league. However, here in Japan, many high school teams are competing against club teams at the top league of the U-18 category, which is a wonderful thing to see.”

During their presentations, the participants shared the issues they are currently facing in their country, such as, “Limited quantity and quality of coaches,” “Lack of scouting methods and systems,” and “Limited activities conducted by the national team.” To address these issues, the participants gave ideas and shared their opinions to improve coach development systems, player data management, workshops to find new talents, and the formats of the AFC tournaments. Through the discussions, it was evident that each country had their unique issues resulting from their own culture, as a coach of the U-16 India National Team shared their issue, “India has 27 different languages within the country, and it makes it difficult to communicate with players from different regions.” Substantial cost to scout and assemble players was listed as an issue for large countries like Australia and small island countries like Maldives, consisted by 1,110 islands.

On the final day, the participants observed the ACL 2019 Final match at Saitama Stadium to watch the highest level of football played in Asia. Through the course, we were given the opportunity to hear precious opinions and feedbacks regarding the Japanese player development system from the participants. We were also able to construct a network among coaches from different countries. The open-mindedness and positive attitude displayed by the participants gave me the impression that their passion and love towards their players will certainly play a key role in the development of Asian football. I sincerely hope to see an Asian country win the World Cup in the future.

Mr. Kevin GRIMA (Participant from Football Federation Australia)
The sessions held during the course and the presenters were all top class, and we were able to deepen our understanding about the vision and philosophy of the Japanese youth development system. The participants were also given the opportunity to share our experiences and the issues we are facing at our own countries. I would like to thank the JFA for holding this International Coaching Course.

Mr. CHEUNG Kin Fung (Participant Hong Kong Football Association)
I am very thankful for the JFA for conducting the International Coaching Course 2019. As a coach, I only knew about Japanese football on the pitch, but through this course, I was able to learn their history and structure, especially in the areas of youth development. It was refreshing to learn that the JFA academies are conducting many activities outside of football, and I feel that it can be implemented to the football academies in Hong Kong as well. I am grateful to be given this opportunity to make new friends from other countries.