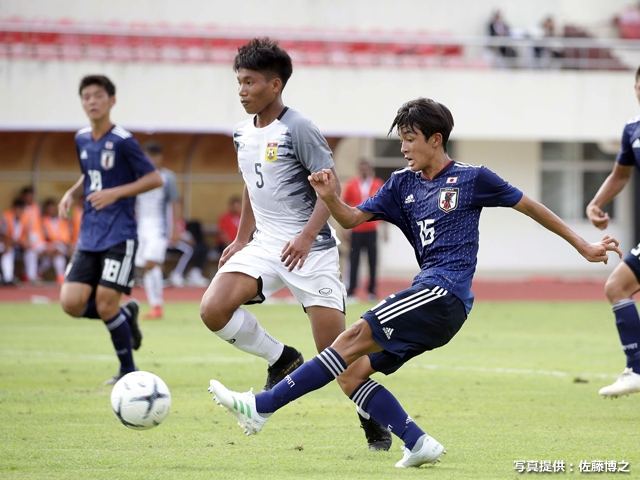 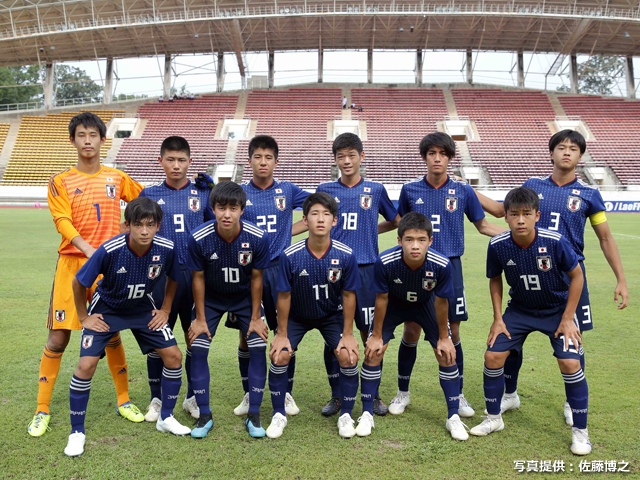 The match started out with the Japanese squad stumbling to find their pace, as Laos gained momentum from the support of the home crowd. Japan struggled to connect their passes in offence, while they failed to apply pressure in defence, as the match progressed with Laos taking the initiative in the early minutes.

However, despite their struggles, Japan managed to score the opening goal in the 25th minute, when SUZUKI Hiroto (Gamba Osaka Junior Youth) converted the loose ball that came off the opposing goalkeeper, following a shot taken by FUKUI Taichi (Sagan Tosu U-15). NARAHARA Yoshiki (Sagan Tosu U-15) followed just moments later, as he scored a goal to double Japan’s lead in the 26th minute. With the two goals, Japan finally found their rhythm and started to take control, as the match entered halftime with a score of 2-0.

The momentum carried over to the second half, as Japan continued to show their dominance. In the 63rd minute, Narahara delivered a cut-back towards the centre, allowing YAMAZAKI Taishin (Yokohama FC Youth) to slot the ball into the goal, making it 3-0. Suzuki Hiroto converted a header in the 75th minute to mark his second goal of the match and gave Japan a four goal lead.

With the Lao players running out of gas, Japan showed great ball movements to take control of the match. Despite the early struggles, Japan managed to earn a 4-0 victory in the crucial first match of the qualifiers.

On this day, many Japanese supporters, including Mr. TAKEWAKA Keizo, the Ambassador Extraordinary and Plenipotentiary of the Embassy of Japan in the Lao PDR, attended the match at New Laos National Stadium to support the U-15 Japan National Team. 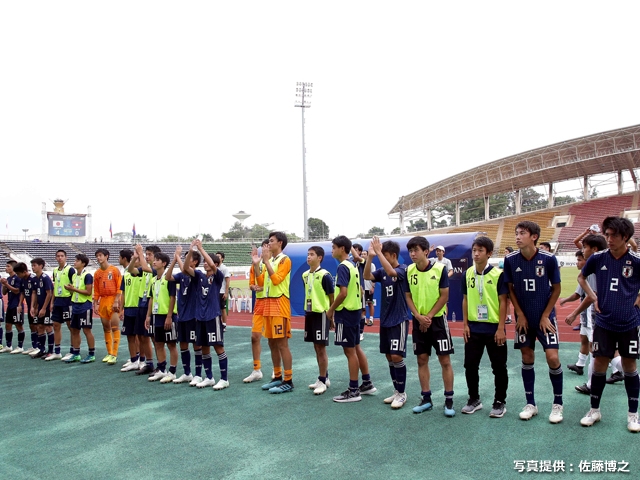 MF #10 YAMAZAKI Taishin (Yokohama FC Youth)
In today’s match, we were overwhelmed by the stadium’s atmosphere and struggled to find our rhythm in the early minutes of the match, but we gradually picked up our pace and earn the win at the end. However, we still need to improve the quality of our plays at the final third and respond quicker to the second balls. We will address these issues ahead of the next two matches and try to improve ourselves through the course of this group stage. We hope to advance to the main tournament by winning all three matches.

MF #16 NARAHARA Yoshiki (Sagan Tosu U-15)
Although we showed some struggles in the early minutes of the match, we managed to play with confidence as the match progressed. We were able to create many opportunities, so we just need to heighten the quality of our plays in front of the goal to convert those chances. Despite scoring four goals in today’s match, we still had many wasted opportunities. After scoring a goal and assisting two goals, I am happy with my performance. We hope to share both the positive and negative aspects of this match and implement them to improve our overall performance as a team.

FW #18 SUZUKI Hiroto (Gamba Osaka Junior Youth)
We couldn’t find our rhythm in the early minutes of this match against Laos, but overall, we did a good job of keeping possession of the ball. However, we had to score more goals, and that is an aspect we must improve on. Although I was able to score two goals, there were many aspects I felt like I need to improve on. We will assess today’s match and work to improve our performance ahead of our next match. We will be facing Cambodia and Malaysia under this hot weather, but for now, we will focus on winning our next match against Cambodia.