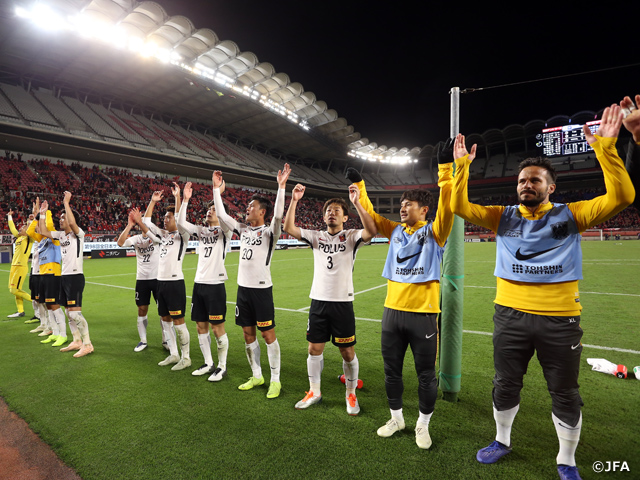 It was Kashima who took the initiative at the early minutes of the match as they showcased quick and collective approach to win the ball. Once they forced turnovers by applying two, three players, they created opportunities through their quick ball movements. In the 11th minute, YAMAMOTO Shuto came close to capturing the goal from a left corner kick, but his header went just wide of the goal. NISHI Daigo followed in the 19th minute when he connected with a cross delivered from the right flank, but his attempt sailed over the cross bar.

Despite facing a tough stretch from the start of the match, Urawa managed to capitalise on their first opportunity. In the 27th minute, a superb cross delivered by KASHIWAGI Yosuke sailed over the Kashima goalkeeper KWOUN Sun-Tae and found MAURICIO at the far side, who converted the chance with a header to give Urawa the opening goal. 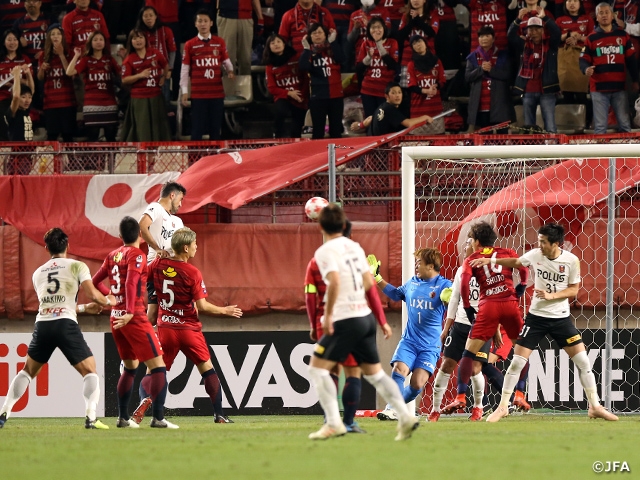 The match entered a see-saw game in the second half, but it was Urawa who came close to capturing the next goal, when MUTO Yuki dribbled his way into the area, but his attempt was saved by the opposing goalkeeper Kwoun. In efforts to level the match, Kashima rallied back in the closing minutes of the match. They came close through the efforts made by SUZUKI Yuma and set-pieces, but the match heard the final whistle before they found the back of the net.

Following the high-level match, Urawa’s Coach Oswaldo OLIVEIRA, who had his 68th birthday on this day reflected on the match, “The match between two of the biggest clubs in Japan showcased a worthy battle with great intensity.” The coach continued by sharing his aspiration ahead of the final, where his team will be seeking for their seventh title, “We will give our very best to prepare ourselves and perform to our fullest.” 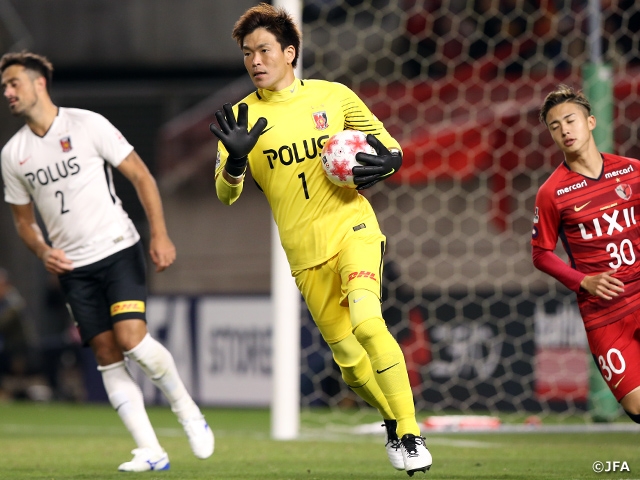 Oswaldo OLIVEIRA, Coach (Urawa Red Diamonds)
It was a very difficult match. Kashima is a wonderful team. I have congratulated Coach OIWA Go for his efforts that led his team through the tough battles of the J. League, ACL, and the Emperor's Cup. Despite rotating their squad, they have managed to perform superbly and leave great results at both the league and the cup matches. Earning a victory against such team means a lot for us. The match between two of the biggest clubs in Japan showcased a worthy battle with great intensity.

FW #30 KOROKI Shinzo (Urawa Red Diamonds)
Our coach has gotten much milder since his time with Kashima. Back when I was playing under him at Kashima, I was still young, and he would always tell me to keep running, but now he allows me to take it easy. However, the meetings held prior to these big matches tends to take up a lot of time. Before he arrived to our team, we used to give up goals in matches like today, but since he took over the team, we have been able to sustain our lead.

OIWA Go, Coach (Kashima Antlers)
We performed well today but conceded a goal from a set-play that we were aware of. The goal has ultimately disabled us from playing our style of football. I told my players that they performed well and that I am proud of their attitude, but at the same time, I stressed the fact that we are a club that are expected to make a deeper run. The result is very disappointing, but we must accept it as reality and finish up our season strong.

MF #30 ABE Hiroki (Kashima Antlers)
We managed to start off the match in great shape. We were able to attack with great intensity while avoiding our opponents from creating counter attacks. However, it was unfortunate that we conceded from the one chance we gave up to our opponents. The fact that we couldn’t score a goal is a problem, but more than that, the fact that we conceded the goal really hurt us. We have been able to create many opportunities, but we must allow the players with creativity to get more involved to our plays. We will now reset our minds to prepare ourselves for the FIFA Club World Cup.