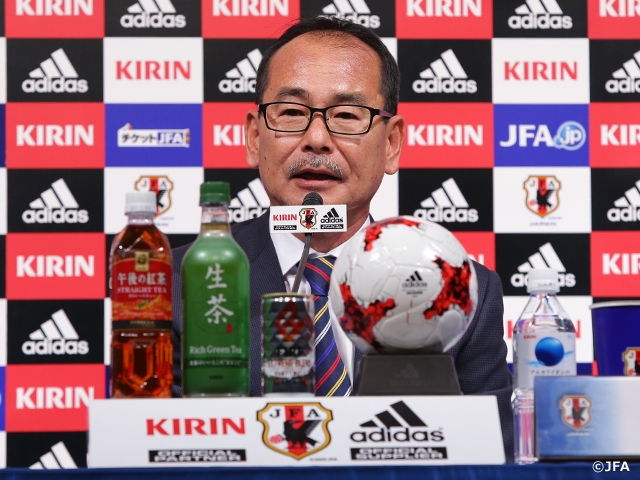 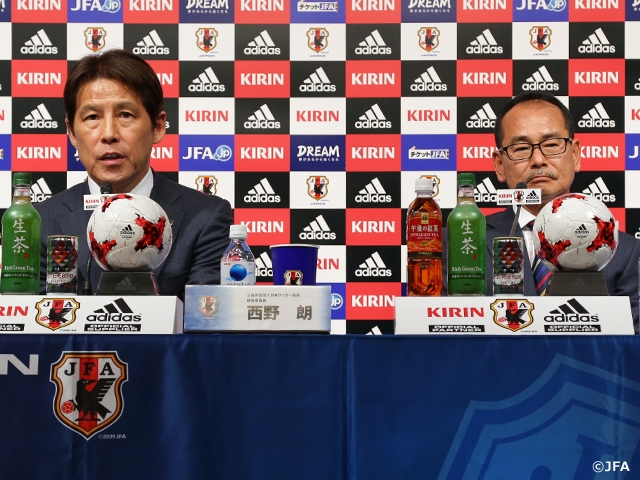 UCHIYAMA Atsushi, Coach
I have called 83 players in total since I established the team back in 2015. Bearing in mind this two-year buildup, I confidently selected players for the team, who are currently in the best condition to perform. After booking a place in the AFC U-19 Championship six month ago, we have been working on each player’s judgement and flexibility in plays as well as tenaciousness in defence through tours in South America and Germany. We’d like to get through the group stage of the FIFA U-20 World Cup Korea Republic 2017, aiming at the top spot in the knockout stage as a united team. We’d like to go as far as possible to live up to everyone’s expectation.

NISHINO Akira, JFA Technical Director of Technical Committee
In the AFC U-19 Championship last October, we managed to succeed in booking a place in the coming FIFA U-20 World Cup Korea Republic 2017. We’ve been preparing, using our limited time together, through tours in South America and Europe. All the players, who were chosen, are very competitive and have got positions back in their clubs. We’d like to challenge as Asian champions and confidently show the world Japanese football. I expect the players will encounter extraordinary opponents or unpredictable teams. Since players in this generation are to take the initiative in the Olympics and further future for football, I hope they will get a lot of experience, which will have a positive influence on Japanese football. I look forward to their performance.