TAKAKURA Asako takes over as coach of Nadeshiko Japan 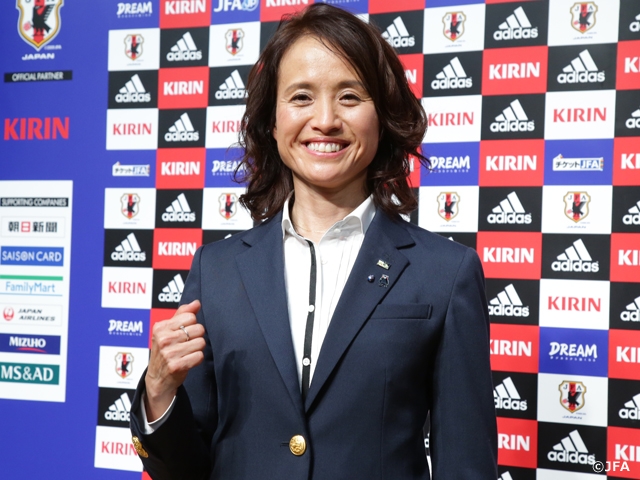 Born on 19 April, 1968 in Fukushima, Japan, as a player she played for FC Jinnan, Yomiuri Soccer Club Beleza, Silicon Volley Red Devils (USA), etc. As a Japan women’s national player, she capped 79 matches and scored 30 goals (including ones at 1991/1995 World Cups, 1996 Olympics). In her coaching career, she was awarded four consecutive AFC Coach of the Year (Women’s) since 2012.