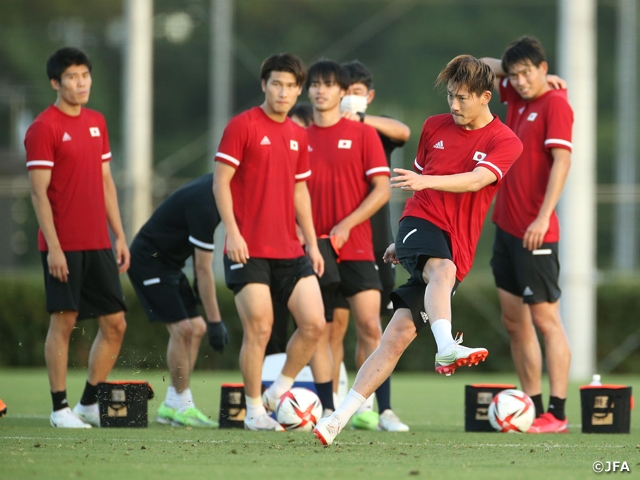 The bronze medal match of the Games of the XXXII Olympiad (Tokyo 2020) men's football tournament is scheduled to take place on Friday 6 August. After losing to Spain at the semi-finals, the U-24 Japan National Team will face Mexico, who lost to Brazil in the other semi-final match.

Japan will enter the bronze medal match with two days rest after playing 120 minutes against Spain. The team will face a tough challenge to maintain their physical condition, but more importantly their mental condition.

TOMIYASU Takehiro (Bologna FC 1909) who was suspended for the semi-finals mentioned, “It will be difficult. Some players may not be able to reset their minds, but the match will not wait for us.” 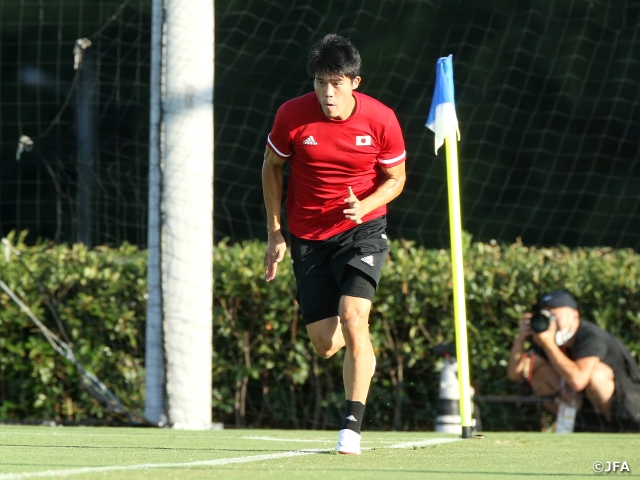 How they organise their emotions and prepare for this match will be a key factor for the team’s success, as coach MORIYASU Hajime shared his take following the semi-final match, “There is a big difference between an Olympian and a medallist. YOSHIDA Maya (U.C. Sampdoria) and SAKAI Hiroki (Urawa Red Diamonds) have experienced losing in the semi-finals and coming home empty handed at the 2012 London Olympics, so they know exactly what this means.”

The Japanese coach continued to mention, “My job is to provide an environment where the players can recover as much as possible ahead of the match against Mexico. I need to monitor the team so that they can be in the best physical and mental condition as possible.”

After playing 120 minutes against Brazil at the semi-finals, Mexico will be entering the bronze medal match under the same circumstance as Japan, as coach Moriyasu commented, “Mexico played through overtime and penalty shoot-out at the semi-finals, so they must have gone all-out in that match. In that sense, we are in the same boat.” 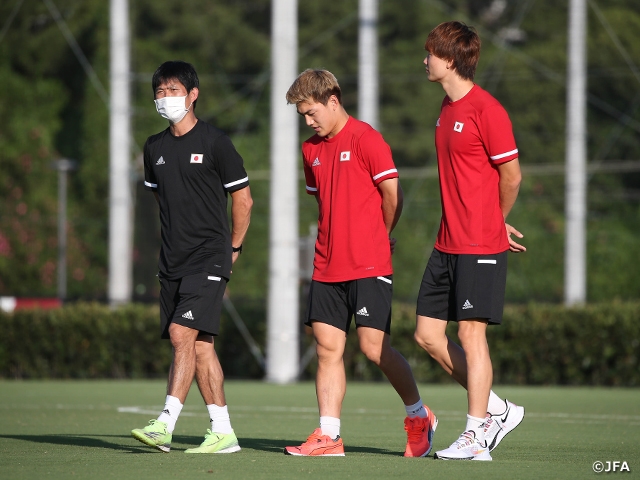 At the training session held on Wednesday 4 August, one day following their semi-final match, most players were seen going through light recovery menu, while seven players trained with high intensity.

One of them was HASHIOKA Daiki (Sint-Truidense V.V.) who pointed out, “Coach Moriyasu has continuously mentioned that the over-all strength of the team is being tested. How much the reserve players can contribute for the team will be a key factor.” The full-back continued to comment, “Everybody is mentally ready and anticipating for their chance to play on the pitch. Including myself, we are in great condition, so we will prepare ourselves as if we are starting in the next match.”

Although Japan has won against Mexico 2-1 at the group stage, Tomiyasu mentioned that they need to forget that match, “We managed to score two early goals in that match to take control of the match, but our next match will not go that easily.”

Despite playing with a man down, it was Mexico who showed their dominance towards the end of the match, proving their superiority in terms of raw talent, as Hashioka mentioned, “On top of their high individual skills, they play with great intensity to fight for the ball.” 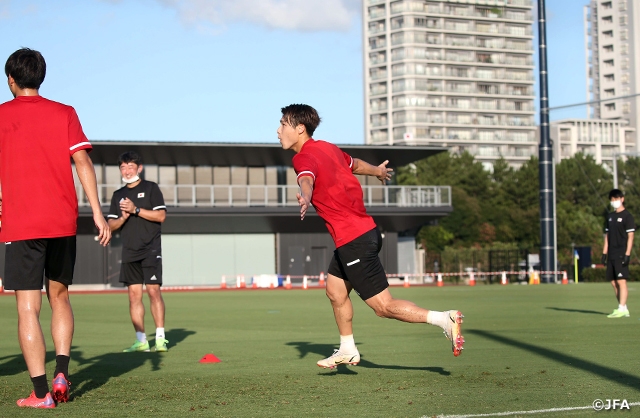 The last time Japan won the bronze medal was at the 1968 Mexico City Olympics, in which they faced Mexico at the bronze medal match. Japan made history in front of the crowd of 100,000 fans attending Aztec Stadium, thanks to the brace scored by KAMAMOTO Kunishige.

53 years later, Japan will now face Mexico in the bronze medal match as the host country. 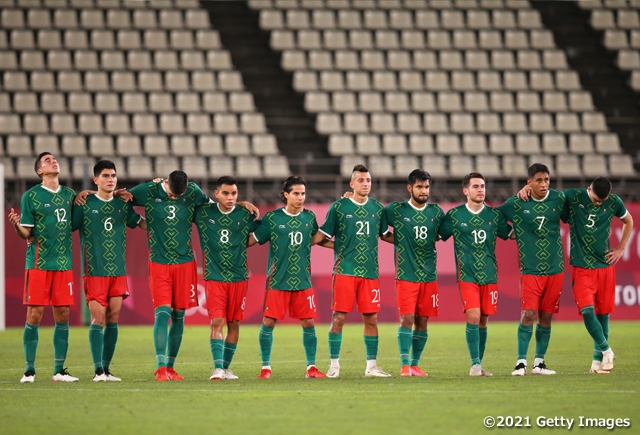 TANAKA Ao (Fortuna Dusseldorf) shared his aspiration for the match, “This is a very good team, so we hope to win the medal to leave an impression to everyone’s memory. I think we are capable of doing that, so with the support of all of our fans, we will give our best efforts to win the medal and finish the tournament on a high note.”

The bronze medal match of the Games of the XXXII Olympiad (Tokyo 2020) men's football tournament is scheduled to kick-off at 20:00 on Friday 6 August at Saitama Stadium. This will be the last match for the U-24 Japan National Team who have been launched to compete for the Summer Olympics. Please stay tuned for their final performance.