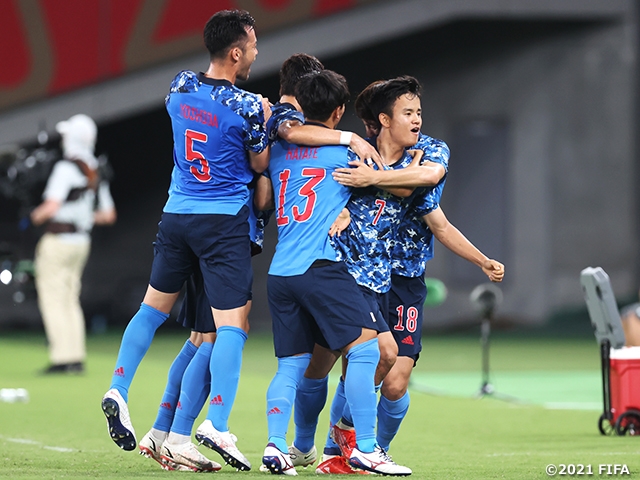 On Thursday 22 July, the Games of the XXXII Olympiad (Tokyo 2020) men's football tournament kicked-off at various locations nationwide. In Group A, the 2012 London Olympic champions Mexico defeated France 4-1 at Tokyo Stadium, making a strong case for themselves to reclaim the Olympic title.

The second fixture in Group A featured the match between Japan and South Africa, as the host country stepped on the pitch. After it was reported that TOMIYASU Takehiro (Bologna FC 1909) suffered an injury during a practice session held on the day before, ITAKURA Kou (Manchester City) started in the centre-back position with team captain YOSHIDA Maya (U.C. Sampdoria), while the rest of the line-up featured the same players from their match against Honduras in the KIRIN CHALLENGE CUP held on 12 July. 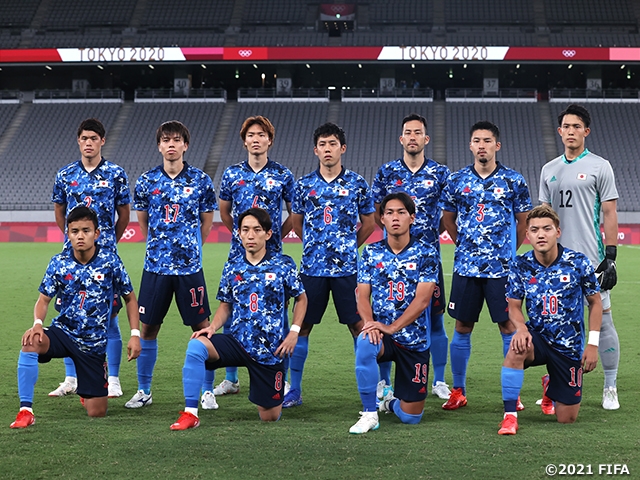 The match started with South Africa laying a block in the centre with a 5-4-1 formation, as they anticipated for their opportunities to counter Japan. While taking control over the ball possession, Japan sought for their chances to score a goal, but struggled to find an opening through the South African defence line.

When asked if he was nervous for the match, Yoshida mentioned, “I was feeling it. It was somewhat expected, but there was this unique atmosphere.” Just as the veteran defender reflected, the team was having a difficult time finding their rhythm as they made uncharacteristic mistakes during the first half. 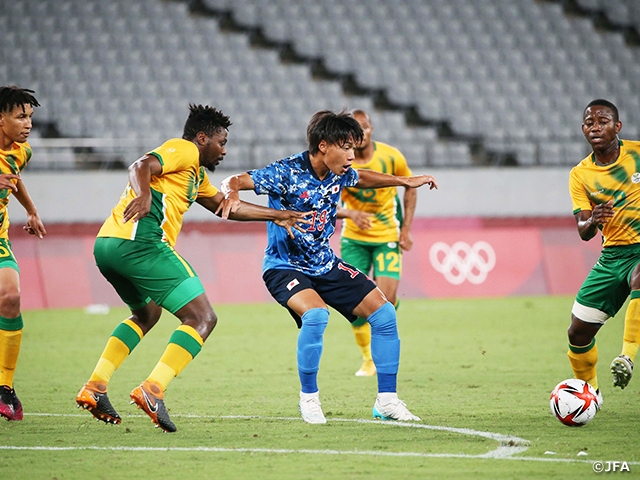 After being kept scoreless in the first half, the Japanese players reminded each other to keep their composure, which allowed them to pick up the pace and effectively utilise the width of the field in the second half.

The golden moment came in the 71st minute, as TANAKA Ao (Fortuna Dusseldorf) reflected, “When I looked up, I wanted someone to make a run into that space.” 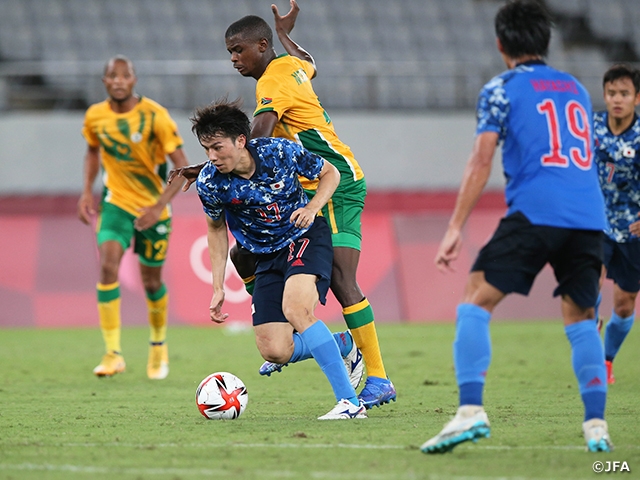 The long feed delivered by Tanaka found KUBO Takefusa (Real Madrid) waiting at the edge of the box on the right side. As he superbly controlled the ball, Kubo took on a defender before striking a pin-point shot that struck the far post before finding the back of the net, as the Japanese ace later reflected, “It was a shot I have practiced countless times.”

In efforts to level the match, South Africa rallied in the closing minutes, but Japan brought in MACHIDA Koki (Kashima Antlers) to close out the match and secured three points in their first match.

Following the match, coach MORIYASU Hajime commented, “Although we struggled to find ways to score a goal, the players showcased great patience to book a win. We will need to keep our cool and continue to play with composure in our upcoming matches.” The U-24 Japan National Team will now face the U-24 Mexico National Team on Sunday 25 July at Saitama Stadium 2002. 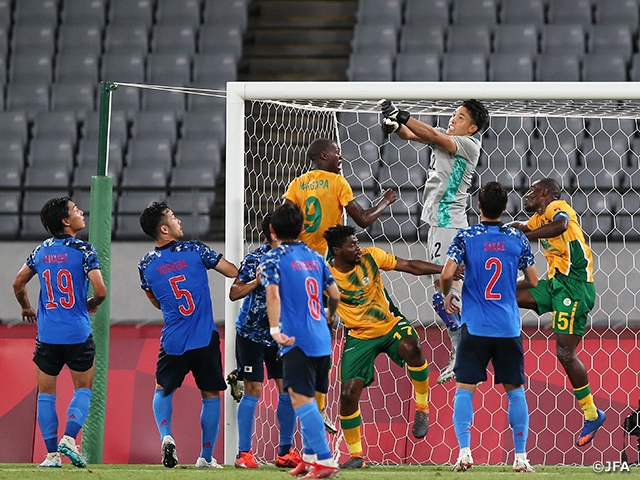 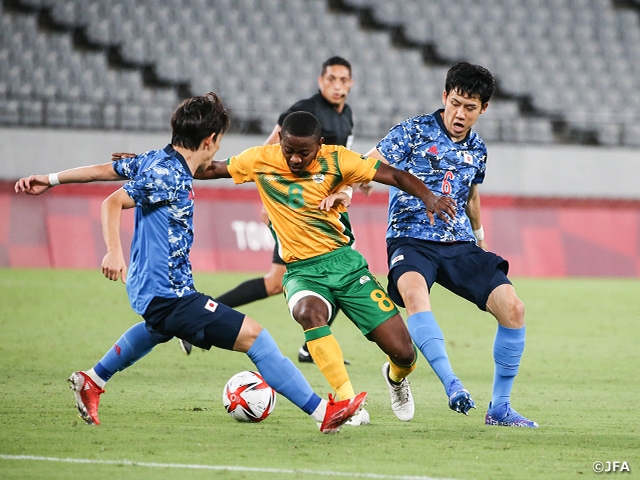 MORIYASU Hajime, Coach of U-24 Japan National Team
The over-age players did a fine job of taking control of the match, while the U-24 players managed to keep their composure even in situations where they could have easily lost their cool. We are not certain of the details, but we are hearing that there have been some upsets in the other fixtures. It just reminds us that anything is possible in football, and that is something we need to keep in mind.

DF #5 YOSHIDA Maya (U.C. Sampdoria/Italy)
I feel that we were able to obtain the minimal result, as we needed all three points from this match. We played too passively in the first half, but we knew our opponent was going to slow down in the second half. Kubo did a fine job of scoring a goal when we need it the most. Our defence also did a great job to stay patient. However, this was no where close to our best performance, and we could have done a better job especially after taking the lead.

DF #4 ITAKURA Kou (Manchester City/England)
I was unexpectedly given the start after a slight accident, but I was fully prepared to play, as I am always anticipating for my opportunity to play in a match. This was a match we couldn’t afford to lose, so it was great that we were able to earn three points. It wasn’t an easy match, but I feel that we were able to play with a good amount of nervousness.

MF #7 KUBO Takefusa (Real Madrid/Spain)
Looking back on the goal scene, I was anticipating for Tanaka to deliver that ball, so I was already visualising how I was going to control the ball even before he passed the ball. I was able to control the ball just the way I wanted, and after missing a shot towards the near post in the first half, I focused on making firm contact to strike the ball towards the far post. I am glad it went in.