On Friday 4 June, one day ahead of the international friendly match against the U-24 Ghana National Team at Best Denki Stadium (Fukuoka), coach YOKOUCHI Akinobu of the U-24 Japan National Team appeared in an online press-conference and shared his aspiration to “execute our game plan and showcase a strong performance.”

Following their match against the SAMURAI BLUE in Sapporo, the team was on their way to travel to Fukuoka but found out that their charter flight was delayed due to inclement weather. So the team returned to Sapporo Dome and held a light training session until their flight was cleared.

Despite the unexpected schedule change, coach Yokouchi mentioned that the team utilised the extra time to hold meetings at the airport, “There were no issues. In fact, some of the players were actually enjoying the situation.” 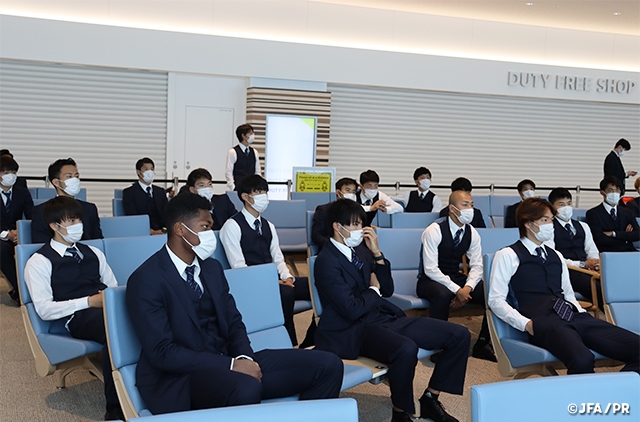 Veteran player YOSHIDA Maya (U.C. Sampdoria) who has over 100 caps with the Japan National Team mentioned, “We were able to spend a lot of time together as a team.” And continued to share his take on the situation, “It is important that we make the most out of the given situation. I think this is a great learning experience for the younger players.”

Although the team is entering their next match with very limited time to prepare, coach Yokouchi remained positive, “We are fortunate to be given the opportunity to face Ghana. While simulating our group stage match against South Africa, we will use this match to raise the overall level of the team.”

With their eyes set on the 2023 African Games, coach Samuel Kwasi FABIN has selected many players under the age of 20 for this match in Japan, as the Ghanaian coach spoke about his intention, “We want to build a balanced team ahead of the tournament.” Despite being younger than the Tokyo Olympics generation, the players have enough athleticism to erase the age difference, presenting an optimal situation for the Japanese side to simulate their match against South Africa.

The match between the U-24 Japan National Team and U-24 Ghana National Team is scheduled to kick off at 19:25 on Saturday 5 June at Best Denki Stadium (Fukuoka). 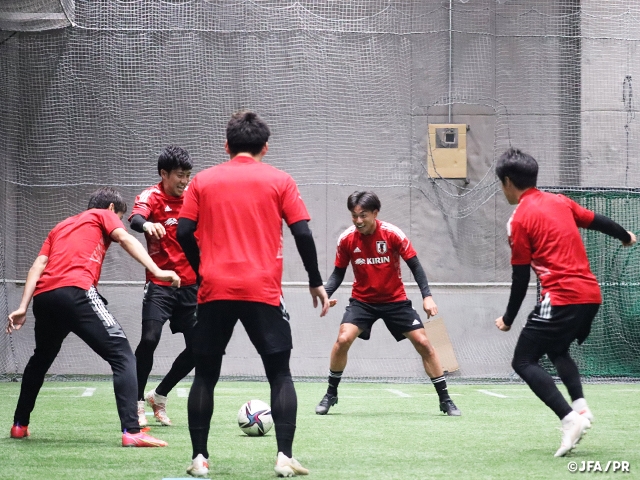 YOKOUCHI Akinobu, Coach of U-24 Japan National Team
We requested for a fixture to face a team from Africa in June, and we were granted with a friendly match against the U-24 Ghana National Team. While simulating our group stage match against South Africa, we will use this match to raise the overall level of the team. Although our initial plan has been derailed a bit, we feel that yesterday’s match against the SAMURAI BLUE has had a positive effect on the team. The players worked extremely hard to win the match, and I feel that they were able to gain a valuable learning experience, both as a team and as individuals. We will continue to give our best efforts to prepare for our next match. 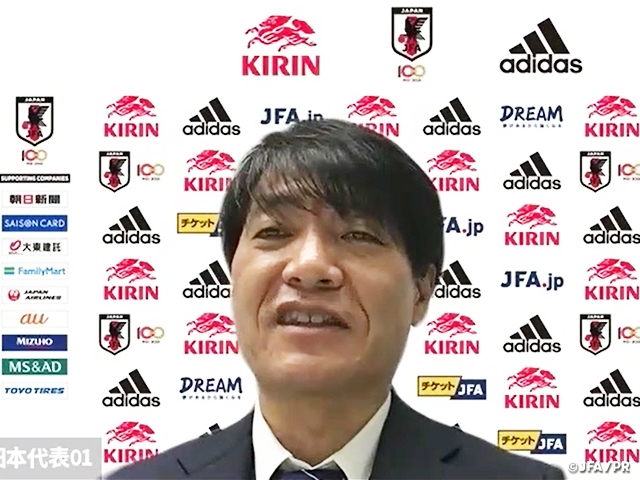 DF #16 TOMIYASU Takehiro (Bologna FC 1909)
Although I am not an over-age (OA) player, I have been playing for the SAMURAI BLUE in a regular basis, so I hope to utilise my experience to bring stability for the team. I strongly believe that a stable defence can bring composure to the entire team. Instead of depending on the OA players, I hope to lead by example and have a positive influence on the team. We will be playing at the stadium I grew up in, so I am very excited for the match. 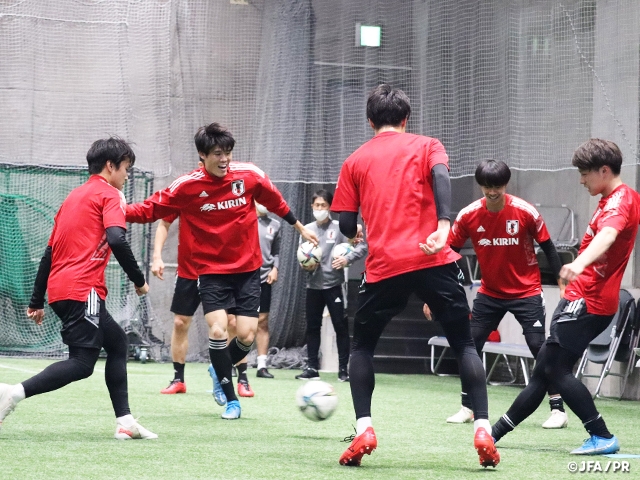 DF #22 YOSHIDA Maya (U.C. Sampdoria)
This match against Ghana will give us a great opportunity to simulate our first group stage match at the Olympics. We have only four matches left to finalise the roster while also building the team. That is why it is important that we make the most of each match. To be honest, if we concede an opening goal like we did yesterday, it can cost us the whole tournament. That is why we must enter the match strong and try not to get overwhelmed by the opponent’s momentum. I feel that we still have plenty of room to improve psychologically, so I will try to focus on that aspect when we enter the match tomorrow.

MF #11 KUBO Takefusa (Getafe CF)
This match is organised for us to simulate our first group stage match against South Africa at the Olympics. This will give us an opportunity to see how we need to play against an African team, so we hope to make the most of this match. I am getting the impression that African players are become more and more versatile over the years. However, from my personal experience, I feel that they have the tendency of over committing to the ball, so I will try to mix in a lot of feints to mislead them to a different direction. I have turned 20, so I will try to rase my overall performance and showcase a new version of myself on the pitch.