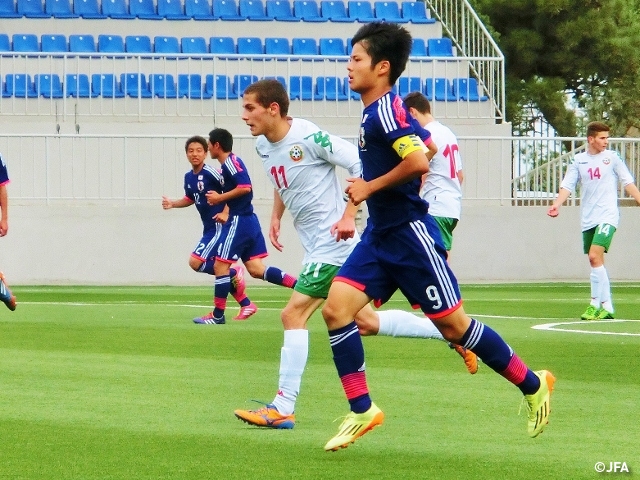 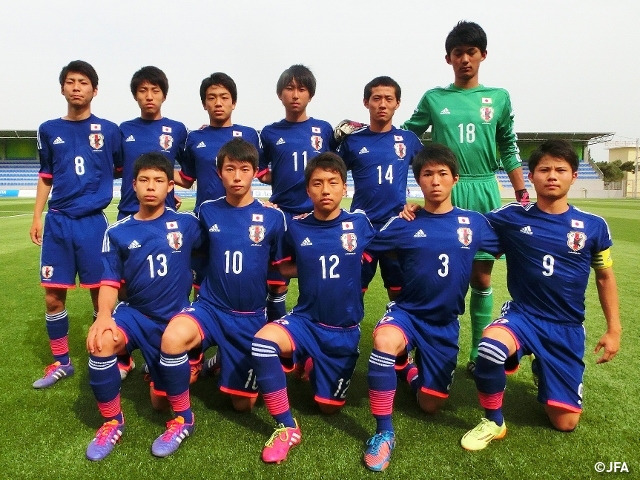 Two days after winning against Uzbekistan in penalty shootout, the playoff match for 5th place was against Bulgaria who was the second place in the group A. As in the previous matches, Japan squad exchange the short pass and move the ball in good rhythm and took initiative of the game.
Finishing the 40 minutes of first half 0-0, Watanabe read the GK’s move and shoot the ball calmly into the net in the 68th minute.

In the second half, after Bulgarian player was sent off, Japan squad furthermore increased the time of ball possession. Japan squad was successful in keeping one precious goal and won the match 1-0, the first time for winning in 80 minutes in this championship and finishing in the 5th place.

KIMURA Yasuhiko Coach （JFA National Coaching Staff）
Unlike previous games in which we were leading in the beginning but was tied in the end, we finally won the match 1-0. The numbers of committed fouls were less, didn’t give too many free kicks, we managed to end the game without giving away the goal, in playing against the team targeting fast counter attack by building block.

I think Japan squad will be dictating better the pace of the game if we can make more goal-scoring chances and play the game as we read opponent’s intention and have perspective of the game.
I put high marks on couple of things they improved; play freely as they are looking forward in midfield, the players can switch on the offense mode when side player starts attacking and moving the ball as the players resonate with each other.

We finished in 5th place in the championship. Considering the final qualifying round of AFC U-16 Championship in September, it was meaningful to get outcome in the fourth game in which we had to play with the best condition. I am grateful the players made a progress during this championship by participating in the good championship like this.

SUGA Daiki（Consadole Sapporo U-18）
With one of the opponent player was sent off, we could keep the ball for longer time and move the ball relatively better. Personally I realized I have to improve a few things – look up more because I couldn’t get a pass in the position between two defense players. We were 5th place in the championship and I am determined to work on training to improve things I need to improve.

IKEDA Taisei（Jubilo Iwata U-18）
I am glad to won the fourth game of the final around, an important match. We had a good preparation cooperating each other. In reviewing the game, we had a long time of ball possession and created many chances. But we made some mistakes of pass in wrong direction and didn’t share the same image with the teammates. I want to improve at all these things in remaining time.

TANAKA Kosuke（Kyoto Sanga F.C. U-18）
I started the game thinking about a few things; keeping the field wide, take ball in the lane and use the circle, race into behind defense line and lob in cross. I was able to play as I imagined and won the game but I committed unnecessary foul and faced risky situation. I am eager to improve these points in the training. 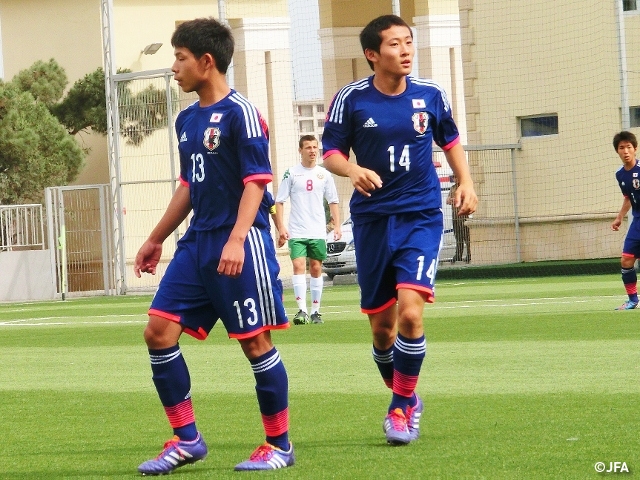