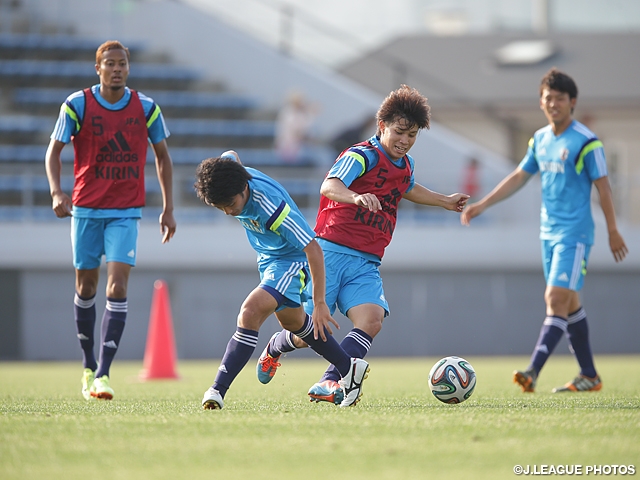 While people are getting hyped up as the 2014 FIFA World Cup gets under way in Brazil, the Japan provisional national Under-21 team, who look to make the Rio de Janeiro Olympics in two years, began their training camp at J-GREEN Sakai in Osaka Prefecture.

The team set their goal in September's Asia Games in Incheon, Korea Republic, and this camp is an important development occasion.

On the first day of the camp, the team had a customary photo session with the whole squad. 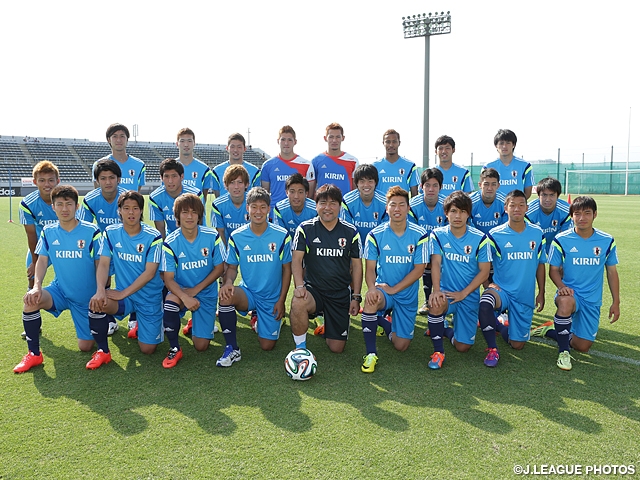 Of the 25 players that have been called up, 10 of them played in their J3 matches on the previous day (win over Ryukyu FC with a 6-0 score) and they went through some recovery menus. But 13 others who played for short minutes and arrived on the team on the day and the goalkeepers, fully worked for about two hours with a vigorous guidance of head coach Teguramori. The menus included some that they actually used balls, such as shootings from combinations plays in the half field. 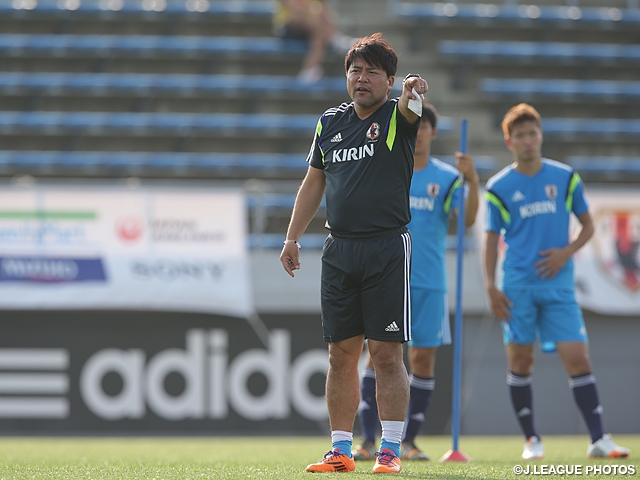 After the dinner, they had a meeting and were explained their team concepts by the head coach, while they checked on some of the particular occasions from their training match against the Japan Under-19 squad in March via a highlight film.

In this training camp, they will have practice sessions, one in the morning and the other in the afternoon. On Wednesday, the final scheduled day, they will play a training match against a all-Japan collegiate squad to exhibit what they have earned through the three-day camp.

MAEDA Ryosuke（Vissel Kobe）
Since the match between the J. League Under-22 selective squad and Ryukyu, I feel like I have played football in very high level circumstances. I came in this camp, thinking that I wanted to connect it to my growth. And I want to aim at winning a medal in an Olympics with this team even more. Because I was fortunate to be called up, I want to learn as many things as I can by making challenges on things, not being afraid of making mistakes.

MAE Takayuki（Consadole Sapporo）
It was my first opportunity for me to be on a national team since I was in high school, but there were some players I knew of, so I got in the team quickly, without much nervousness. Hopefully, I can showcase what I do at my own club here and focus on the training in order to remain on the national team, not just this provisional squad. Although it's a short period, I would like to show my traits, such as my accurate kicks, middle shots, and crosses from both sides.