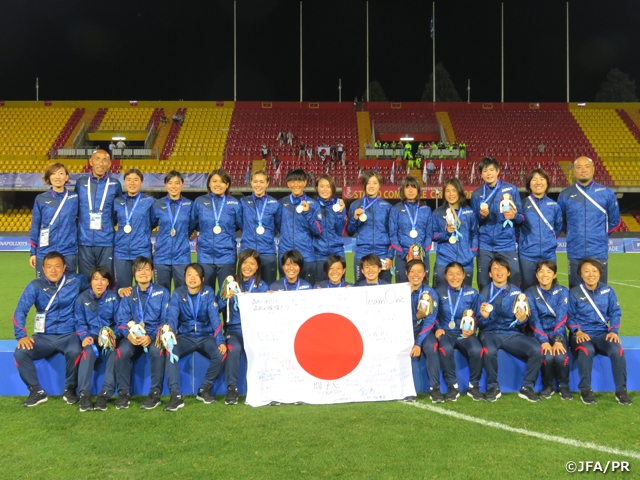 In the fifth minute, Japan forced a turnover deep in the opponent’s territory to allow IMAI Yurina to take a shot, but her attempt failed to capture the target. Japan created another opportunity from a turnover in the 19th minute, where IMADA Sara fired a shot, but her effort was saved by the goalkeeper. Despite seeing multiple chances created by Japan from their high pressure, DPR Korea gradually took control of the match. In the 30th minute, DPR Korea created an opportunity from a corner kick, where Japanese goalkeeper YONEZAWA Moeka responded to punch the ball away, but the Korean side managed to collect the ball and capitalise on the situation to capture the opening goal. DPR Korea continued to show their dominance in the remaining minutes of the first half, but Japan showcased great persistency to keep the score intact before entering halftime. 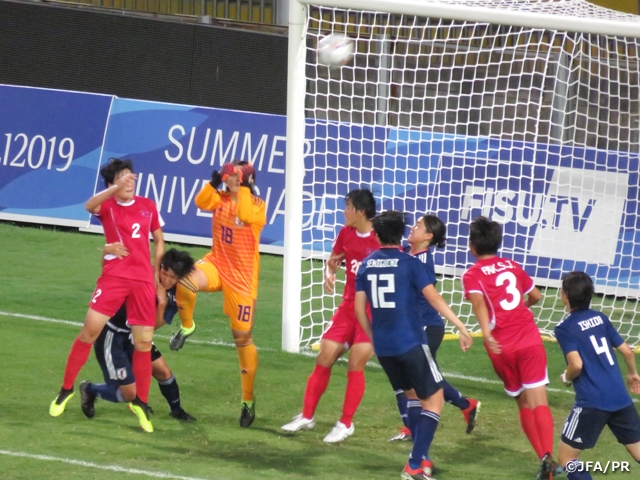 Ahead of the second half, coach MOCHIZUKI Satoru gave out directions for the Japanese players on how to apply their defensive pressure, ways to carry the ball, and the off the ball movements. After making the adjustments, the second half saw Japan picking up their pace in offence. In the 57th minute, a shot taken by Imada struck the cross bar. It was KOYAMA Yurina who responded to the deflection and flicked the ball towards the far side, where Imai made a run and converted the loose ball to equalise the match. 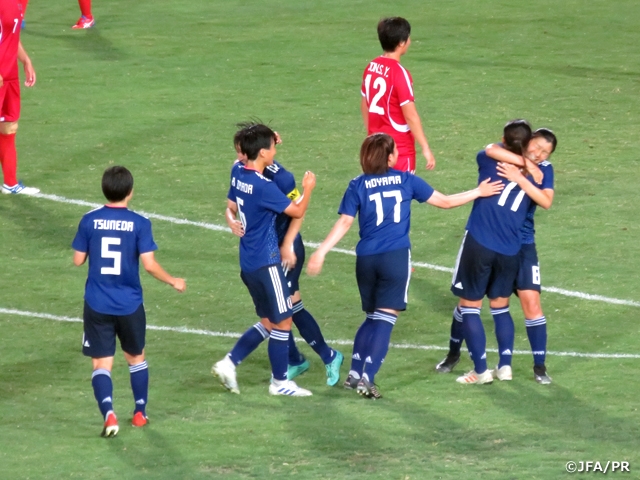 With momentum on their side, Japan continued to threaten the opposing goal, but their efforts kept falling short from scoring the go-ahead goal. While both sides showcased a heated battle for the tournament title, it was DPR Korea who prevailed at the end. The game winner came in the 89th minute, when DPR Korea penetrated the right side from a counterattack. As the Korean player got loose, a shot was launched from midrange that captured the net. Despite the final efforts made by Japan, the final whistle was blown soon after to signal the end of the competition.

MOCHIZUKI Satoru, Coach
After advancing to the final at the 2017 Taipei tournament, we managed to return to the final in back-to-back attempts but lost this match to DPR Korea at the very end. Despite giving up the first goal to the DPR Korea side, who has the best offence in this tournament, we managed to equalise the match and put up a great fight against them. The players of DPR Korea showcased great speed and power, but our players also displayed great persistency to fight through the entire match and I am very proud of them. The opponents dominated the ball possession, and we had to endure tough stretches for a long time, but we were still able to take as many shots as them. Our players showcased their strong intention to “take shots to score goals” and their overall performance was something they should be proud of. In order to grow as a team, we must accept this result and leave this tournament as a good loser. We must acknowledge the champions and learn from them to strive for a higher level.

DF #3 KUBO Mariko (Toyo University)
I have learned so much from this Universiade tournament. This tournament has given me the opportunity to feel the world level in first-hand. Although we couldn’t achieve our goal to win the title, I am honoured to be a part of this team and grateful for this opportunity to represent the country. I would like to thank everyone who was involved in this tournament and those who has supported us. Thank you very much.

DF #4 ISHIDA Nanami (Teikyo Heisei University)
Through this tournament, I was able to grow as a player. The past three weeks have given me a priceless experience that will be a lifelong treasure for me. It is very disappointing to finish as the runners-up, but we were able to learn so much through the five matches we’ve played at this tournament. It has also given us many homework to work on. Once I return to my team, I will work on my weak points and aspects where I felt I lacked during this tournament to become a better player. Thank you very much for all the support.

MF #10 IMAI Yurina (Nippon Sport Science University)
I am very disappointed that we couldn’t win at the final. This tournament has made me realise that I still need to improve as a player. I will not forget this bitterness and continue to strive for a higher level. As the team captain, I am honoured to be given the opportunity to play with this wonderful teammates and staffs. I am also thankful for all the people who has supported us. Thank you very much.

MF #19 MATSUMOTO Manaka (Waseda University)
We finished this tournament as the runners-up. With the support of many people, we were able to make it this far. This tournament has given me the opportunity to learn about myself and find out my weaknesses. Even though my speed and dribbling skills have been effective in Japan, I felt the need to improve on my skills to compete at the world level. I will remember this bitterness and implement what I learned here to reach higher stages in the future. I am proud to be given the opportunity to compete at this stage with this team. Thank you very much.

FW #11 IMADA Sara (Teikyo Heisei University)
I really wanted to pay back our supporters and all the people who has supported us throughout this tournament by winning the title, so I am very disappointed and feeling powerless. We have worked hard to earn the world title but failed to reach the pinnacle. I feel that it is important that we bounce back from this experience and utilise this bitter feeling to achieve higher goals in our future football career. I also felt the need to become more critical at crucial moments. I will not forget how grateful I am to be given this opportunity to participate in this wonderful tournament. I am proud and honoured to be able to work together as a team towards a common goal with my favourite teammates and staffs.