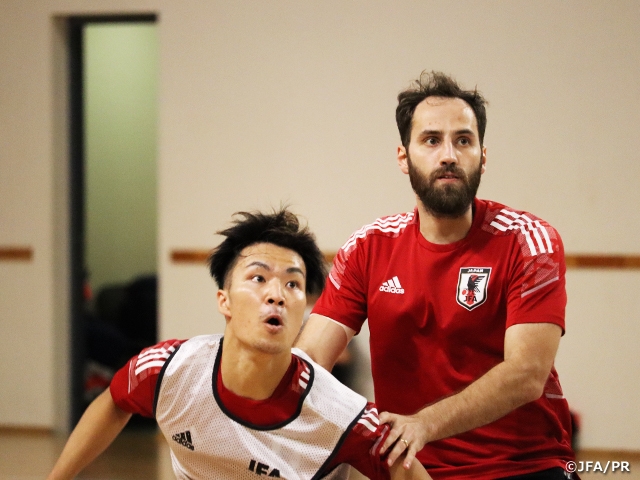 on Monday 13 September, the Japan Futsal National Team, who is entering their first World Cup in nine years, held their final training session to prepare for their first group stage match of the FIFA Futsal World Cup Lithuania 2021™ against Angola.

Prior to their training session, coach Bruno GARCIA handed out the fifth volume of his “stylebook,” in which lists the “Habits to build a winning team spirit.” The title of the fifth stylebook presented before the World Cup was “The power of the present.”

Upon handing out the stylebook, coach Garcia mentioned that “I will not be talking about futsal in today’s meeting,” as he made his players read the book before getting into details. “Thoughts and plans are not who we are. The things we do and the actions we take define our existence. The result is not something you wait for, but something you earn. The best way to open up the future is to focus on the present, and for us the present is the World Cup.” The Spanish coach went onto conclude the meeting by saying, “Talking is important, thinking is important, but that's all over now. It is time to put them in action.”

Following the team’s last training session before of their first match, coach Garcia gathered the players to state the team’s first goal of this tournament, “advance through the group stage.” He reminded the players that this goal will not be achieved by a single step, but rather by accumulation of a single play and a single goal. The coach concluded the session by telling his players to act with pride and confidence in what they have achieved over the past five years. 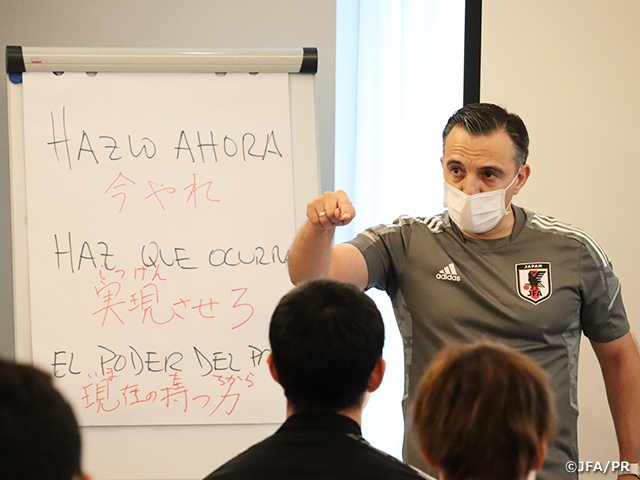 Bruno GARCIA, Coach
We have been able to complete the most important parts of our preparation work for this World Cup, and we are ready to enter the tournament. We were able to spend plenty of time on our final phase of training, so just need to deliver the goods to the stage called the World Cup. I have been communicating with my players in the form of meetings to touch on all aspects including tactics and psychology. Our first match against Angola is obviously a critical match for our advancement through the group stage. Our battle is about to begin, and when thinking about the long run, we must not just focus on the tactical aspects, but also manage the small details such as cumulative cautions and goal difference, which may greatly influence the outcome of our fate in this tournament. All 16 players have a role in this team, whether they ignite the offence, or become a solid pillar for the defence, or even play a big role in balancing the team, and the true strength of this team lies on each player’s ability to function properly at the individual level. One of the most important points when competing in the World Cup is that all the key players are able to enter the tournament in good condition. I have not finalised the 14-man roster for our first match against Angola, but I am confident that every player will be able to fulfil their role when they are given the opportunity to step on the court. For those watching our matches at home, the playing time of each player may vary, but I would like you to enjoy watching the match while trying to figure out the roles of each player. 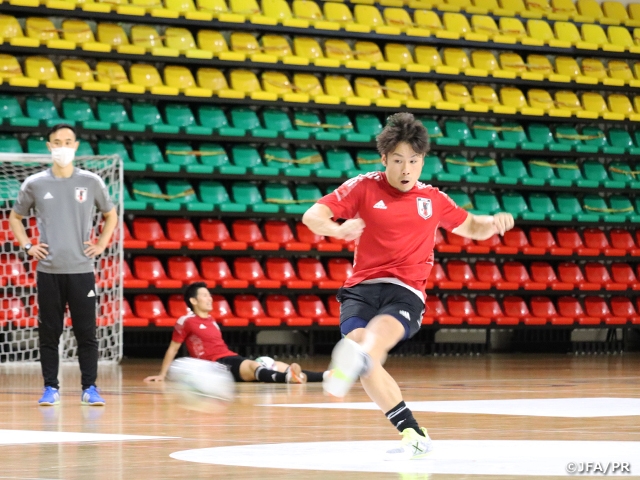