“The entire country is rooting for the Japan Futsal National Team, and I am one of them” Interview with MORIOKA Kaoru - FIFA Futsal World Cup Lithuania 2021™ 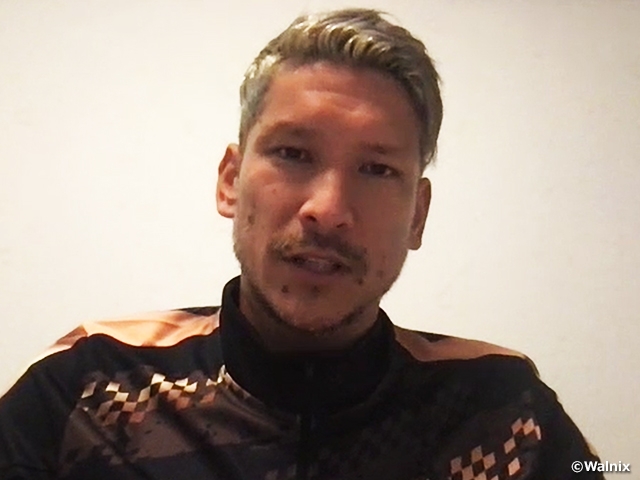 The FIFA Futsal World Cup Lithuania 2021™ kicked-off on Sunday 12 September, in which the Japan Futsal National Team is currently striving to advance through the group stage. Here we will share the interview with MORIOKA Kaoru (Tachikawa-Fuchu Athletic FC), who led the Japanese futsal scene for over a decade and played in the FIFA Futsal World Cup Thailand 2012™ as a member of the Japan Futsal National Team, regarding his thoughts about the national team and the World Cup.

――Unfortunately, you were not included into the squad for this tournament. What are your thoughts?

MORIOKA The fact that the tournament was postponed for a year did not help my cause. However, that is something I cannot control, so I just try to think that it wasn’t meant to be. I’ve recovered since, but it took me a while to reset my mind. Many of the players on the national team are players who I’ve played with, so I am rooting for them. I strongly believe that they can achieve great results.

――It’s been nine years since the last World Cup. How were these nine years for you?

MORIOKA I acquired my Japanese citizenship nine years ago in August and played in the World Cup as a member of the Japan Futsal National Team two months later. With the desire to make my return to that stage, I strived for the FIFA Futsal World Cup Colombia 2016™ but lost in the Asian qualifiers. I was more devastating at that time than not being selected to the national team this time. I was playing an active role in the team at the time, so I regret that I could have done more to help the team. Playing for the national team was always my goal, so for nine years, I was constantly fighting to earn results at my club to get selected into the national team.

――In the 2012 Futsal World Cup, Japan reached the knockout stage for the first time. What kind of tournament was it for you?

MORIOKA My application for naturalisation was accepted in August of that year, and I was first called to the short-listed squad of the national team for a domestic training camp held on the following month. Coach Miguel RODRIGO demanded just one thing from me, which was to score goals. However, it wasn’t easy scoring goals against foreign teams. After going scoreless in two international friendly matches held before the tournament, I was losing my self-esteem and even thought that I have taken up a spot from players who had been preparing for a long time. I tried not to show my emotions, but some players noticed and offered to support me. One of them was MIURA Kazuyoshi, who encouraged me ahead of our second group stage match against Portugal by saying, “Today is the day you score.” I was able to mark my first goal with the national team in that match, helping the team draw 5-5 and eventually clinch the knockout stage.

――Japan Futsal National Team will be competing in their first World Cup in nine years. What are your expectations?

MORIOKA After watching their match against Spain in August, I was able to tell that they have really gotten stronger. It is something you don’t notice when you are playing on the pitch. It made me think that they are capable of reaching the knockout stage and make a deep run. With OLIVEIRA Arthur controlling the game, YOSHIKAWA Tomoki getting involved in both ends, and with SHIMIZU Kazuya’s scoring ability, they are a well balanced team.

――As a pivot, what do you think it takes to score goals at the world stage?

MORIOKA I think the current national team has the ability to stay aggressive. Both of their pivots (HOSHI Shota and Shimizu) have the experience of playing in Spain, and I think Shimizu has especially improved over the recent years. I think the opponents will also be wary of them. They have become players who can cause damage at the international level. That is why I don’t think they need to do anything special at the pivot position.

MORIOKA Come to think about it, it is unusual to be talking about playing in the World Cup at this age. I have a strong desire to promote the sport of futsal. I am sure more people are now familiar with the word futsal, but many people still consider it as mini-football. The sport we are playing is called futsal, and I want more people to know the joy of this sport. We want to attract more people to the F.League matches. There are plenty of players promoting futsal through SNS. I am not much of an IT guy, so I hope to make visits to many regions, play futsal with the local people, and show them what it’s like to be a futsal player. It is something I’d like to continue as long as I can stay active as a player. At the end, I just love playing futsal.

MORIOKA Although I am no longer a member of the Japan Futsal National Team, I will continue to take part in activities to promote futsal and make “futsal player” a dream job for the children. As I mentioned earlier, I am not good at using SNS, so this interview gave me a great opportunity to share my thoughts about the World Cup and the national team. I think the entire country is rooting for the Japan Futsal National Team, and I am one of them. I hope they will deliver us a wonderful result. 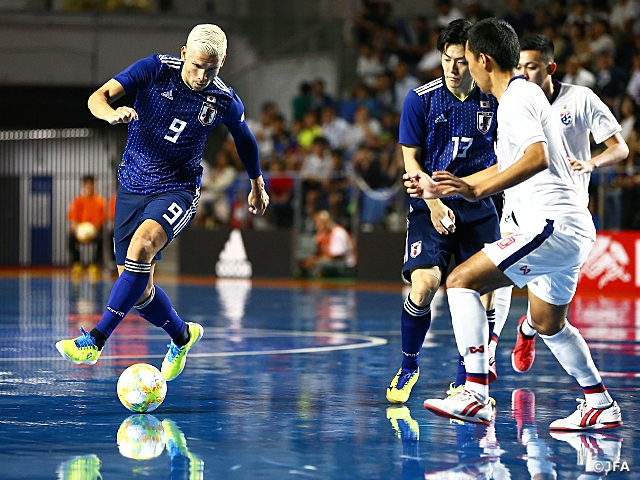