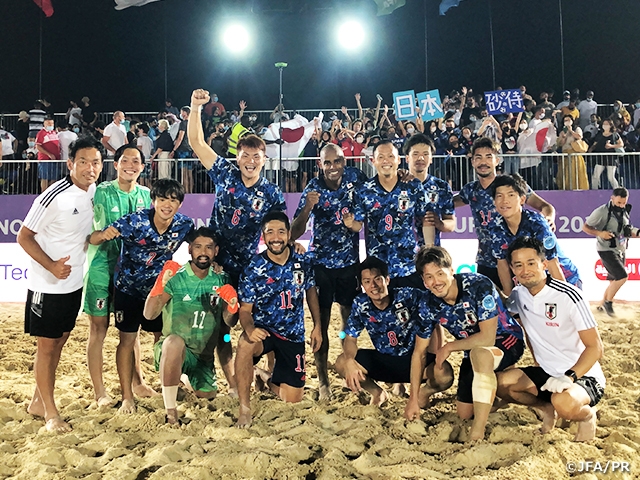 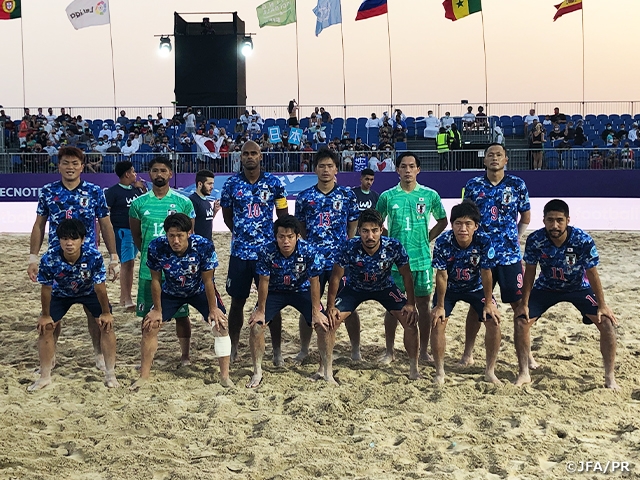 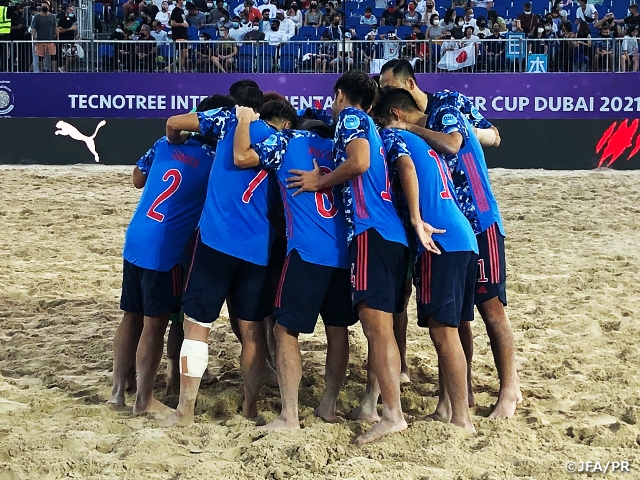 Japan continued to take control of the game in the second period but conceded back to back goals from free kicks taken deep in the opponent’s territory. Japan was unable to score in this period, as the game entered the final period with the score tied at 2-2.

At the beginning of the third period, MATSUOKA Tsukasa (Lazo Apego Kitakyusyu), who was called-up to the national team for the first time, responded to the corner kick delivered by Oba, got in front of the opposing defenders, and scored his first goal for the national team with a header. AKAGUMA Takuya (Lazo Apego Kitakyusyu) was fouled during an attempt to strike an overhead shot and converted the penalty kick to extend the lead, but Japan once again conceded back to back goals that allowed UAE to level the match.

However, with time running out, Oba showcased a superb individual effort to score the go-ahead goal, giving Japan the lead for the third time in this match. Moments later, Oba assisted the goal of TANAKA Hayate (Tokyo Verdy BS), who also scored his first goal for the national team. As a result, Japan won their first match of this tournament with a final score of 6-4.

In this match, the Japanese defence functioned effectively, as the players handed off their marks smoothly to shift their line side to side. They were also able to apply pressure from high position, to deny the opposing goalkeeper from advancing up the field. In offence, the fact that the players in the flanks managed to create space helped the team control the game.

The team will now face Spain in the fifth place play-off on Saturday 6 November. 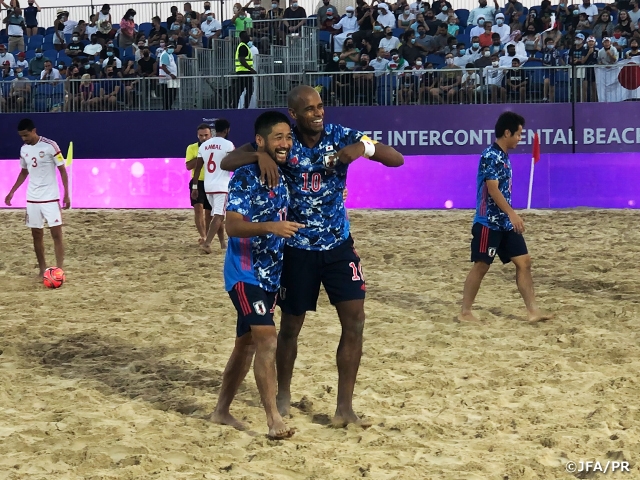 FP #9 YAMAUCHI Shusei (Tokyo Verdy BS)
We have been struggling as a team in the past three matches, but we were finally able to win today. The fact that we were able to unite as a team led to this victory, and it made us feel like we have grown as a team. We really wanted to be in position to challenge the tournament title, and I think we should have been in that position. However, despite the slow start, I am glad that we were finally able to get the ball rolling. We still have one more match to play, so we will give our utmost effort to win fifth place, which is the best possible result we can earn from here.

GK #12 GINOZA Tomoya (Sol Mar Praia Okinawa)
While the team has struggled in the past three matches, I am glad that we were able to stop the losing streak. With new players joining the team, we are aware that we are building a new team for the next World Cup. Although we are a new team, we are still the representative of our country, so we must continue to play with pride and responsibility of the national team. We can no longer achieve the goal of winning the tournament title, but we must accept the current situation and prepare ourselves in the best way possible to finish the tournament on a high note. 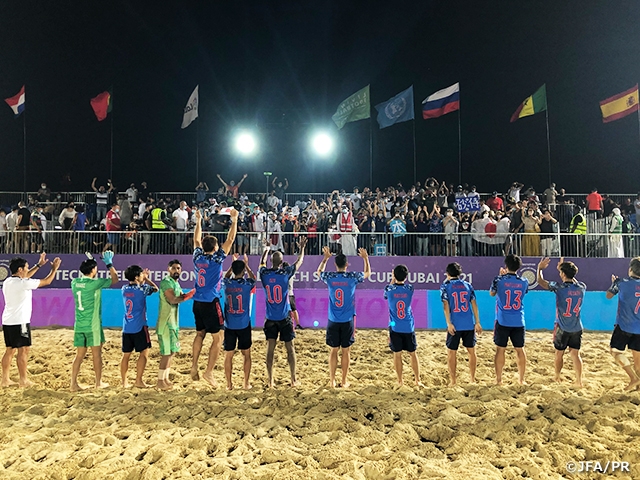