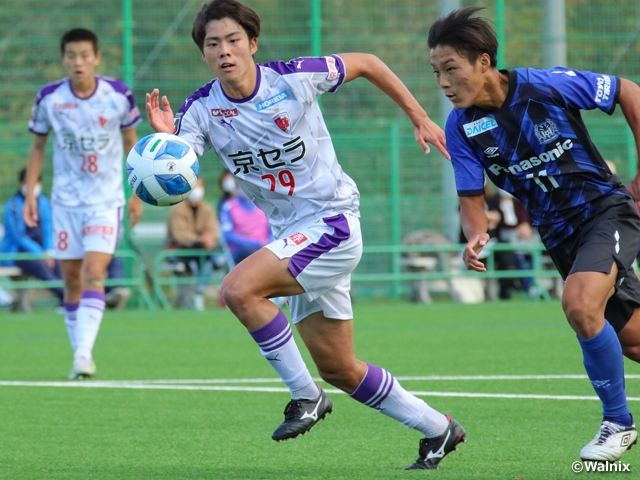 The match started with Kyoto taking the initiative, as coach SHIGAKI Ryo later mentioned, “We were able to apply pressure in good shape.” On the other hand, G.Osaka's coach MYOJIN Tomokazu, who took the helm in place of coach MORISHITA Hitoshi, said, “It took us a little while to get used to the opponent's pressure, but we gradually found our composure to possess the ball.” 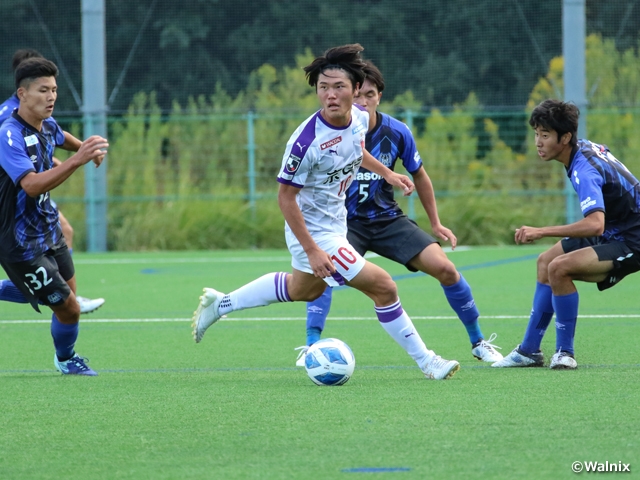 Although both sides had their opportunities, neither were able to find ways to break down the opposing defence, as the match entered halftime scoreless.

The deadlock was broken in the 64th minute, when KUMAGAI Kudai (#12) converted a cross sent by NAKANO Kotaro (#14) to give Kyoto the lead. However, G.Osaka responded just a minute later, when ASANO Naoki (#7) delivered the ball to MINAMINO Harumi (#18), who calmly slotted the ball into the Kyoto goal to equalise the match.

Despite the final efforts made by the two sides, the match ended 1-1, as the two Kansai clubs walked away with a point apiece. 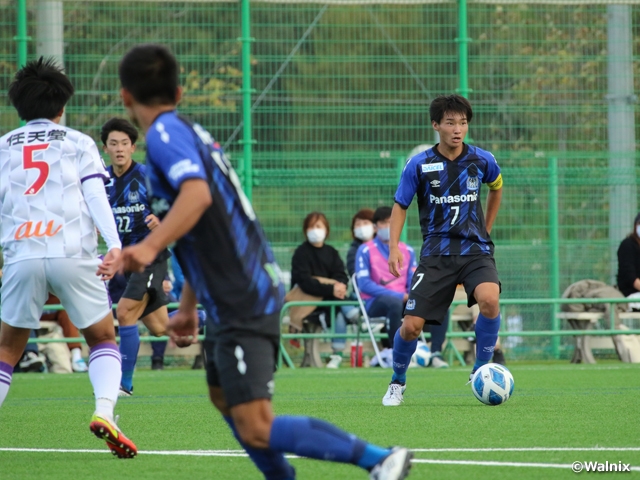 MYOJIN Tomokazu, Coach (Gamba Osaka Youth)
As we aim for victory in every game, we consider this as a disappointing result, but the players have worked with a high level of intensity this week, and it showed in their performance. Before the match, I told the players that there is no need to panic even if we concede, and the fact that we were able to equalise immediately after the first goal was proof that the players fought hard.

MF #7 ASANO Naoki (Gamba Osaka Youth)
We failed to capitalise on many opportunities, so it feels like this was a match we should have won. After experiencing a disappointing loss to Tosu, everyone began to voice their thoughts more clearly, and the team’s awareness changed. No one on this team is satisfied with this result. All of our opponents are strong, but we need to earn three points in our next match. While making the most of our two dependable forwards, I will try to score goals myself and further improve the team’s goal scoring ability.

SHIGAKI Ryo, Coach (Kyoto Sanga FC U-18)
For the third match in a row, we had to settle for a draw after scoring the opener. In order to showcase the football style we are aiming for, we need to improve the quality of our plays in the final third and keep an aggressive approach even after taking the lead. The team is playing with a positive vibe, and I did not hear any negative comments from the players during today's match. I feel that our positive attitude is what is leading to our growth.

MF #8 YAMAZAKI Haru (Kyoto Sanga FC U-18)
From our daily trainings, we have been telling each other to have more confidence in our build-up plays, and I feel that we have been able to possess the ball with more confidence in the recent matches. Just as we did last week, we were able to score the opener, but conceded the equaliser right away. How we manage the game is an important aspect we need to improve on. After drawing three matches in a row, we are determined to win our next match more than ever.

Sanfrecce Hiroshima F.C Youth (Hiroshima) came out on top in the makeup match from the 10th sec. against Vissel Kobe U-18 (Hyogo), thanks to the 87th minute goal scored by TAKAYANAGI Eijiro (#9). Hiroshima remain up top of the WEST leader board with 24 points. In the eighth sec. fixture between Cerezo Osaka U-18 (Osaka) and Jubilo Iwata U-18 (Shizuoka), C.Osaka took a two goal lead in the first half with goals scored by OGAWA Shiho (#20) and KITANO Sota (#10). Despite conceding a goal to Iwata’s MATSUDA Kazuki (#15) in the 64th minute, the Osaka side walked away with a 2-1 victory to claim their second win.