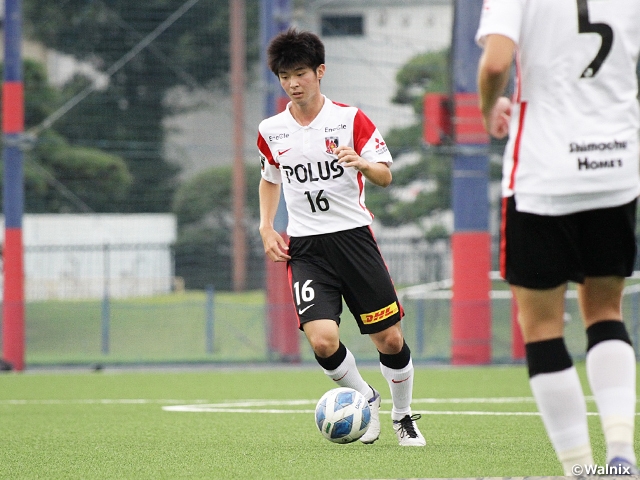 Since the state of emergency was lifted, the Prince Takamado Trophy JFA U-18 Football Premier League 2021 has resumed its league matches and the 14th Sec. will be held on Saturday 9 and Sunday 10 October.

Urawa Red Diamonds Youth (Saitama) will welcome Yokohama FC Youth (Kanagawa) to their home this weekend. Although the team lacked stability in defence during the first half of the season, the Urawa side earned their first victory when they defeated Omiya Ardija U18 (Saitama) 1-0 on the 3rd. They will try to keep their focus and win back to back matches.

FC Tokyo U-18 (Tokyo) will square off against Ryutsu Keizai University Kashiwa High School (Chiba). The Tokyo side is coming off a 1-1 draw against Funabashi Municipal High School (Chiba) in Sec.10, and whether or not they can win the second balls in the midfield will be the key to their success.

Omiya has struggled dearly in offence, as they have been kept scoreless in five of the nine matches played in the first half of the season. YAMAZAKI Rin (#10) and MAEZAWA Hiroki (#17), who have been selected into the national team, will try to ignite their offence when they face the league leaders Aomori Yamada High School (Aomori) this weekend. 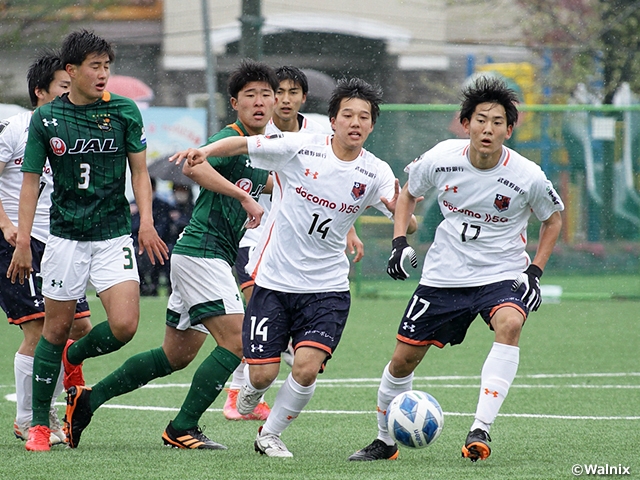 After being kept with only one win in the first half of the season, Funabashi Municipal HS showcased a promising performance against FC Tokyo on the 3rd, where they tied 1-1. First year striker GUNJI Riku (#30) will seek to guide the Funabashi side to their second win when they welcome Yokohama F.Marinos Youth (Kanagawa) to their home. 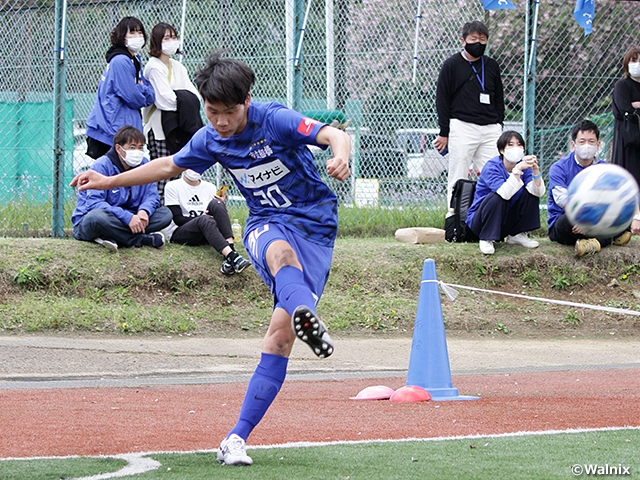 Eighth place Kashiwa Reysol U-18 (Chiba) is scheduled to face second place Shimizu S-Pulse Youth (Shizuoka) this week. Led by YAMATO Yuzuki (#3), Kashiwa will seek to demonstrate their persistency to keep off the attack-minded Shimizu side and their ace CHIBA Kanta (#9) at bay.

Fifth place Sagan Tosu U-18 (Saga) will welcome ninth place Kyoto Sanga FC U-18 (Kyoto) to their home. After losing to Kyoto 1-3 in the 5th Sec., Saga will try to return the favour by taking the initiative through their hardworking play style and strive to earn their fourth win of the season. 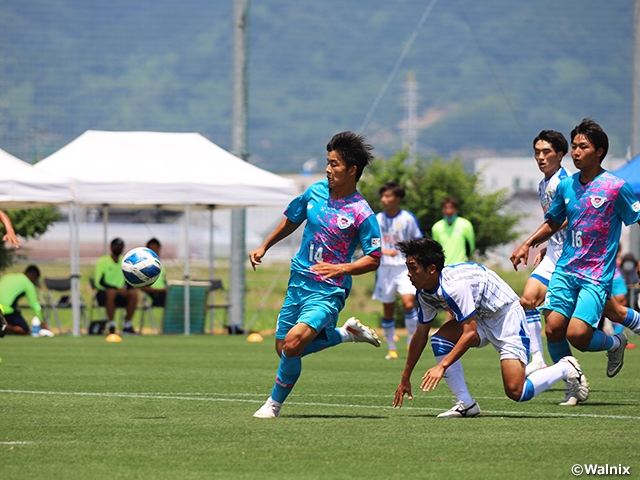 Gamba Osaka Youth (Osaka) has the third highest number of goals in the league, despite having only played four matches so far. They will welcome Jubilo Iwata U-18 (Shizuoka) at home this week, and if the league's best attackers can show their true colours, the odds are in favour for them. It will be interesting to see how MIKI Jinta (#14) and ASANO Naoki (#7) orchestrates the Osaka offence.

Higashi Fukuoka High School (Fukuoka) will play a home game against Vissel Kobe U-18 (Hyogo). Despite their struggles in the first half of the season, Higashi Fukuoka have won 1-0 against Cerezo Osaka U-18 (Osaka) on the 3rd to start off the second half on a high note. Expect great things from Narazaki Umia (#7), who has scored the decisive goal in back to back matches.

Nagoya Grampus U-18 (Aichi) not only finished the first half in second place, but they also won the Japan Club Youth (U-18) Football Championship in August. In this match against Cerezo Osaka, the team will strive to earn a victory by embodying the football style the team is aiming for, led by captain Gen Kato (#5).

Ozu High School (Kumamoto) will be hosting Sanfrecce Hiroshima F.C Youth (Hiroshima), the leader of the WEST. In the first leg, Ozu’s tenacious defence allowed them to put up a good fight, but they allowed TANADA Ryo (#10) to score the decisive goal in the 0-1 loss. They will be looking for revenge this time, and like their previous encounter, they will be looking for a solid defensive performance while their attackers, including KOBAYASHI Shunei (#9), will be anticipating to capitalise on their opportunities. 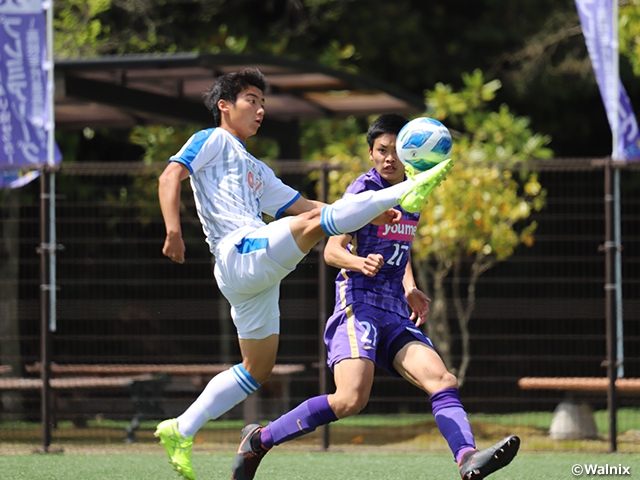