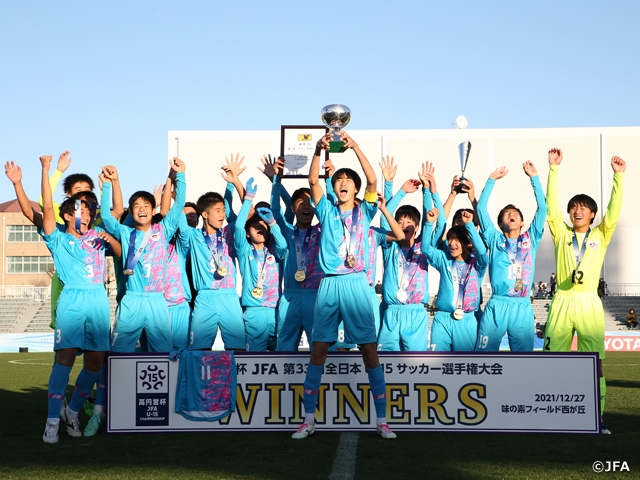 The match saw early action, as Tosu earned a corner kick from their first play of the match. With this corner kick initiating a goal-mouth scramble, Tosu’s KAWAGOE Rento (#7) struck a shot that ended in the back of the net. With momentum on their side, Tosu scored their second goal just four minutes later, when FURUTACHI Shuya (#6) carried the ball upfront to set up the shot of YAMASAKI Haruki (#10), which ricocheted off the goalkeeper’s hand before finding the net.

After trailing two goals in the early minutes, the players of FC Lavida (Kanto1/Saitama) showcased great techniques to create chances, but struggled to convert them, and ended up giving up the third goal to Tosu in the 17th minute. 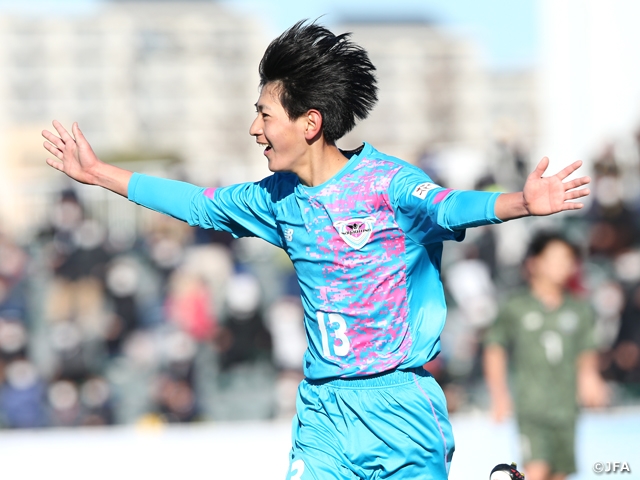 In efforts to cut down the deficit, Lavida continued to attack in the second half, but Tosu showcased their superiority, both at the individual and team level, to win the ball and score their fourth goal in the 52nd minute to put the final nail in the coffin. Despite the goal scored by YAMAGUCHI Gota (#10), Lavida fell short from making the comeback, as Tosu claimed their third overall title. 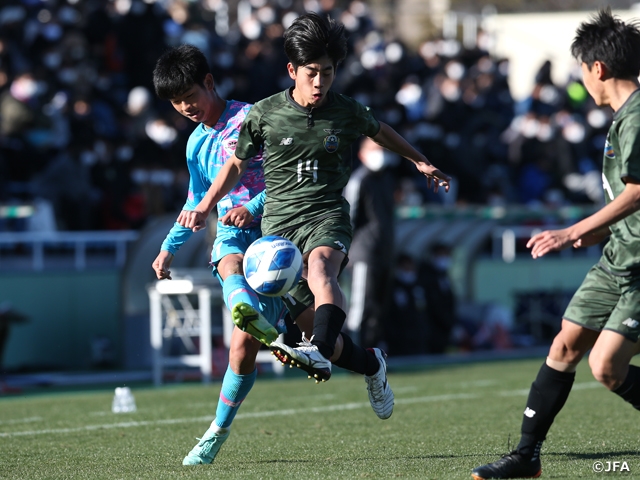 MORI Keisuke, Coach (Sagan Tosu U-15)
From the beginning of the match, they showed the intensity and continuity of play that we have built up over the years. Our opponents were very technical and showed a lot of individual strength, so we had to retreat towards the end of the match, but we were able to apply pressure, win the ball in the flank, and exploit the space behind their defence line. I'm very happy that we were able to demonstrate what we have built up, and although we faced many difficult situations in the final, we were able to communicate and make adjustments, which is what we have been looking for in our daily trainings.

KAWAGOE Rento (Sagan Tosu U-15)
Our opponent had a lot of good players, so we had to think about how to deal with them, and we all worked hard from the start. In the scene where I scored the first goal, I was anticipating where the ball would fall, so I was able to keep my cool to slot the ball into the net. I started to play as a striker from the semi-finals and although I wasn't able to play well in that match, I was able to score a goal in the final to set the tone for myself. I will continue to play football in high school, so I want to develop both my physical and mental strength.

MURAMATSU Akito, Coach (FC Lavida)
We had prepared well for the match, but we conceded from unexpected plays deployed by our opponents. If we hadn't conceded the first goal so early, we might have been able to put ourselves in a better position. However, it was evident that our opponent was simply better than us to win the ball. This tournament was very different from our league matches. I believe that there were more things the players were able to do than things they were not able to do, and I hope they will carry that confidence with them into high school and continue to develop as a player.

SHIRANE Tsubasa (FC Lavida)
I am very proud to have reached the final of the national tournament, but I wanted to win in the end. This tournament really allowed me to learn my weaknesses. As a local football club, we were looking for something the J-Clubs don’t have. I think it was great that we were able to showcase a match that people could enjoy. After losing in the summer, we realised our weaknesses and we were able to use that experience to improve ourselves, which I think is the reason why we were able to finish as the runners-up. I will continue to make the efforts to overcome my weaknesses and improve myself in high school.