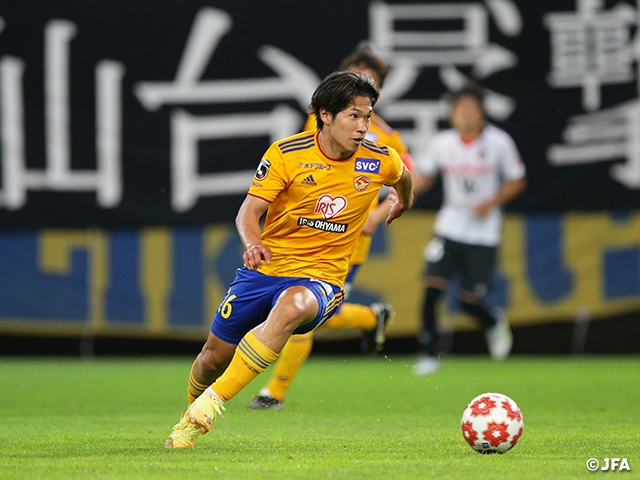 The third round of the Emperor's Cup JFA 102nd Japan Football Championship will take place on Wednesday 22 June.

In the second round, all teams in the top league were able to make it through to the third round. This is the first time in 29 years, since 1993, the inaugural year of the J.League. With this, all prefectural representatives are now eliminated from the competition.

In this round, most of the fixtures feature a J2 side taking on a J1 club. Of the 22 teams in J2, 14 remain in the competition. In the previous tournament, Jubilo Iwata, who eventually won the league title in J2 last season, made it to the quarterfinals. Which teams will benefit from the momentum generated from the league competitions to succeed in this year's Emperor's Cup?

The only second-round match to go down to a penalty shoot-out was between Sony Sendai FC (Miyagi) and Yokohama FC (J2). Yokohama FC were overtaken after leading by two goals, and conceded the lead in extra time. In the second half of extra time, NISHIYAMA Taiga scored his second goal of the match to force the match into a penalty shoot-out, which the J2 side went on to win. For a team that had gone through a five-match spell without a win after leading the league, it was a wakeup call for their resilience, and they will now challenge Sanfrecce Hiroshima (J1) in the third round. 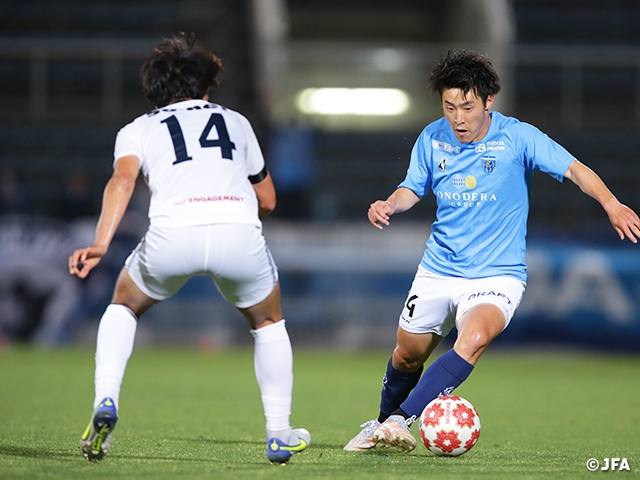 Thespakusatsu Gunma (J2) will face Urawa Red Diamonds (J1). Head Coach OTSUKI Tsuyoshi, who has taken charge of Gunma from this season, has previously led Urawa. Although the squad has changed since then, some of the players from the academy, such as SEKINE Takahiro and MATSUO Yusuke, are still with the club. Despite playing against one of the biggest clubs in the country, the coach must be carefully preparing a strategy to beat his old club he knows so well.

There is another fixture that would reunite a coach with his former club. It is the fixture between Gamba Osaka (J1) and Oita Trinita (J2). Head Coach KATANOSAKA Tomohiro, who took charge of G. Osaka this season, spent six seasons with Oita until last season, during which he led the club from J3 to J1. The Oita squad features many of the players who played with coach Katanosaka up until last season. They will certainly want to "return the favour" by showing how far the team has grown over the years of his tenure.

Most J2 teams play at their home stadiums, with the only exception being Tokyo Verdy (J2). They will play at Todoroki Athletics Stadium, the home stadium of last year' s semi-finalists, Kawasaki Frontale (J1), a stadium they used to call home before relocating to their new hometown. Reminiscing about their J1 days, the team will be looking to further boost their ambition to return to J1 with newly arrived Head Coach JOFUKU Hiroshi.

In a tournament where the teams are given just one shot, what dramas will be brewing next? Stay tuned for more hotly contested battles.