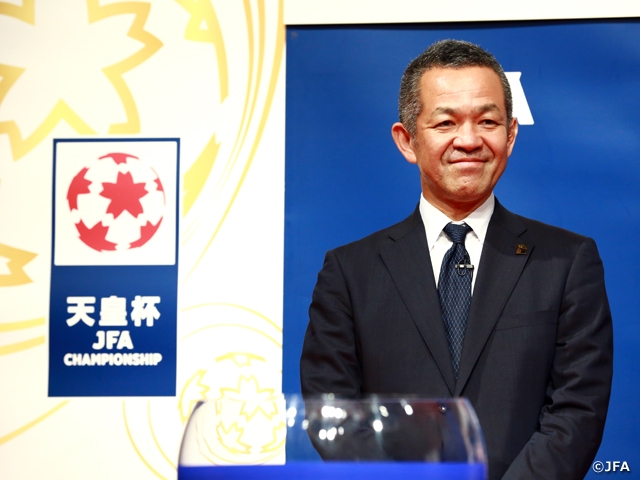 JFA consists a total of 20 committees, each specialising in their own expertise. In concurrence with the reappointment of President TASHIMA Kohzo on 29 March, the head of each committee was named under the new regime. Starting from 11 May, we have been introducing the roles of each committee, along with a message from the chairperson. In our final report, we will introduce the message from Chairman SUHARA Kiyotaka.

Finance Committee: With JFA attracting great attention from its stakeholders, the committee serves to provide technical insights to assure transparency and accuracy for the association’s finance.

JFA Centennial Committee: In 2021, JFA will reach its 100th anniversary. In order to celebrate this historic year, the committee serves to plan and implement the centennial events.

Organising Committee for the Emperor's Cup: The Emperor's Cup JFA Japan Football Championship is a tournament that crowns the number one football team in Japan. The committee is responsible of managing the tournament by keeping its prestige historical values, while adapting to the new era.

Continuing to grow as an organisation

I am responsible of leading four different committees for JFA.

To start with, there is the Compliance Committee. When looking up the word “compliance,” it generally states, “the act of obeying a rule.” When applying that definition to JFA, one must question, are we following the rules and regulations established in the articles of association, and do those acts follow the law and regulations of our society?

However, in my perspective, compliance is not the objective or goal for JFA, but rather a tool to realise JFA’s ideal principles. While following the principles of JFA, we must make sure to take rightful actions, precisely understand the social demands, and put in enough efforts to fulfil those demands. These are some of the aspects we must understand before establishing programmes, and I will strive to keep a wider perspective to operate the Compliance Committee.

Next up is the Organising Committee for the Emperor's Cup.

With the ongoing effects of the coronavirus, the Organising Committee for the Emperor's Cup has drawn up significant changes for this year’s tournament structure and proposed the plan at the JFA council held in April. While passing the baton to the future is an important mission for us, we must also make necessary adjustments during a state of emergency to successfully carry out the 100th edition of this historical tournament.

There will be several events carried out throughout the year of 2021, and the JFA Centennial Committee has been preparing all along for the historic year. We do not consider the event as a single year event, but rather a starting point for the next 100 years for JFA.

However, despite being less than a year away from the centennial year, we are facing a state of emergency with the outbreak of the coronavirus. We must acknowledge the extraordinary change surrounding our external environment, reassess the meaning of the centennial events, and carry out appropriate events to celebrate the historic year.

As for the Finance Committee, in order to sustain a continuous growth of the organisation, it is extremely important that the financial statements are reported properly, and that the fiscal budget is composed according to the statements. The budgets submitted by each department has become more accurate, and the staffs are getting more knowledgeable, so we hope to continue with this upward trend to raise the accuracy.

Providing environments and expanding the range

It is extremely important that all members of our football family are enjoying football and making their lives more prosperous through football. We are constantly thinking of ways to provide environments that can make that a reality.

We want to provide environments where all members of our football family can feel safe, comfortable, and free to play football. I believe that JFA is there to make that a reality. Comparing to those countries who have reached the semi-finals of the FIFA World Cup, Japan has a smaller ratio of registered football players in the total population. In order to raise the overall level of football in Japan, we must increase the player population and broaden the base of our community.

Are minds our currently occupied by topics surrounding the coronavirus, but the 2022 World Cup will not wait for us, while the Tokyo Olympics is also scheduled for 2021. JFA will continue to provide full support to each category of Japan National Team, and we appreciate your continued support. 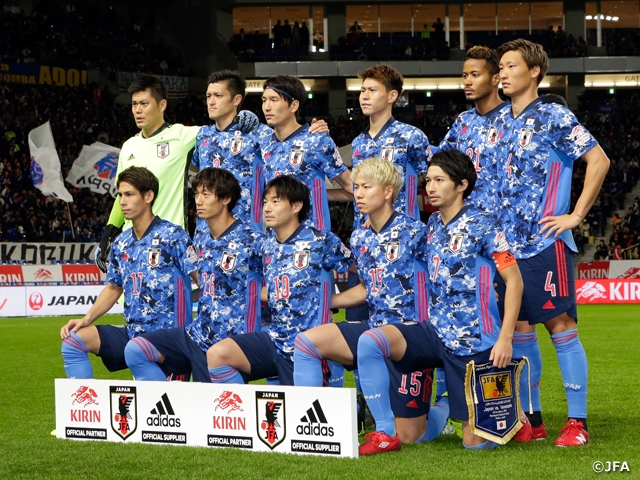