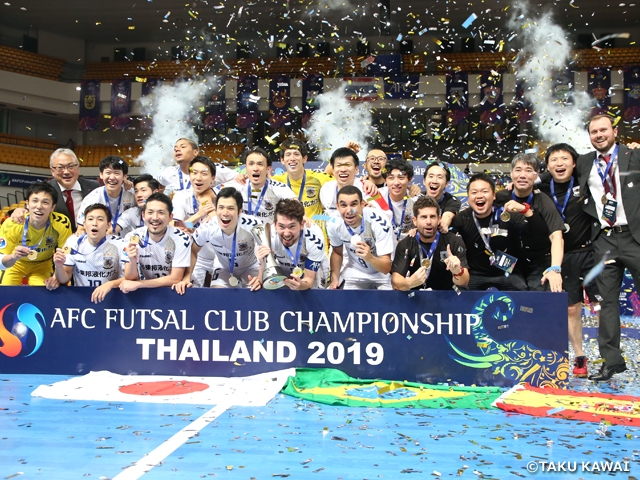 The two sides had faced each other at the group stage, where Nagoya won with a score of 3-2. In this rematch, Nagoya lined-up SEKIGUCHI Yushi, HOSHI Ryuta, YOSHIKAWA Tomoki, PEPITA, and HOSHI Shota to start the match. 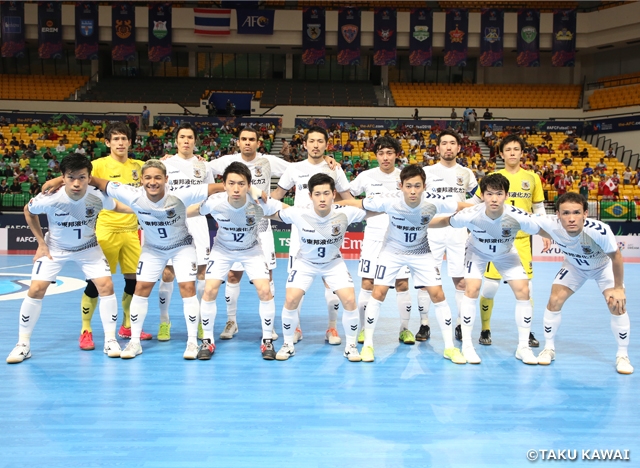 It was the Nagoya side who took the initiative of the match in the early minutes, as they kept their composure to keep the ball moving while showcasing quick transitions between offence and defence. Historically, Iranian clubs have shown their superiority in one-on-one duels, but on this day, the Nagoya players displayed great efforts to win the battles.

In the seventh minute, MIZUTANI Soma broke through the right side. With two defenders applying pressure, Mizutani almost lost control of the ball, but managed to keep possession of the ball. As he later reflected, “I thought about taking a shot myself, but I heard Hirata calling my name,” Mizutani delivered a pass to HIRATA Neto Antonio Masanori, who dribbled past a defender and the goalkeeper to slot the ball into the net.

With Hirata scoring in his final match with Nagoya before heading to the Portuguese side AD Fundao on a loan, the F. League champions showcased a solid performance in defence to keep the Iranian side from creating opportunities. While the players upfront did their job to limit the passing angles, Hoshi Ryuta and ANDO Ryohei did a fine job keeping the opposing ace, Mahdi JAVID, from playing freely, as the match entered halftime with a 1-0 Nagoya lead.

The two teams continued to showcase a heated battle in the second half. Although Nagoya showed signs of struggle to score goals in the early minutes, their long awaited goal came in the 13th minute of the second half. The goal came from a set-play, where Yoshikawa delivered a lobbing pass to Ando, who struck a volley that got passed the Iranian goalkeeper Alireza SAMIMI, making it 2-0.

With time running out, Mes Sungun initiated their powerplay to rally back, but Nagoya showcased their persistency to keep their lead intact. Nagoya’s goalkeeper, Sekiguchi, came close to scoring a goal, as his counter shot struck the goal post. The match ended with a final score of 2-0, giving Nagoya a record breaking fourth AFC Futsal Club Championship, which was their first title in three tournaments. 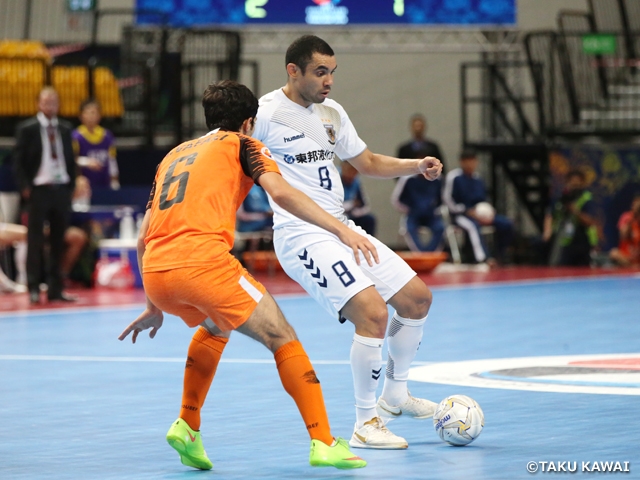 At the third place match, Thai Son Nam (Vietnam) defeated AGMK FC (Uzbekistan) 6-4, as Japan Futsal National Team member SHIMIZU Kazuya scored a hattrick to help the Vietnamese side claim the victory. After scoring 10 goals in six matches, Shimizu became the top scorer of the tournament, while Nagoya’s Yoshikawa was named as the tournament MVP.

FUENTES, Coach (Nagoya Oceans)
I am very happy with this result and I would like to thank the players first. Every single match was a difficult match for us, and the players showed great improvements over the tournament. I believe that the development of our players played a key role in this achievement. We have many coaching staffs that supported us, and many other people involved in this big club, including those who are supporting us from Japan. I would like to thank every one of them. I would also like to thank all of our fans, who has supported us in Thailand and from Japan. Thankyou very much.

FP #6 YOSHIKAWA Tomoki (Nagoya Oceans)
We faced numbers of tough matches from the group stage and there were no easy games for us throughout the tournament. I am very satisfied with our accomplishment. This title was won by everyone involved with this team, including the supporters. I wouldn’t have been able to win the MVP award without everyone’s support. I am not a striker, so I am usually not in contention with these types of awards, so this means a lot for me. I would like to thank everyone who has supported us in this tournament.

FP #9 HIRATA Neto Antonio Masanori (Nagoya Oceans)
Suzutani made a great effort in the flank to set up the goal. I have been working on the plays to dribble pass the goalkeeper, so I am glad that I was able to showcase the play in this match. I have approached every match with the same intention to earn the victory, so the final was no different from the other matches. After the match was over, I was overwhelmed by sadness more than joy, because I will be leaving the team I have played for a long time. I hope that I was able to give something back for the club with this victory.