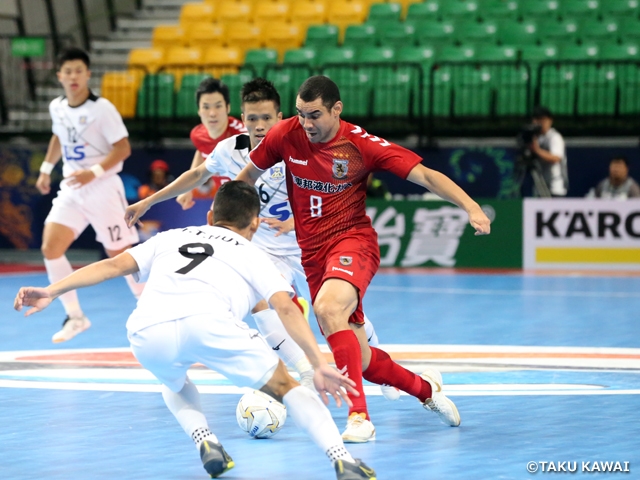 The two sides have clashed in last year’s quarterfinals, where the Vietnamese side took the win in overtimes. With revenge in mind, Nagoya Oceans lined up SEKIGUCHI Yushi, HOSHI Ryuta, YOSHIKAWA Tomoki, PEPITA, and HOSHI Shota to start the match. In the opposing end, Japan Futsal National Team member SHIMIZU Kazuya, who has scored a tournament leading seven goals, featured the starting line-up for Thai Son Nam.

The match started off with Pepita striking a powerful shot that struck the cross bar to take the initiative. Following their 3-1 victory over Vamos FC (Indonesia), Nagoya showed great aggression to take control of the match.

The opening goal came in the fifth minute, when Yoshikawa dribbled through the left side and delivered a cut back to Pepita, who pierced a shot into the near side to give Nagoya the lead.

After scoring his sixth goal of the tournament, the Brazilian striker gained more momentum, as he applied aggressive pressure to force turnovers from Thai Son Nam. In the 16th minute, Pepita responded to Yoshikawa’s lobbing pass and scored a right footed shot to double the team’s lead.

Nagoya showed great defence throughout the match to deny Thai Son Nam from delivering passes to Shimizu. The Japanese striker made changes to his position in efforts to initiate attacks for the Vietnamese side, but Nagoya made the necessary adjustments to block his attempts. 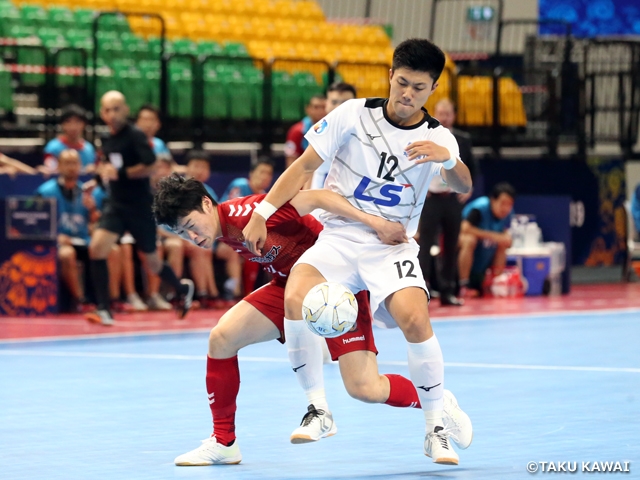 In the sixth minute of the second half, Thai Son Nam managed to capitalise on a set play earned from a passing error committed by Nagoya, cutting their deficit in half.

However, a Thai Son Nam player was shown his second yellow card of the match in the 13th minute, giving Nagoya a numerical advantage. Nagoya took full advantage of the situation, as Hoshi Shota scored the team’s third goal. With time running out, Thai Son Nam initiated their powerplay to rally back, but Nagoya managed to maintain their lead until the final whistle, as the match ended with a score of 3-1. 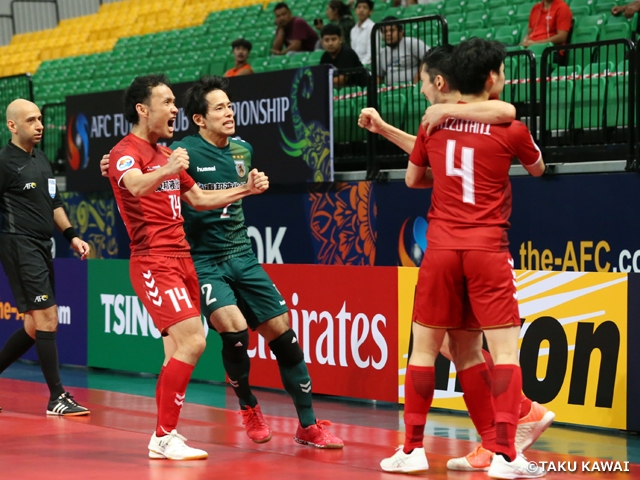 After winning all five matches leading to the final, Nagoya Oceans will now face Mes Sungun Varzeqan (Iran), who they have faced in the group stage, in search for their fourth AFC club title.

FUENTES, Coach (Nagoya Oceans)
This was a very tough and difficult match for us, but we are happy with how the match turned out. The match was played between two sophisticated futsal teams, thus making the strategical and tactical aspects a very important part of the match. We have fought hard to advance through to the final. At the final, the team who is capable of giving their utmost efforts will win the match. We will give our best efforts in every duel and every defensive play, so that we leave no regrets after the match.

FP #6 YOSHIKAWA Tomoki (Nagoya Oceans)
Everyone remembered the bitterness we felt last year, and it helped us play with great intensity in this match. We managed to enter the match with great aggression, while staying focused to maintain the momentum throughout the match. We also did well to keep Shimizu out of the match. We weren’t just focused on him, but we knew he was one of the key players to keep an eye on, so we tried to deny the ball from reaching him. We have faced Mes Sungun at the group stage, so it will be an even tougher match, but I am looking forward for the challenge.

FP #7 ANDO Ryohei (Nagoya Oceans)
We have proved that we will not lose to the same opponent twice. Regardless of the opponents, Nagoya Oceans is capable of taking control of the match through our defence. After losing to them last year, I was really pumped up for this rematch. Although we allowed our opponent to pick up their rhythm in the second half, we still managed to showcase our persistency to defend through that stretch. It doesn’t matter who we face at the final, our job is to win the match.

FP #12 SHIMIZU Kazuya (Thai Son Nam FC)
I am very disappointed. The pressure applied by Nagoya Oceans was stronger than I expected. It was the most pressure I felt during this tournament and I wasn’t able to receive the ball upfront for a long time. Even when I dropped back to change the dynamics of the match, they would block the spaces upfront to deny us from creating our usual attacks. Although we lost today’s match, we still have a chance to win third place, so we will reset our minds and give our best efforts to win our final match.