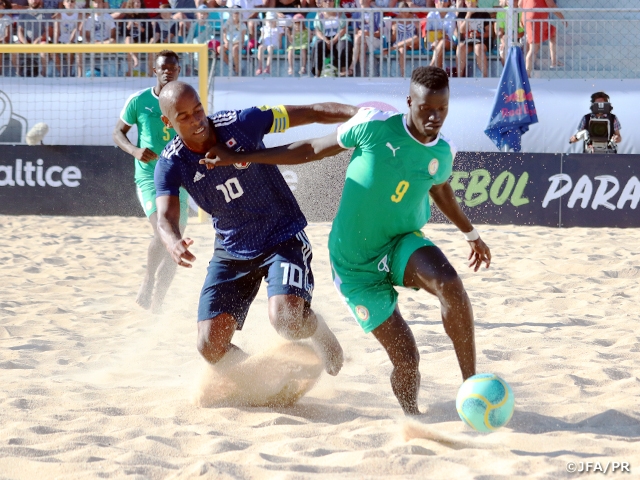 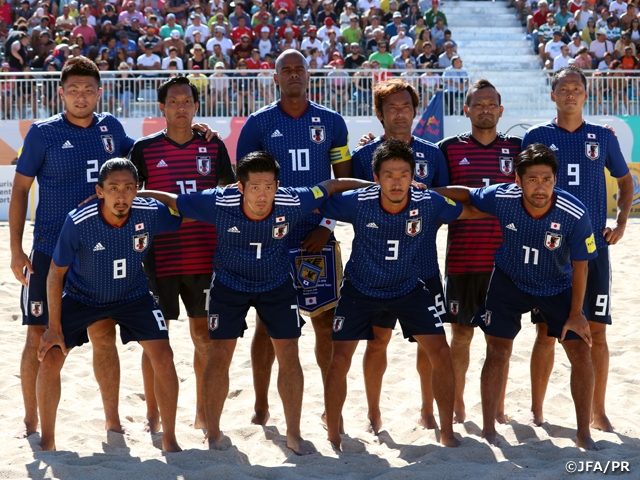 Facing the Senegal Beach Soccer National Team, who has won the African qualifiers for the FIFA Beach Soccer World Cup 2019, Japan stared off with an early goal scored by their goalkeeper KAWAI Yusuke in the third minute but conceded the equaliser in the sixth minute to finish the first period 1-1.

Japan once again scored the first goal in the second period, as YAMAUCHI Shusei struck a volley shot to make it 2-1. However, following the same footsteps from the first period, conceded the equaliser soon after to enter the third period with a tie score.

With both teams showcasing a heated battle in the third period, the match entered over time, where Senegal captured the game winner in the 39th minute to make it 2-3, handing Japan their third consecutive loss at the tournament. As a result, Japan finished the tournament in fourth place. 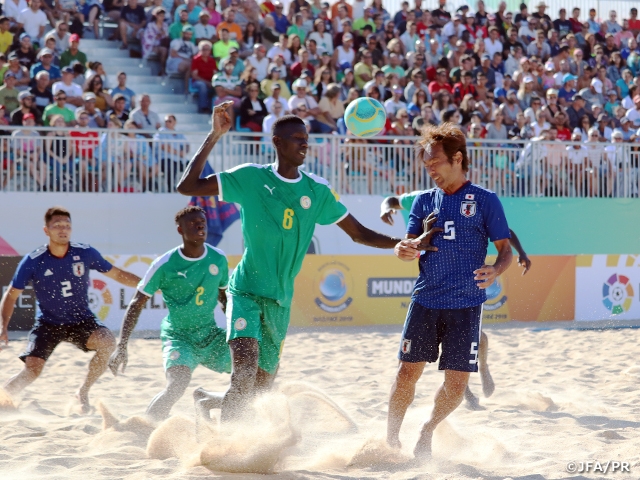 GK #12 KAWAI Yusuke (Tokyo Verdy BS)
We entered the match with the intention to simulate a scene at the World Cup, as we still had a chance to take first place depending on the goal differentials. We analysed Senegal before our training session in the morning, which helped us take the initiative of the match in the early minutes. However, I was not able to pick up my rhythm, while our team struggled to create opportunities for a while. It made us realise that we must prepare ourselves better as individuals and showcase a better performance as a team in order to make a deep run at the World Cup. We don’t have much time left, but we will use the remaining time effectively to get ourselves on the same page.

FP #3 IINO Tomoyuki (Tokyo Lequios BS)
This was a very regretful tournament for us. It reinforced the importance of communication among the players. In order to improve both are offence and defence, we must find ways to add more layers to our plays. We must accept this result and make the most out of this experience to reach higher gaols.