SAMURAI BLUE resume training ahead of match against Costa Rica 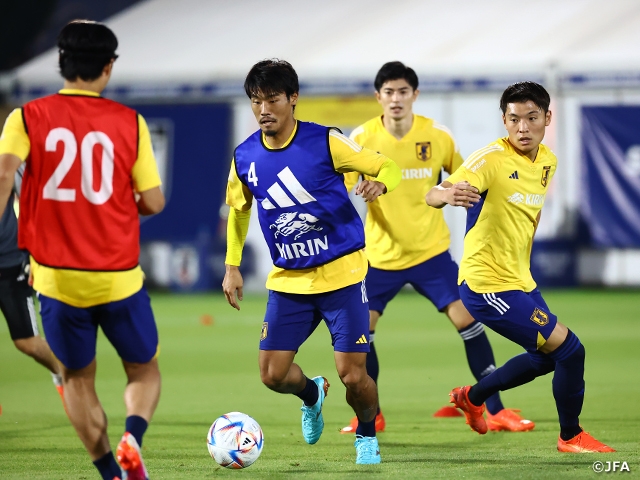 One day following their historic win over Germany in their opening group stage match of the FIFA World Cup Qatar 2022™, the SAMURAI BLUE (Japan National Team) resumed their training in Doha on Thursday 24 November.

An unusual amount of media members from other countries attended the Al-Sadd training facility on this day as the team resumed their training ahead of their second group stage match against Costa Rica on Sunday 27.

The evening training session was held in two groups, while the starting players including ENDO Wataru (VfB Stuttgart), ITO Junya (Stade de Reims), and GONDA Shuichi (Shimizu S-Pulse), as well as ASANO Takuma (VfL Bochum), who came on as a substitute to score the game-winning goal in the second half, conducted a series of light exercises to recover and condition their bodies, before leaving the training ground early.

The rest of the team, including MITOMA Kaoru (Brighton & Hove Albion FC) and DOAN Ritsu (SC Freiburg) trained for an hour and a half to work up a sweat.

Following their warmup routine, the players, including the two goalkeepers KAWASHIMA Eiji (RC Strasbourg) and SCHMIDT Daniel (Sint-Truidense VV), engaged in a passing drill which emphasised the accuracy of their passes and ability to make quick transitions in a small space.

The goalkeepers then conducted their own drills to hone their close-range catching abilities against various ball trajectories. The field players thoroughly worked on their passing and ball control skills, before engaging in variety of possession drills. 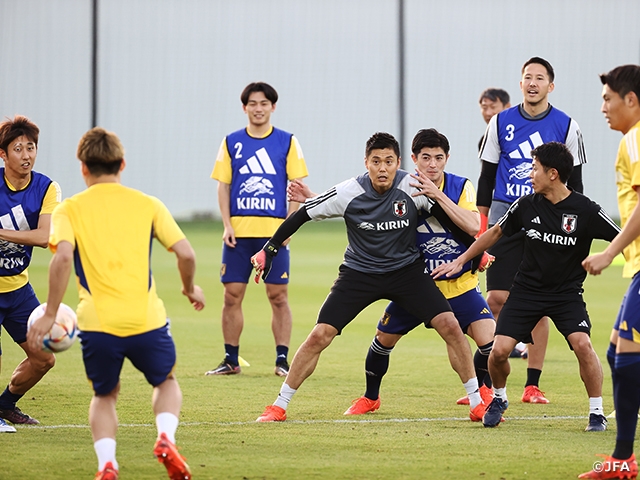 After that, the team practiced a number of shooting drills, including one in which they repeatedly delivered crosses to the near side. Shortly after the players were seen playing a shooting game in a small grid, the session came to an end.

SAKAI Hiroki (Urawa Red Diamonds) and TOMIYASU Takehiro (Arsenal), who both played in the match against Germany, took the day off after experiencing discomfort in their left and right legs respectively.

Japan got off to a good start in the group stage with a win over Germany, but all of the players agree that they must now turn their attention to the upcoming game.

Doan, who scored the equaliser against Germany, shared his determination for the upcoming matches, “Yesterday we celebrated as hard as we could. Today we are focused on our next match without looking back. I think the victory over Germany was a significant moment for Japanese football, but we haven't achieved anything yet. Reaching the quarterfinals is our minimum goal.”

MORITA Hidemasa (Sporting CP), who has shown no sign of the effects of his injury in training, added, “The players have moved on and we are aware that the next match has become even more important. The goal difference will also come into play, so we need to be careful not to let up at any point.”

Costa Rica have lost to Spain 0-7 on the same day Japan played Germany.

When asked about their next opponent, Shibasaki commented, “We don’t know how they will approach the match. We have played them before in a friendly, but this is the World Cup. It will be a totally different match.”

The SAMURAI BLUE’s second group stage match against Costa Rica will be played on Sunday 27 November at 13:00 local time (19:00 Japan time). In efforts to match the kick-off time, the team will start their training session before noon on Friday. 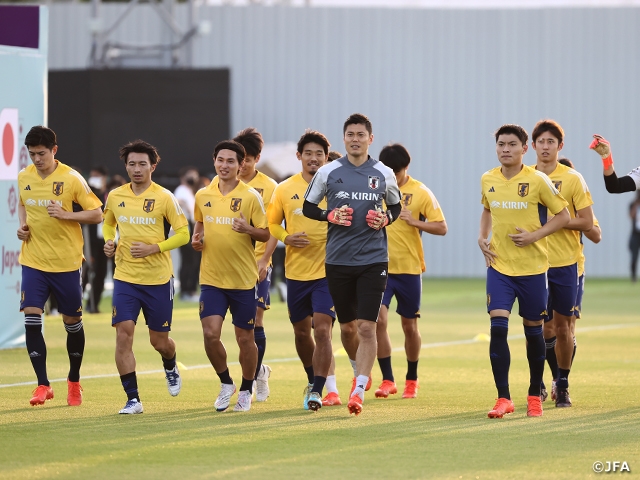