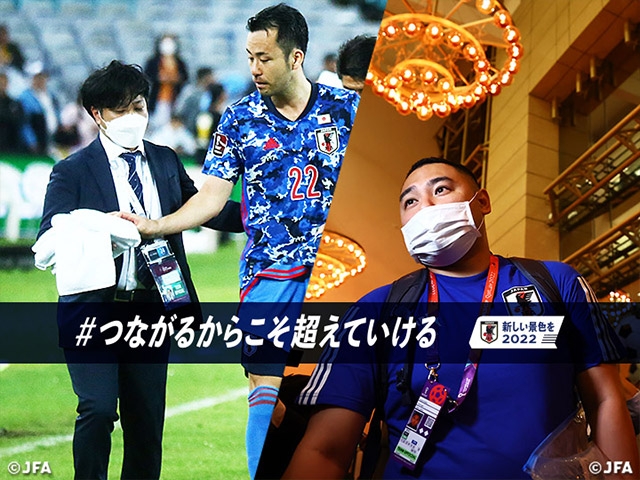 Base camps are a crucial element when competing in the FIFA World Cup™. How does the SAMURAI BLUE (Japan National Team) select their campsites? We spoke to Mr. CHIMOTO Akihiro from the JFA Team Communication Department and Mr. SUGIYAMA Tomoaki from the Men's Group of the JFA Player Development Department about the campsite selected for the FIFA World Cup Qatar 2022™.

――Tell us about the selection process for the FIFA World Cup Qatar 2022™ campsite.

CHIMOTO TSUMURA Naokiwho works at the JFA Europe office, was the first to visit the campsite and helped us narrow down the list of locations for the potential campsites in Qatar. Because of the pandemic, I was not able to make frequent visits myself, but I still visited Qatar on three occasions after the campsite had been almost finalised. Although I wasn't heavily involved in the selection process, I have been organising how to run the facilities for the media.

SUGIYAMA My first visit to the campsite in Qatar was in September 2021, when the team played China PR in Qatar at the AFC Qualifiers (Road to Qatar). After the match I stayed on site to visit one of the potential hotels and training facilities, which was the Al Sadd SC facility (Al Sadd SC New Training Facilities 1) that was later chosen as our campsite.

CHIMOTO After the match against China PR, Head Coach MORIYASU Hajime and his coaching staff also visited the site, where we had the opportunity to speak with the club officials of Al Sadd.

SUGIYAMA Coach Moriyasu had the opportunity to meet Coach Xavi HERNANDEZ, who was the head coach of Al Sadd at the time, when we visited the facility, where the Spanish coach, who currently leads FC Barcelona (Spain), gave his assurance that "this is a great facility." 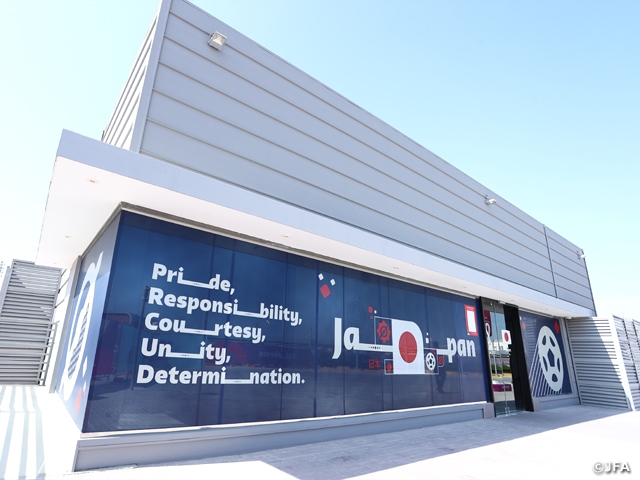 ――Did the coach make any requests during the process of narrowing down the shortlist?

SUGIYAMA The hotel's proximity to the training facility was one thing, but Doha is such a small city that travel time was not a problem no matter where we stayed. We therefore searched through FIFA's list of campsites for the best location.

CHIMOTO In terms of priority, we looked for places with good training facilities first. During the competition, the players spend a lot of time at the training facility, not only for training, but also for recovery and treatment. In this context, the training facility at Al Sadd were perfect and that was one of the deciding factors for us to choose Al Sadd as our campsite.

SUGIYAMA The training facility at Al Sadd included a gym with large windows overlooking the pitch, a medical room, and a relaxing environment that was reminiscent of the Prince Takamado Memorial JFA YUME Field in Japan, where the national team frequently trained.

CHIMOTO It certainly does resemble the environment in Japan, so the players should be able to stretch and take care of themselves just like they would back at home and be able to enjoy their time a little more.

――The team also used the training facility of a club team (FC Rubin Kazan) at the 2018 FIFA World Cup Russia™, did that experience help you?

CHIMOTO We have a lot to gain from being able to use the cutting-edge training facility of a top Qatari club. On the one hand, this tournament will take place entirely within a small area, unlike the 2018 FIFA World Cup Russia™. While the players will be relieved from the burden of traveling, it also means that they will be making frequent travels between their hotel, training facility, and match venues, which could be stressful. Making sure the players don't feel stressed out from this routine is important to us.

――Did the pandemic cause any difficulties in the preparation process?

CHIMOTO SAMURAI BLUE has been active ahead of other categories and other sports. We have accumulated a lot of know-how over the past two years, which we will be able to utilise in this competition. The difficulty, however, is that players playing in Europe are subject to less stringent regulations than those playing in Japan. We want to ensure that everyone follows the same rules, adheres to the protocols set out by FIFA, and works to reduce the risk of infection. 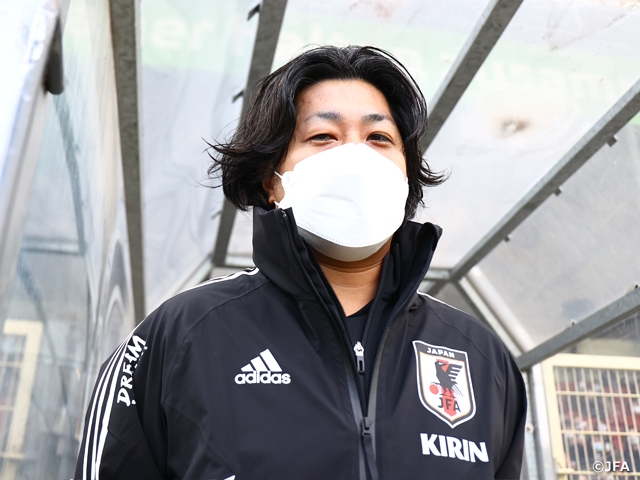 ――The tournament is fast approaching. Can we assume that the preparations are going well?

CHIMOTO In terms of my own responsibilities, preparations are underway to setup our own media centre. The number of media personnel coming from Japan is one of the largest among the participating countries, so we must create an environment in which they can cover the event without any issues. Although the media centre in Al Sadd is under construction at the moment, it will be the largest media centre among the competing countries by the time of the tournament. We are preparing so that media from all over the world can disseminate information from there. Despite the distance between Doha and Japan, we hope to serve as a hub for information about the Japan National Team and to assist in providing positive news to Japan on a daily basis.

SUGIYAMA We are currently coordinating to make hotel arrangements for the players' families and team officials, but this will probably continue to be handled prior to, and perhaps even during, the tournament. I will do what I can to ensure that everything runs smoothly and that the players can concentrate on playing without being stressed. At JFA, we are all striving to “see a new landscape,” and we want to be well prepared to achieve our goal. 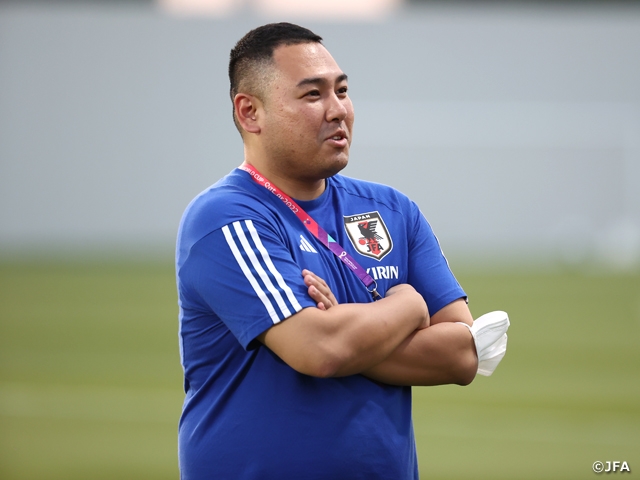