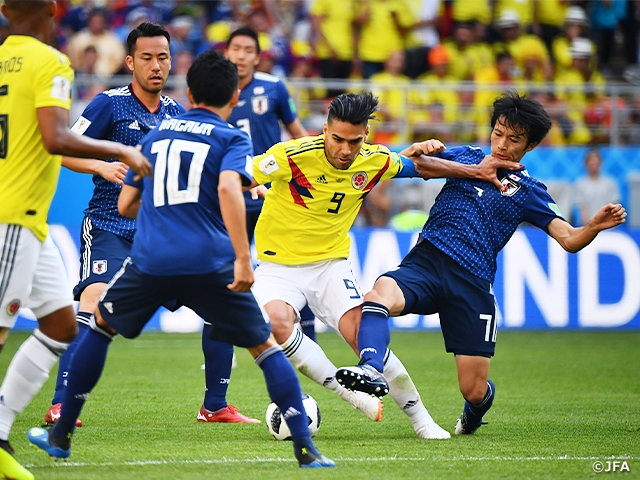 1 Win and 1 Loss in the most recent matchups

Following their second-place finish at the AFC Asian Cup UAE 2019, the SAMURAI BLUE (Japan National Team) will now welcome the South American powerhouse, Colombia, for the KIRIN CHALLENGE CUP 2019, which will be their first match played in Japan this year. With Japan being invited to participate at the CONMEBOL Copa America, which is scheduled to be held in Brazil during the months of June and July, this match will present them with a great opportunity to test their abilities.

In the past, Japan has faced Colombia four times, where they hold a record of one win, one draw, and two losses. Their only victory over the South American side came in the first group stage match of the 2018 FIFA World Cup Russia in June. In that match, Japan struck first with the penalty kick converted by KAGAWA Shinji in the sixth minute. Although Japan conceded the equaliser in the 39th minute, OSAKO Yuya connected with HONDA Keisuke’s corner kick to head home the go-ahead goal in the 73rd minute to earn a 2-1 victory over the opponent they lost 1-4 at the 2014 FIFA World Cup Brazil.

Despite the loss to Japan, Colombia led the group to advance through to the knockout stage, as they showcased fast paced pass-works and spectacular individual skills to earn two consecutive victories. At the Round of 16, Colombia played out a great bout against England, where the score was even at 1-1 after 120 minutes of play, and it was England who prevailed at the penalty shootouts. Following the World Cup, Colombia was managed by an interim coach from September, but the squad still consisted the members who has achieved the nation’s best record of reaching the Quarterfinals at the World Cup Brazil, and those who fought through the World Cup Russia. With their ace striker, Radamel FALCAO leading the line, Juan CUADRADO and Juan QUINTERO features the midfield. After being limited with his performance at Russia due to an injury, James RODRIGUEZ has shown signs of recovery with his goal scored against the USA in October. On 7 February, it has been announced that Coach Carlos QUEIROZ will take the helm of the team, after the Portuguese coach has led Iran to the Semi-finals at the AFC Asian Cup. 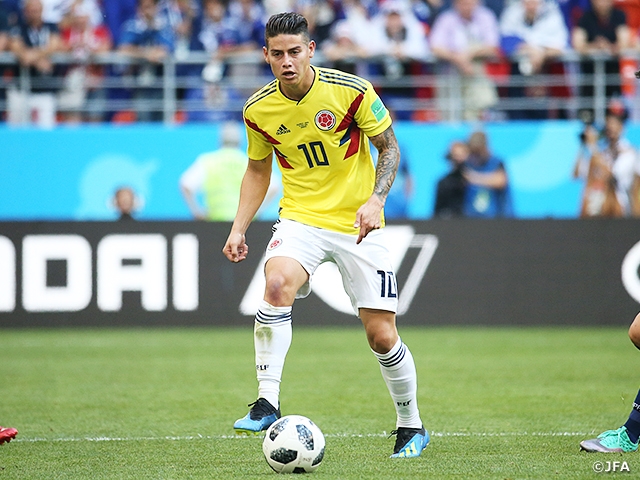 Japan in search for higher standards

A win over the South American side can give Japan great confidence moving forward. They will seek to build on their quick vertical passes into the penalty area, which showed to be effective at the recent AFC Asian Cup. The Japanese players will be asked to utilise their agility to find the spaces behind the opposing defenders, while they must also be alerted to contain the quick movements of the opposing striker, Falcao.

Following the AFC Asian Cup Final against Qatar, Coach MORIYASU Hajime has mentioned, “The team was able to improve over each match, and we have managed to construct the foundation of our team.” The Japanese side will now be tested if they can showcase their strengths against a team with a totally different playing style. The supporters are anticipating to see aggressive plays in both offence and defence at Nissan Stadium, while many hopes to see new forces rise to the occasion. 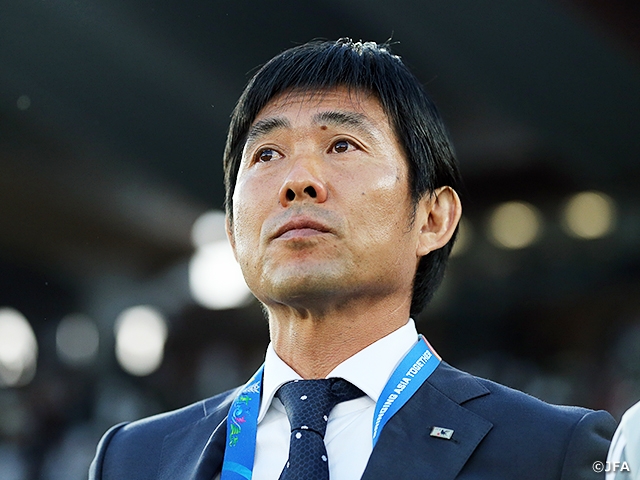