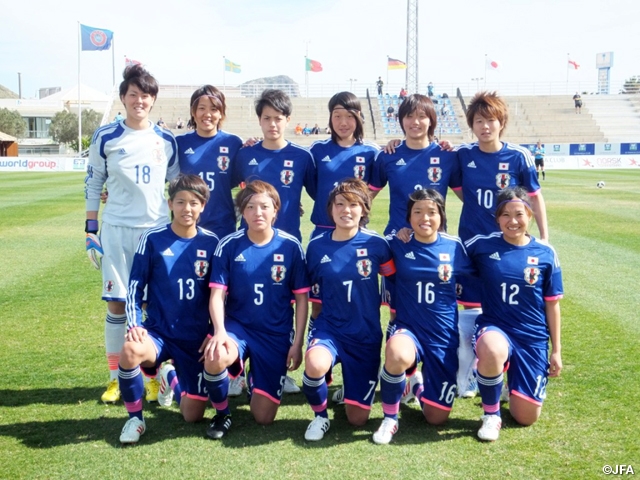 The Japan women’s U-23 side earned their first win at the Women’s U-23 Six Nations Tournament in La Manga, Spain, by rallying past Norway 2-1 with two second-half goals by Shimada Chiaki on Monday.
The young Japanese side gave away the lead in the 20th minute when Camilla Christensen’s strike hit Haza Hisui’s foot before finding the goal.
Japan rallied hard and put the Norwegians under pressure. Their efforts paid off eight minutes into the second half when Shimada slotted home a Tanaka Mina pass to level the scores.
Two minutes later, Japan went ahead after Shimada intercepted a Norway pass, moved forward and fired in a shot from 20 meters.
Japan will play England on Wednesday in their third and final game. England were held to a 1-1 draw by Norway in their first game and lost 4-2 to Germany in their second.
Japan U-23 coach Nakamura Jun said, “It was a pity that we allowed them to score a goal after giving away a second ball, but that indicated what we have to fix ahead of our next game. I think we did well in the second half, playing with the wind behind us and putting pressure on our opponents.
“We have used all our 18 players over the last two matches and it is important for a player to play more than two positions in the team when you are playing with a small squad. We’ll play our best team in our next game to make sure we win it.”