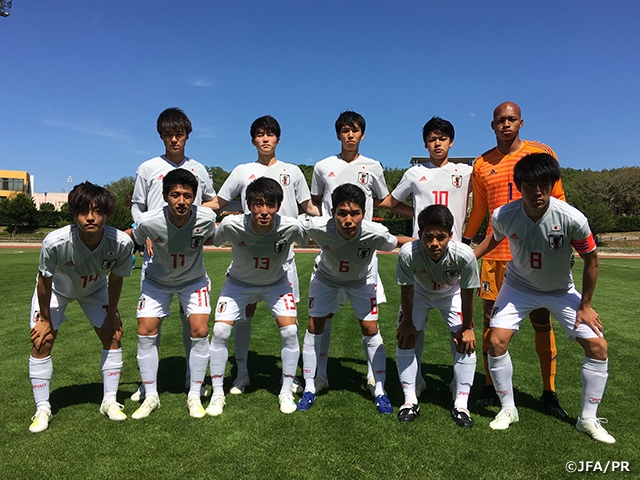 One day following their match against the U-18 Portugal National Team at the 25th Lisbon International Tournament U18, the U-18 Japan National Team spent the entire day recovering their bodies on Monday 10 June. The players took the afternoon off after going through a recovery session in the morning. The team held a video session in the evening to go over the films of their match against Portugal, holding a meeting afterwards to address which aspects needs improvements. The players discussed the need to play in a more zone coverage, to be more involved in each other’s plays, and to apply more pressure to the opponents. 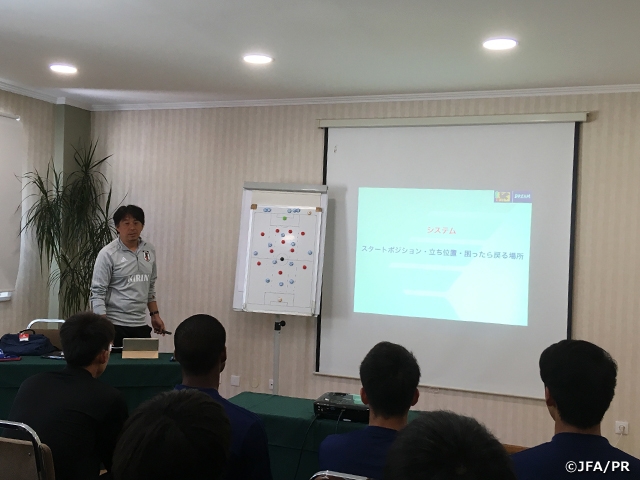 On Tuesday 11, in order to prepare for their match against the U-18 Norway National Team, the team played a training match against CD Mafra, a local club belonging to the second division of the Portuguese league. The U-18 Japan National Team earned a 7-1 victory in this match, giving the players the opportunity to reflect on the previous match and work on the discussed aspects from the meeting. 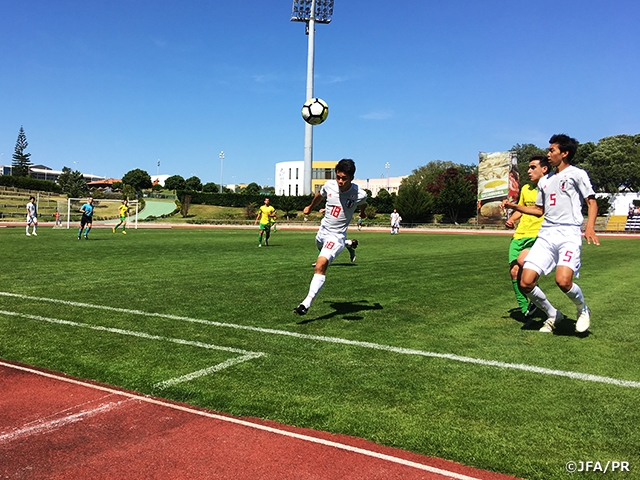 DF #16 HAYASHIDA Kaito (Cerezo Osaka U-18)
With this being my first call-up to the national team, I am very happy to be here. I will work on my tasks to improve myself, while building on what I managed to do well in today’s match. We still have a chance of winning the title, so we will give our very best efforts in the match against Norway and end the tournament on a high note.

MF #11 MATSUDA Eitaro (Yokohama F・Marinos Youth)
It was great to win this match, especially after loosing to Portugal 0-3. The fact that we managed to score many goals will give us confidence ahead of our next match, so we will prepare ourselves well to win our final match before returning to Japan.

FW #13 HARUYAMA Misaki (Teikyo Nagaoka High School)
I am very happy to be selected into the U-18 Japan National Team for the first time. The two matches we’ve played here has made me realise that I still have long ways to go, but I will do my best to showcase my character in our final match against Norway and help the team win. I will not forget all the support given from my peers and work hard to survive at this level.