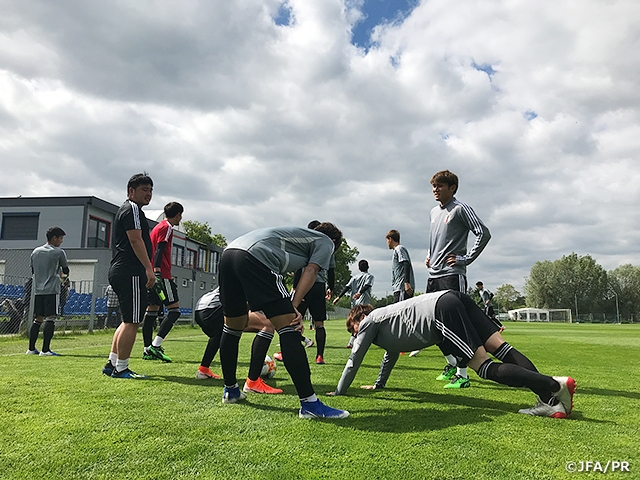 On Saturday 25 May, the U-20 Japan National Team held a training session one day before their match against the U-20 Mexico National Team.

Since arriving to Poland, the team was welcomed with warm weather, but on this day, the session took place under a rather chilly weather with cloudy skies. The training fields were assigned by the tournament organiser each day, and the players took their time to check out the pitch conditions in each training session. 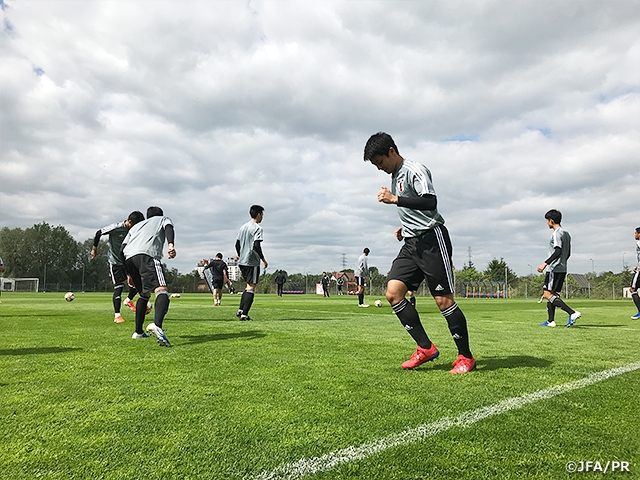 The team started off the session with a light jog, followed by warmup routines with agility/reaction drills to work up a sweat. The session went behind closed doors after the first 15 minutes as the team went through their tactics ahead of their match against Mexico to finish off the session that lasted about an hour.

After the conclusion of the first fixtures of the group stage, Japan was the only team out of Asia (Saudi Arabia, Korea Republic, Qatar, Japan) who earned a point. The players spent their time off the pitch to watch the matches played by other teams to observe the competition level of this tournament and mentally prepared themselves for their next big match. The U-20 Japan National Team will face Mexico in their second group stage match on Sunday 26 15:30 (22:30 Japan time). 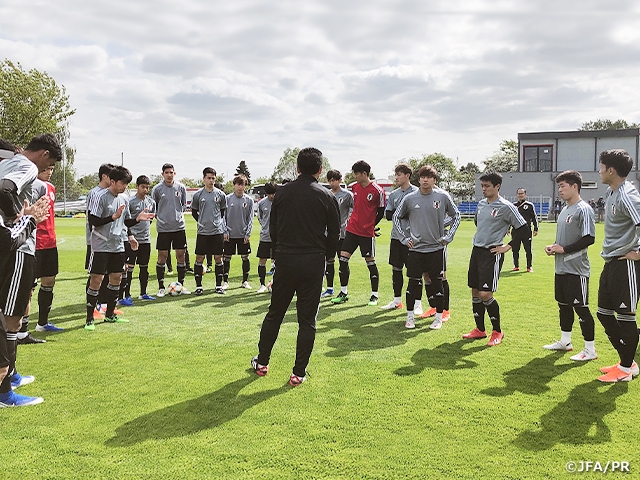 DF ＃2 HIGASHI Shunki (Sanfrecce Hiroshima)
Ahead of tomorrow’s match, we spoke to each other to strive to perform the way we did in the second half against Ecuador. I feel like we have prepared ourselves well and I am looking forward for the match. I win in tomorrow’s match will give us a huge step towards the knockout stage, so we will enter the match as a team and give our best efforts to win the match.

FW ＃13 MIYASHIRO Taisei (Kawasaki Frontale)
In 2017, I have played at the U-17 World Cup held in India, and I am constantly talking about the international football scenes with my teammates, so this experience of playing overseas does not make me nervous. In our match against Ecuador, I watched my team play from the bench and visualised what I would do differently if I was on the pitch. When the coach called my name, I entered the match with the commitment to help the team. I would like to thank all the supporters who have made it all the way over here to support us. I am also told that many people are supporting us through the broadcasts, so we hope to give back to all of our supporters by giving our utmost efforts to win the match.