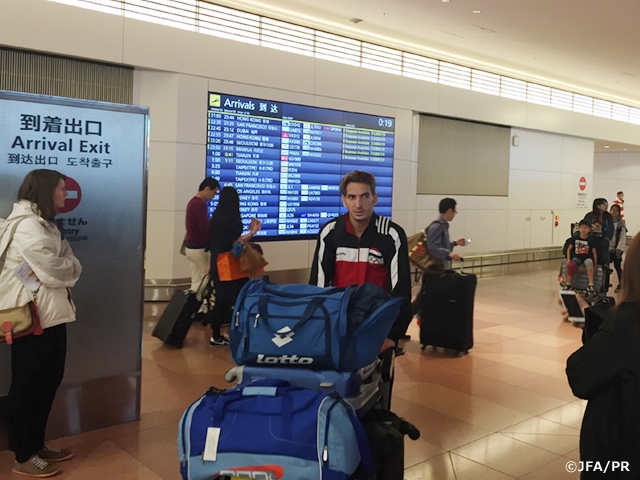 Part of the Syria National Team, including three officials and five players, arrived at Haneda Airport late at night on 26 March to meet Japan for the final match of the 2018 FIFA World Cup Asian Qualifiers Round 2.

Syria won against Cambodia 6-0 in Oman before leaving for Japan.

The players seemed to be tired due to the long flight and staying up late, and moved to the hotel.

The rest of the team, eight more officials and 12 players, will join on 27 March.

Syria, who aim to book a ticket to the final qualifying round, will hold the first practice session in Japan on the evening of 27 March and an open session the following day, in preparation for the game against Japan on 29 March. 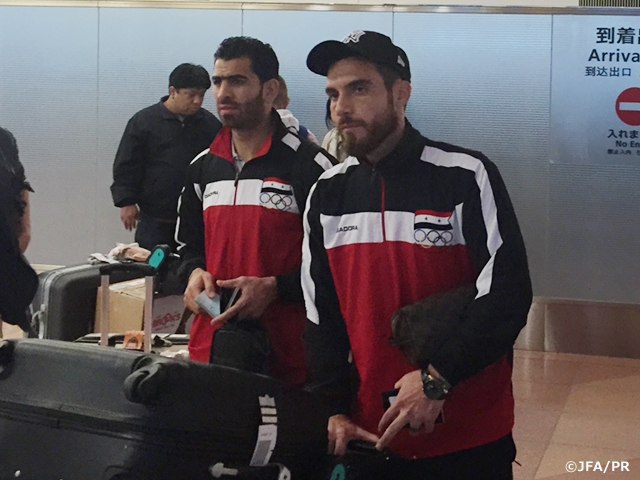 MHD ZAHER ALGHUNAIMI ALMEDANI
It’s my first time in Japan. I think Japanese football is very developed and many Japanese players are based abroad. Syria also have many players, who play in Oman or in other Gulf countries. I strongly feel that we need to earn three points in the coming match. 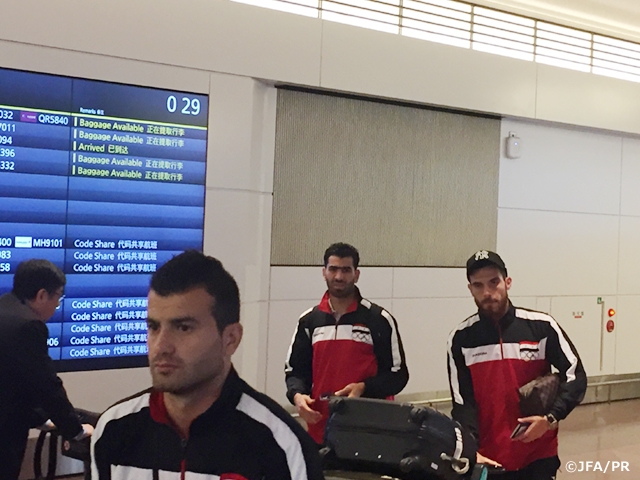