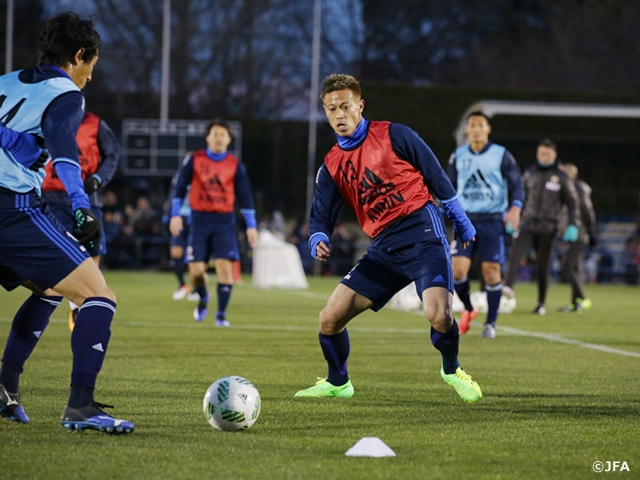 Another prep workout session was held in Saitama on 26 March for SAMURAI BLUE (Japan National Team) who are looking to play the final match of their FIFA World Cup Asian Qualifiers Round 2 campaign against Syria on 29 at Saitama Stadium 2002.

After warming up by running and engaging in strength training with balls, they took on 10-on-10 situational scrimmages using six small-size goals in an designated area, a little smaller than a half pitch. They particularly focused on having most of the players condense at one side of the pitch where the ball was, and making quick transitions between plays by limiting the number of ball touches allowed.

Then, the squad worked on feeding cross balls and meeting them in the middle as coach Vahid HALILHODZIC instructed and even demonstrated himself the angles and courses of crosses. The energetic workout lasted approximately 90 minutes.

Forward KOBAYASHI Yu (Kawasaki Frontale) who made an appearance in the second half of the match on 24th had to leave the team due to an injury, replaced by midfielder SAITO Manabu (Yokohama F・Marinos). Saito, who joined the team from this day’s practice, had been away from the national team for about two years, but already is very enthusiastic of his opportunity. “I think I blended in okay without causing any problem. I want to get myself understood and do more even in practices.”

As the result of all the second round matches that took place on 24th, Japan now with one more match remaining are with the spot in the final round already cemented. According to coach Halilhodzic, however, it is “a logical result”. “The final round is much more difficult. We want to be prepared by making small adjustments in detail,” added the coach.

Group E’s top place is at stake in the round’s final match against Syria. Japan are with 19 points after recording six wins, no losses and one draw, followed by only one point by Syria at second place. The previous match between the two in September last year ended with Japan’s 3-0 win.

Forward HONDA Keisuke (AC Milan) said, “we deserve some credit for getting a big win against Afghanistan. But we haven’t improved the way we play for the first 30 minutes of the first half since the away match against Syria and the match against Iran. We can be harsh critics for ourselves and have to look more deeply into every single play.” 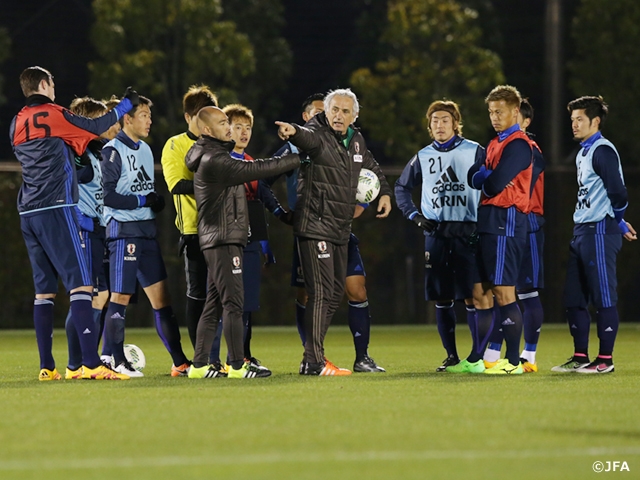 Vahid HALILHODZIC, Coach of SAMURAI BLUE (Japan National Team)
Getting to the final qualifying round is a logical result. It was good that we didn’t fail to be there, but our ambition doesn’t stop there, either. We can do more, and we should do more. The final round is much more difficult, so finally we can really see how much Japan National Team can play. We are trying various things, and both offensively and defensively and also in our mental aspects, we want to be prepared by making small adjustments in detail. I think that will be our identity, and at a high level competition, small things can make a difference.

MF  KIYOTAKE Hiroshi (Hannover 96)
The match against Syria is very important for Japan. Our team can be way better by getting united to play. So now we really need that unity. That will affect the final qualifiers outcome. In the match against Afghanistan, we were able to adjust flexibly for ourselves, not tied to our coach’s idea too much. I think we will need that kind of thing down the road. We want to make sure to be prepared, be on the same page altogether, and win upcoming matches with good goal margins.

MF  SAITO Manabu (Yokohama F・Marinos)
I came back to the national team after a while of absence. The coach is different and so is how the team’s being run. As a newcomer, I want to get myself understood and I want to do more even in practices. It’s an opportunity for me, so I want to spend productive time here in order to improve myself. Against Syria, we struggled in the first half of the away match, and we also lost to them at their home in the Olympic qualifiers. They are not easy opponents at all. This time it’s our home, so it’s a match that we must win by playing our football. I want to play aggressively even in practices to get an opportunity to play.

FW  HONDA Keisuke (AC Milan)
We deserve some credit for getting a big win against Afghanistan, but considering it could have gone differently if we hadn’t had Okazaki’s goal. So my honest takeaway is that we haven’t improved yet the way we play for the first 30 minutes of the first half since the away match against Syria and the match against Iran. In matches against Asian countries, the variety of what we can do and whom we play against is limited, but even in those situations, I think us Japanese can be harsh critics for ourselves and can keep challenging ourselves. For us to improve here, we have to look more deeply into every single play, keep our standards high and keep analysing ourselves and other teams, without getting too hyped with small results here and there.

DF  MAKINO Tomoaki (Urawa Reds)
We have already sealed the final qualifiers spot, but we can’t lose to Syria, and it’s important for Japanese football to get out of this round at the top. Whether football can keep people’s attention in Japan or not, it’s in our hands. I want to show that on the pitch. 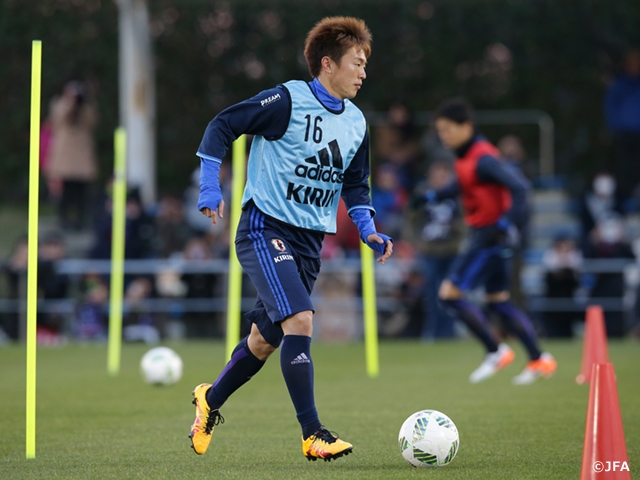