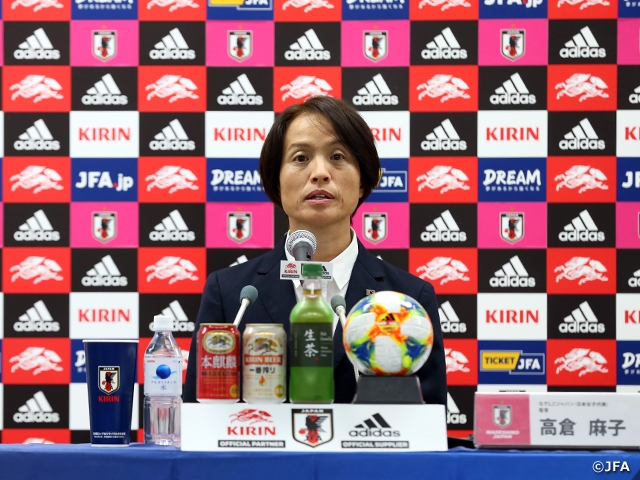 On Friday 20 September, coach TAKAKURA Asako of the Nadeshiko Japan (Japan Women’s National Team) held a press conference at JFA House in Tokyo to announce the team roster for the international friendly match against the Canada Women's National Team, which will take place on Sunday 6 October at IAI Stadium Nihondaira, Shizuoka. 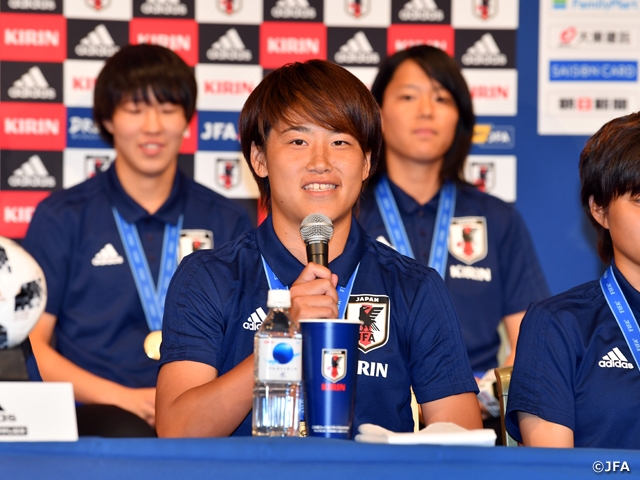 Ahead of their first match following the Women’s World Cup, coach Takakura shared her aspiration, “we want to confirm that we were heading towards the right direction. We will prepare ourselves so that we can enter this match against Canada with confidence.”

Regarding her selection of Takahashi, who helped the U-20 Japan Women’s National Team win the FIFA U-20 Women's World Cup France 2018, the coach described the talents of the newcomer, “she has great speed, height, and tremendous potential as a player.” When asked about Tanaka’s return to the squad, coach Takakura shared her take on the leading goal scorer of the Plenus Nadeshiko League, “watching her performance at the Nadeshiko League, I can tell that she has become more versatile as a player.” 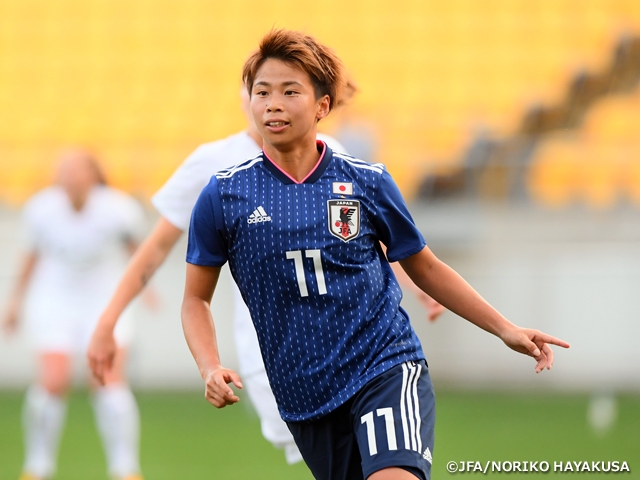 With the 2020 Summer Olympics (Tokyo) scheduled in a year, coach Takakura described the match against Canada as an important test match, “in order to win the gold medal at the Olympics, I must assess the players based on world standards and seek for player who can compete at the world stage.”

It’s been three months since the World Cup. Both the players and I have suffered a bitter experience at the World Cup, and I am sure that the players have been feeling hazy ever since. Meanwhile, we are given the opportunity to restart the team towards the Tokyo Olympics with a match against a strong team like Canada, and I feel very fortunate for this opportunity. We saw plenty of room for improvements at the World Cup, while we also took back many positives from the tournament, as we showcased a very close battle in our final match (against the Netherlands). The players were able to experience the world level in first-hand, and they are now aware that a small mistake can cost them the match. We hope to work on each and every detail to improve ourselves. Canada has the experience of finishing fourth place at the Olympics and they have become a force to be reckon with in the recent years. It will certainly be a tough match, but we are up for the challenge.