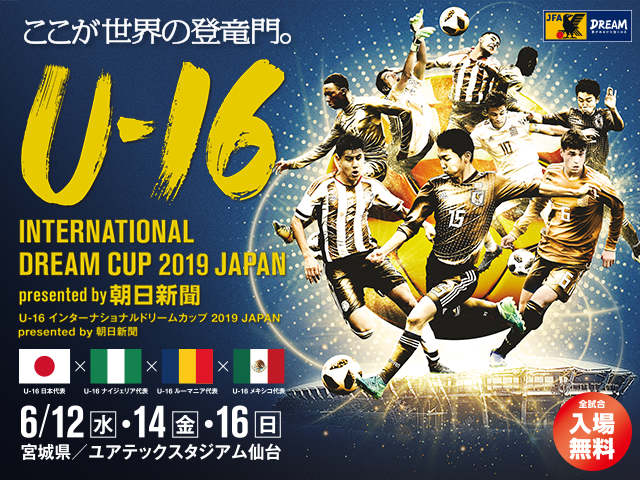 On Wednesday 12 June, the U-16 INTERNATIONAL DREAM CUP 2019 JAPAN will kick-off at Yurtec Stadium Sendai, Miyagi. This year, a total of four teams, Romania, Nigeria, Japan, and Mexico, will compete for the title. Here we will introduce the U-16 Mexico National Team and the U-16 Japan National Team along with their coaches' comments. 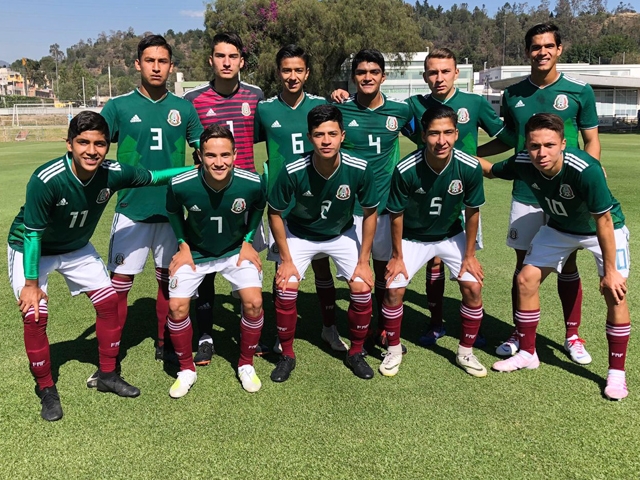 This will be their second tournament appearance following 2016. Mexico is one of the strongest teams of the CONCACAF, and their senior team is one of the regulars at the FIFA World Cup. Mexico is well known for their profound youth development system, and their side has won the FIFA U-17 World Cup twice, in 2005 and 2011. Their U-16 team has recently played at the Montaigu Tournament held in France, where they defeated Brazil and Spain to advance to the final, finishing as the runners-up after losing to Argentina in penalty kicks.

Comment from Coach of U-16 Mexico National Team
The U-16 INTERNATIONAL DREAM CUP will give our players a wonderful experience, not only on the pitch, but off the pitch as well. I hope our players will gain the opportunity to grow both as a football player and as a human being through this tournament.

Japan will be seeking to earn their third title after winning the inaugural title in 2015 and the tournament in 2017. The U-16 Japan National Team consists players who are highly regarded as the candidates to compete at the 2024 Olympic Games in Paris. The members who competed at the 2015 edition of this tournament featured players like HASHIOKA Daiki (Urawa Reds), and SAITO Mitsuki (Shonan Bellmare), who are currently named in the U-22 squad ahead of next year’s Tokyo Olympics. Also, KUBO Takefusa (F.C. Tokyo), who was recently named into the senior squad, participated in this tournament in 2016. The players competing in this year’s tournament will play against three other teams with very different styles of football. Their growth as a team and as an individual will certainly lead Japan to great success in the future events. 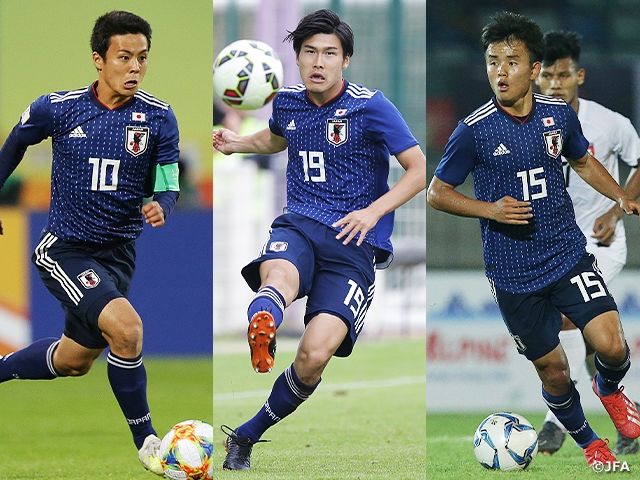 *FIFA Ranking: a ranking with points being awarded based on the results of all FIFA-recognised full international matches. (Numbers are based on the rankings announced on 4 April 2019)
*FIFA World Cup appearance: up to the 2018 Russia tournament.