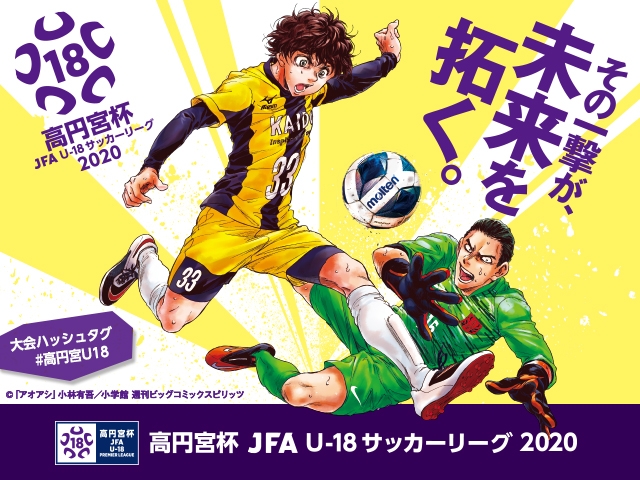 After the league was postponed due to the effects of COVID-19, Japan Football Association has determined the outline of the 2020 edition of “Prince Takamado Trophy JFA U-18 Football League.” Part of the league will be held as the “Prince Takamado Trophy JFA U-18 Football Super Prince League 2020,” a joint league between the Premier and Prince League which will kick-off around late August to September.

Following last year, the tournament’s main visual will continue to feature AOI Ashito, the main character of the popular comic series “Aoashi.” The tournament’s catchphrase, “That one strike will open up the future,” was determined through a pre-season vote held on Twitter.

Fixtures, schedule, and match venues will be announced onJFA.jpas soon as they are determined.

*Depending on the situation surrounding COVID-19, schedules are subject to change.
*This year’s league standings will not affect next year’s entry qualification. (No relegation/promotion)

*Sagan Tosu will enter as one team

Fixtures, schedule, and match venues will be announced onJFA.jpas soon as they are determined. (mid-August) 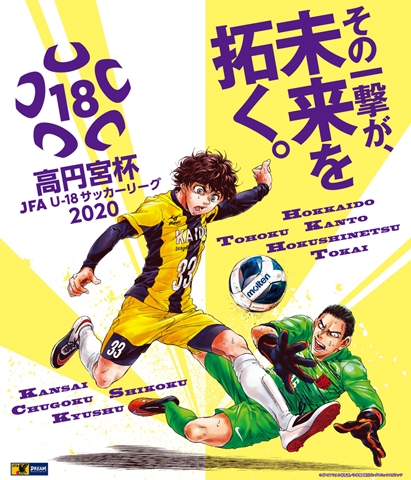 * “Aoshi” is a Japanese comic series written and illustrated by KOBAYASHI Yugo. The comic features football at the J.League youth category and the series have been published on “Big Comic Spirits” (Shogakukan) since the June 2015 edition. Currently, 21 volumes have been released. The comic was nominated in fourth place of the 2017 Manga Awards, and it was made into theatrical play in 2019. The comic spotlights the great fascination and depth of football and considered as a comic book that can fascinate adults.