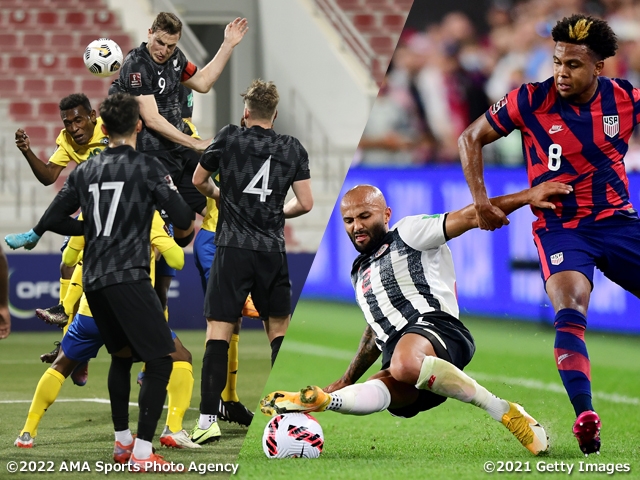 The opponent of the SAMURAI BLUE's (Japan National Team) second group stage match will be decided at the inter-confederation play-offs scheduled to be held in Qatar in June. The play-off will be played between New Zealand, the Oceania Football Confederation (OFC) qualifiers, and Costa Rica, who finished fourth in the Confederation of North, Central American and Caribbean Association Football (CONCACAF) qualifiers.

Delayed due to the Corona pandemic, the OFC qualifiers took place in Qatar in the second half of March this year. It was New Zealand who finished first to earn their spot into the inter-confederation play-offs. It was a fair result, as they were the favourites to go through. They won all five matches they played and dominated Solomon Islands 5-0 in the final. Chris WOOD, Joe BELL, and Matthew GARBETT, who scored in this match, all participated in the Tokyo Olympics and played in the quarterfinals where they lost to Japan in a penalty shootout.

Having scored five goals in the OFC qualifiers, which was the most in the qualifiers, and two goals in the Tokyo Olympics, Wood is the talisman of New Zealand. The centre-forward has also competed in the 2010 FIFA World Cup South Africa™ at the age of 18, and currently plays for Newcastle United in the English Premier League. From the squad at the 2010 FIFA World Cup South Africa™, in which the team was eliminated at the group stage after going undefeated with three draws from three matches, including a match against Italy, 32-year-old Tommy SMITH will seek to make his return to the World Cup as the backbone of the team's defence. 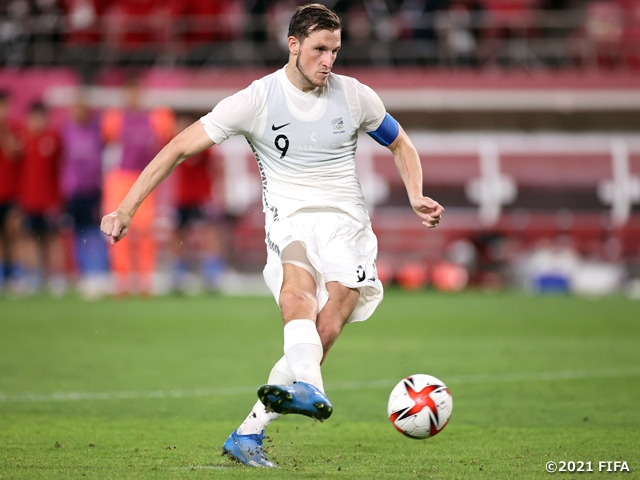 In the CONCACAF final qualifying round, in which eight teams played in a home-and-away round-robin, Costa Rica displayed vastly different performances in the first and second halves of the competition. In the first seven matches they struggled to gain points, as they finished 1-3-3, but following their win over Honduras in November last year, the second half of the qualifiers saw them go on a 6-1-1 run. Although they fell short of the top three places, which would have automatically qualified them into the World Cup, they made a strong comeback to match the third-place finishers, the USA, in points.

Costa Rica's success in the FIFA World Cup™ was highlighted by their performance in the 2014 FIFA World Cup Brazil™. They defeated Uruguay and Italy in successive matches and drew with England to advance out of the group stage. They eliminated Greece in the round of 16 before losing to the Netherlands in a penalty shoot-out in the quarterfinals. Goalkeeper Keylor NAVAS, striker Joel CAMPBELL, and technician Bryan RUIZ, who were the mainstays at the time, are still in the current squad. Central midfielder Celso BORGES, who played in the 2018 FIFA World Cup Russia™ with them, scored the winning goal against Canada in the match played in March this year. 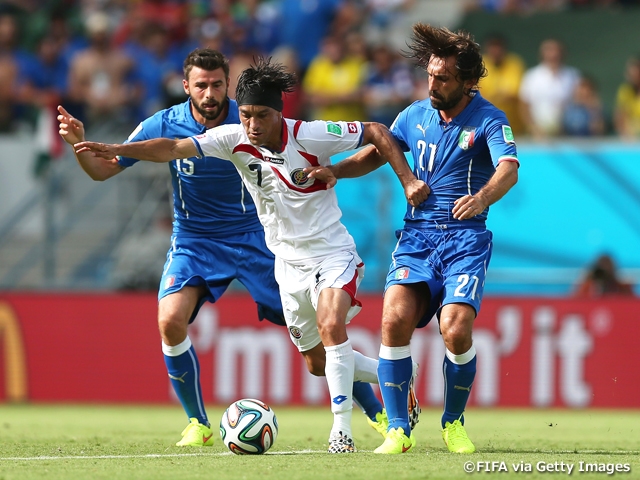