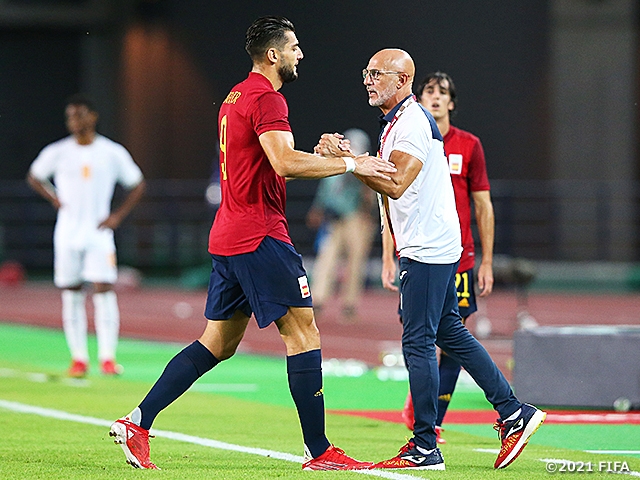 The Japan Football Association (JFA) is carrying out the “JFA Respect Fair-play Days 2021” from Friday 10 to Sunday 19 September. Here we will share an article written by freelance journalist Mr. KAWABATA Akihiko, about the respectful scenes he saw during the Games of the XXXII Olympiad (Tokyo 2020) men's football tournament.

The men's football tournament at the Tokyo 2020 came to an end with Brazil winning the gold medal and Spain winning the silver medal. For Spain who entered the tournament with six players that took part in the recent UEFA EURO 2020 and showed great willingness to win gold, this must have been a devastating loss for them. However, Spain’s coach Luis DE LA FUENTE showed no signs of dejection at the press conference held after the final.

“No, we are not a loser. We are the winner of the silver medal.”

Said the Spanish coach with grace. He then went onto mention that things should be judged by what was achieved, rather than what was lost, and touched on the importance of “having dignity even in a loss,” and said that he “felt very blessed.” 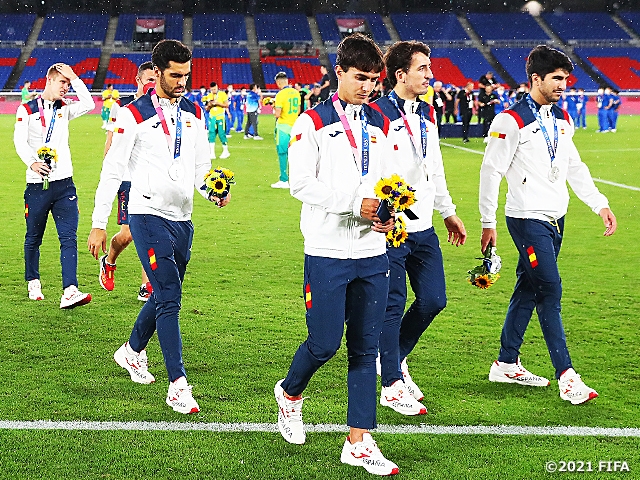 Some may say that he is just crying sour grapes, but I don’t think that is the case here. The expression of the coach laughing and looking back, “I am satisfied with the behaviour of the players during the match as well as their behaviour throughout the tournament,” suggested his honesty.

Despite bringing a star-studded squad, Spain chose to stay at the Olympic Village with other athletes. For those accustomed to staying in five-star hotels, the beds at the Olympic Village must have been uncomfortable and they even had to line-up just like the other athletes to get their meals served. However, while enjoying the opportunity to interact with the athletes of other competitions, the Spanish players did not cause any serious problems, and devoted themselves to the hard scheduled competition.

Even after suffering a tough loss at the final, the players acted with dignity. As a coach who has watched over the players since their youth ages, their behaviour must have been a “blessing” for coach de la Fuente. When asked about the match, the coach mentioned, “I am satisfied with all of the decisions I made and the performance of my players,” and emphasised that their loss was not a result of their mistakes, but because Brazil simply played better, showing respect to the winning team.

These kinds of respectful behaviours were seen in various scenes throughout the tournament. For example, the following is the message left on the whiteboard of New Zealand’s dressing room after they were defeated by Japan at the quarterfinals.

The team expressed their gratitude towards the match site Kashima and the tournament, while also wishing luck for the Japanese side, as they concluded the message with the phrase “kia kaha,” which means “stay strong” in Maori.

Considered as one of the fastest growing countries in the football world, New Zealand has shown remarkable growth over the recent years, carrying a great track record from the U-17/U-20 categories into the Olympics. Japan certainly got a taste of what New Zealand had to offer, after their match went into overtime and eventually decided on a penalty shoot-out, and there is no doubt that they were one of the teams that is worthy of a special mention, especially after seeing how they went out of the tournament. 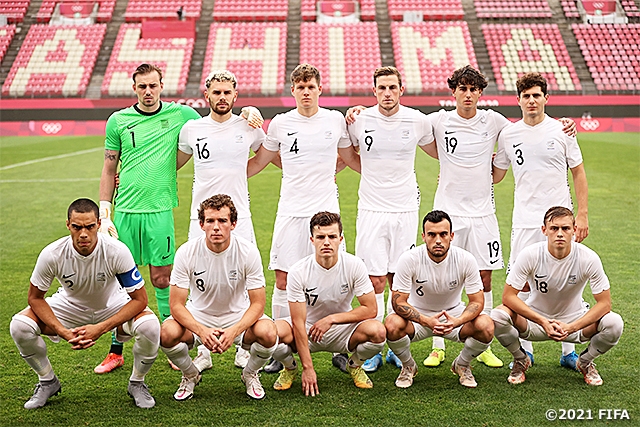 One of the things I would like to point out from the Japanese team is the behaviour of the players who could not play in the match.

Japan suffered a devastating loss at the bronze medal match. Following the final whistle, reserve goalkeeper OSAKA Keisuke was the first one to comfort KUBO Takefusa, who was bursting into tears.

Having participated in the Copa America as a member of the Japan National Team, Osako was the most highly regarded goalkeeper of his generation. However, he lost his position as the starting goalkeeper to the younger TANI Kosei just before the Olympics. He must have been disappointed, but he never took his frustration out in action.

He also commented before the Olympics, “Of course I am disappointed, but (Suzuki) Zion, Kosei, and I will continue to prepare ourselves in the best way possible. The best player will get to start, and the other two will support him.”

“The good thing about him is that he doesn't look down when he's facing adversities.” When telling Osako the words of Mr. SAWADA Kentaro (current coach of the top team), his mentor from his time in Hiroshima, he smiled and mentioned, “There were times when I wasn’t starting for my club last season, and at the same time, I have been watching how HAYASHI Takuto-san and the other goalkeepers were behaving when I was getting the start, so I wanted to be a good influence.”

I have watched Osako warmup during the match from the press box, and although the odds of a reserve goalkeeper getting any minutes are slim, he always prepared himself to the fullest. Tani was always grateful for the advice Osako gave during halftime, as Osako spared no advice to the younger goalkeeper. It was a tournament that shed light on the success and growth of Tani, but there is no doubt that it was the result of the three goalkeepers competing as a team.

In Japan, “respect” is often regarded as a formal concept of morality and etiquette, but I personally think that it is not the case.

It's only natural that you become emotional when you play the game with passion and dedication. However, when everybody is emotionally invested as you are, what kind of behaviours should football players and coaches (or even football journalists) keep in mind? There is no “clear answer” to this question, but after watching the behaviours of the coaches and players from all over the world, including Japan, Tokyo 2020 was a tournament that gave me the opportunity to revisit the virtues of respect. 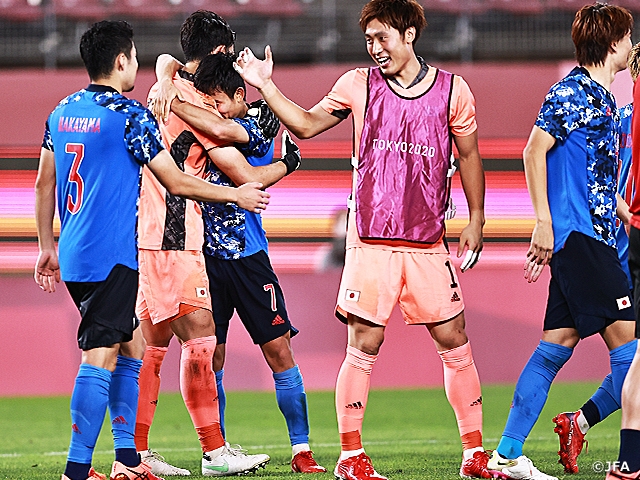