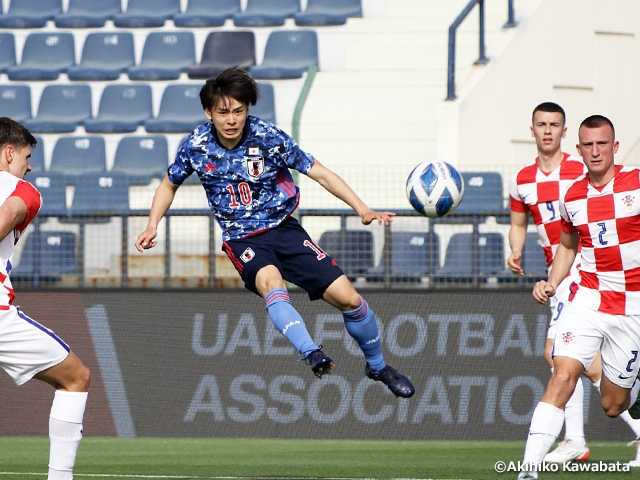 On Wednesday 23 March, the U-21 Japan National Team played against the U-23 Croatia National Team in the Dubai Cup U-23 held at UAE.

For the team, which was launched this year with the aim of competing in the Games of the XXXIII Olympiad (Paris 2024) in two years’ time, this tournament represented their first international trip and competition. “I made it clear that this group is going to continue to move forward, and that this is the first step,” said coach OIWA Go. Defender NISHIO Ryuya (Cerezo Osaka) also expressed his gratitude towards this tour to UAE, “We have to be grateful to be given this opportunity to travel abroad and participate in such tournament under these social circumstances.” 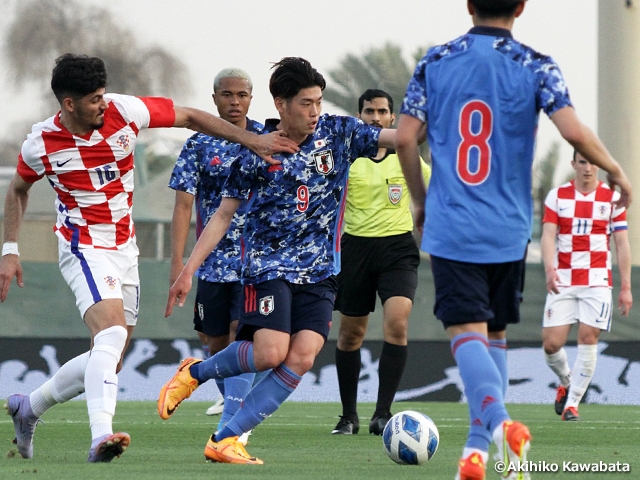 The match started with Japan taking control of the ball possession against the Croatian side who deployed a five-back formation to defend their end while anticipating for their chance to counter. Seeing their opponent laying a block in the central area, Japan utilised the width of the pitch to create opportunities. Japan came close to scoring the opener in the 22nd minute, when Fujio responded to a cross delivered by Saito to strike a header, but his attempt was saved by the opposing goalkeeper.

Despite creating multiple chances, Japan struggled to score a goal, as coach Oiwa later reflected, “It has been a while since the players played against a foreign team, so they needed time to adjust.” Croatia had their share of chances early in the second half, as they effectively changed their pace of play to threaten the Japanese goal.

It was the substitutes who broke the deadlock for Japan. In the 81st minute, ODA Yutaro (Vissel Kobe), who entered the match in the second half, responded to the pass of Fujita before playing a pass and go with ARAKI Ryotaro (Kashima Antlers), who also entered as a late substitute, to break into the box. With plenty of forward momentum, Oda dribbled past the goalkeeper and slotted the ball into the net, as the striker later reflected, “I was surprised that the pass actually came to me.”

Japan had a player getting injured after the team had already used up their available substitutions, but with the tenacious efforts made by the defence line, the team managed to keep a clean sheet and start off the tournament with a 1-0 victory. 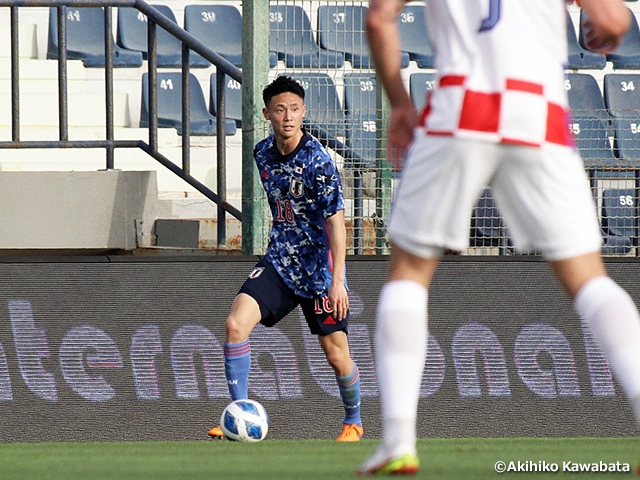 OIWA Go, Coach
Today, the players prepared well for the match, fought very hard in this extreme weather conditions, and showcased a solid performance. I asked the players to keep their composure, play with precision, and make bold plays. Although we had limited time to prepare for this tournament, the players thought it through and delivered an excellent match. I appreciate the way the players approached this match.

FW #19 ODA Yutaro (Vissel Kobe)
I have been working on my plays in the final third in the J.League, so I was keen on producing results today. The team was struggling to score goals, so I entered the match determined to get myself involved in a goal. It felt like we were on the same page when we scored that goal. 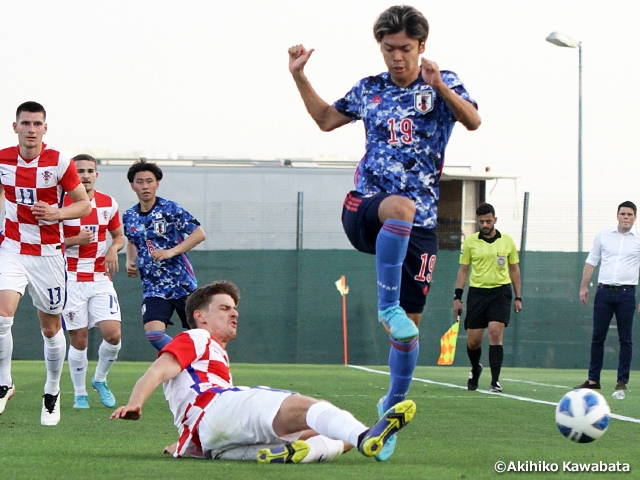 MF #10 SAITO Koki (Lommel SK/Belgium)
Personally, I am a bit disappointed that I couldn’t score a goal, but I am happy that the team was able to win today. It felt like there were plenty of opportunities to score and I have lost possession of the ball on a few occasions, so this match reminded me that I still have to improve in many ways. We must reflect on this match and try to make the most of this experience, both as a team and as individuals.

DF #18 UCHINO Takashi (Fortuna Dusseldorf/Germany)
I have always dreamed of playing for the national team, and I am overwhelmed that I have finally achieved that goal today. I entered the match thinking that I have nothing to lose.