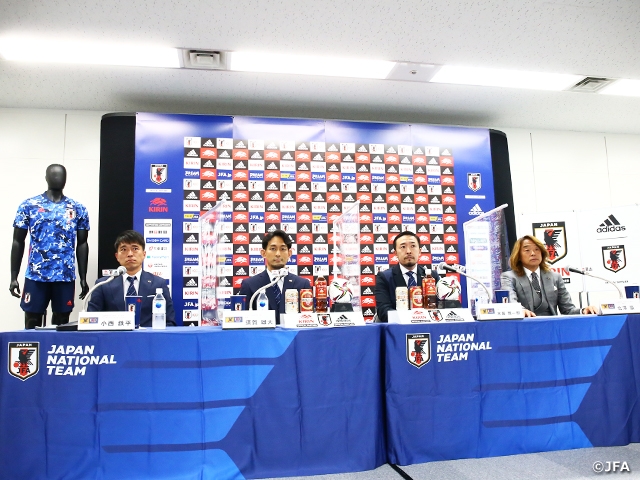 Mr. SUGA Takehiro was appointed as the new head coach of the Japan Women's Futsal National Team, which coach Kogure coached for the past three and a half years. He has coached Fugador Sumida in the F-League for 15 years until the 2020-2021 season. He was asked by Chairman KITAZAWA Tsuyoshi of the JFA Futsal Committee to make use of his experience and achievements as not only a coach but also a representative of the organisation to promote women's futsal. He will lead the team to make history in the women's futsal community, which has a shorter history than men's futsal.

KITAZAWA Tsuyoshi, Chairman of JFA Futsal Committee
Coach Kogure will also be the coach of the U-20 Japan Futsal National Team, while coach Suga will also serve as the assistant coach of the Japan Futsal National Team. We are not changing everything since the regime of coach Bruno GARCIA. I think that the strengthening of the Japan National Team, which has been carried on for a long time, is moving in the right direction. Coach Kogure has worked as the assistant coach of coach Bruno, who has been working on a project with us to develop and guide Japanese coaches to become the head coach of the national team. After the end of the World Cup, we took an unbiased view of the team with coach Bruno and decided that we need to build on what we have done so far in order to reach our goal of reaching the quarterfinals of the World Cup. As for Mr. Suga, he has been active in the middle of the futsal world and has established and strengthened his own club team. Japan Women's Futsal Team is one of the best in Asia. It is a given that we will continue to be one of the bests, but we must also acknowledge that other Asian countries are also getting stronger. That is why we decided to appoint Mr. Suga, who has the experience of building a mid to long term plan to improve the environment surrounding women’s futsal. I hope that the two will work to strengthen the national team by providing new perspective while also building on the past achievements.

KOGURE Kenichiro, Coach of Japan Futsal National Team
First of all, I would like to thank everybody for being here for this occasion. I would also like to express my gratitude to President Tashima and Chairman Kitazawa for giving me this wonderful opportunity to be the head coach of the Japan Futsal National Team, and I will do my best to meet their expectations. I have been the head coach of the women's national team for the past three and a half years. We were supposed to participate in the 2020 AFC Futsal Championship, but it has been postponed until now. I was determined to win the title with the players I worked with in the women's national team, so I feel disappointed that I will no longer have that opportunity, but I believe that coach Suga will definitely succeed my will and win the Asian title. I would also like to take this time to express my gratitude once again to all the players, league officials, and coaches involved in the women's national team. As for the Japan Futsal National Team, I first joined the national team as a player over 20 years ago in 2000. So far, I have worked with six coaches, both as a player and as a coaching staff member, learning how to behave with the pride of being a member of the national team. Not only the coaches, staff, and officials involved, but also many of my teammates and I have trained hard to achieve great goals while improving the value of futsal and the Japan Futsal National Team. By succeeding the wills of all the people who have brought Japanese futsal to where it is now, I will do my best to build a team that is not only strong but also respected by other sports, and to raise the value of futsal, which is still not a major sport in Japan. 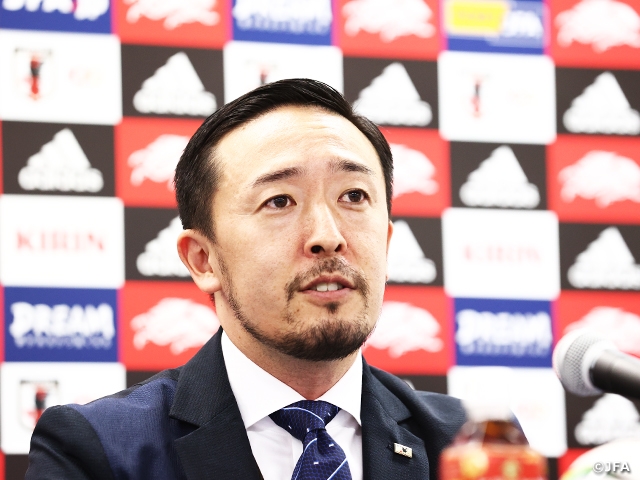 SUGA Takehiro, Coach of Japan Women's Futsal National Team
First of all, I would like to thank JFA for appointing me to such an important responsibility. I would also like to take this opportunity to thank the players, coaching staff, opponents, and everyone who has fought for me and helped me grow as a coach. Since I had no previous experience as a women's futsal coach, when I was first offered this position, I wanted to take the offer with respect towards all the people who have made women's futsal grow to this level. That respect is something I must show through my own actions, so I would like to work together and exchange opinions with many people to create the women's national team. In terms of team development, I think winning the AFC Women's Futsal Asian Cup will be our first major goal. In order to achieve this, the development of the women's futsal league is an essential point, and that is an area where I think I can use my 15 years of experience as a club team coach. I feel that there are many things I can do to help, not only in terms of strengthening the team, but also in terms of promoting the sport, developing players, and training coaches. I feel motivated to do my best to fulfil the mission I have been assigned with. I would like to demonstrate this through various activities in the future, so please support us. 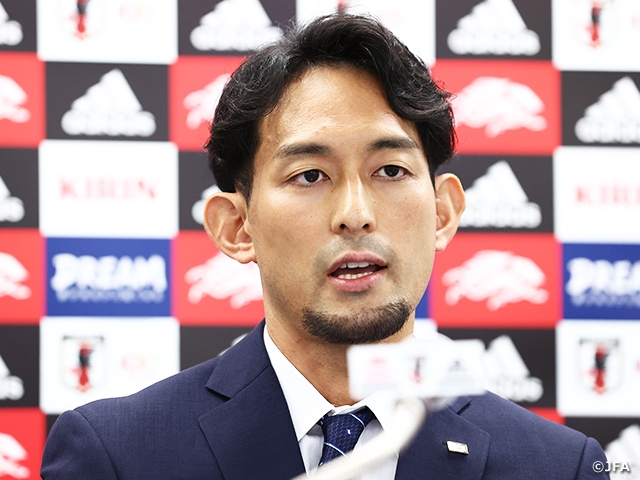 KONISHI Teppei, JFA Futsal Technical Director
Through the recent World Cup, I would like to talk about the current position of Japan in the futsal world. With the development of the players, coaching staff, and leagues that have supported the Japan Futsal National Team, I feel that futsal has made major progress both technically and tactically over the years. Since there are no limits, we must continue to polish our techniques, but I believe that we are already seeing positive results from a tactical standpoint. However, there are many more aspects we must improve on, including the mental strength to showcase one’s best performance under any given situation, in order for Japanese futsal to catch up with the rest of the world. I believe that coach Kogure and coach Suga are here to solve such problems. For the men's team, we have set a goal of reaching the quarterfinals and winning the Futsal World Cup. I would like to ask coach Kogure to take over and make our national team even stronger, so that we can move forward hand in hand with the league and further improve on the assets left behind by the previous coaches. The women's team is also at the top level in Asia, but in order to go further, they need to be able to play tactically in all phases of the game, which is exactly why we have brought coach Suga. I would like to ask coach Suga to review and analyse the overall environment of women's futsal and make it better, so that we can strive for a higher goal together. In order for the men's top category, U-20, and women's national teams to have a strong horizontal relationship, it is important to have coach Suga join the men's national team as the assistant coach so that we can move forward as one family. In terms of the overall structure, we will move forward with a new system in which there will be a director for each of the four divisions, national team, development, coach training, and promotion, under the chairmanship of Mr. Kitazawa. I believe that if these four divisions are managed and operated correctly, it will definitely contribute to the overall development of the national team. 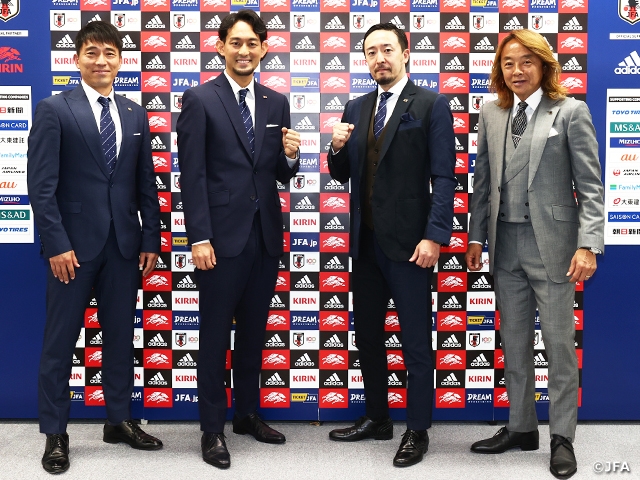