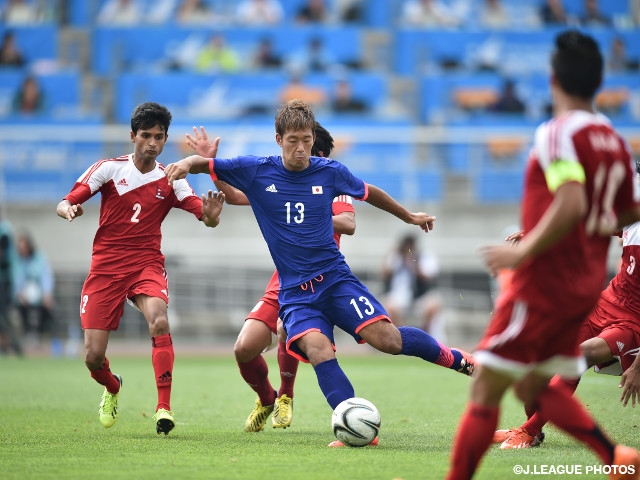 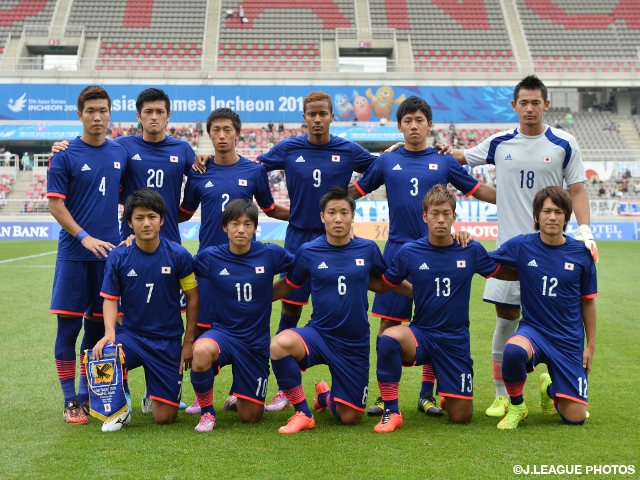 As expected, the Japan national under-21 team took advantage of the pitch with a possession rate of more than 60 percent from early, yet struggled against Nepal, who took more men on their defensive side of ball. Japan then attempted to find a way to score by alternating their ways of attacking, but were still unable to net one.

But Japan finally broke the deadlock later in the first. On 33rd minute, Notsuda Gakuto netted a middle shot, which was something he’s always good at, to put Team Japan on the board first. The contest entered halftime with Japan ahead 1-0.

In the second half, Japan continued to dominate the ball. On 54th minute, Suzuki Musashi let go a pass from Yajima Shinya fro the left side and Nakajim Shoya, who ran into the middle and received it, broke through the Nepal defensive line. Yajima composedly made it into the net to give Japan further lead.

Japan extended their lead nine minutes later. Notsuda let go a pass from Yajima from the left side, and Suzuki received it, nicely making a body turn to leave a defensive man behind him. Suzuki cooly observed the move of the Nepal goalkeeper and netted a shot into the right corner to make it 3-0.

Japan would not cruise afterwards. Again attack from the left side, Notsuda launched a cross and Suzuki directly kicked it in the far side into the goal mouth for Japan’s fourth goal, which would secure their victory.

Japan would not be able to add any more goals, but finished the contest with a 4-0 win. They have now accumulated six points for the second place in Group D, clinching their knockout stage berth for the second straight Asian Games.

Japan will take on Palestine’s under-23 team, who qualified through Group C in the first place, for the ticket to the final eight.

TEGURAMORI Makoto, Head Coach
It wasn’t an easy game, but at the same time we should not have thought it was difficult.
For us, we were intending to entre the contest with better preparation and end it not allowing any goals while scoring some goals.
After all, we scored four and gave up none, plus, we limited our opponents to have their shots, and that’s something we can give credits to ourselves.
I am relieved that we have advanced to the knockout stage.

SUZUKI Musashi (Albirex Niigata)
The opponents really came against us defensively as if they had no intention to win this game. That made us to have little space and place to move, but I was thinking that unless we’d find some space and get behind their defensive line, we wouldn’t be able to score.
In the second half, the opponents got to occasionally lose their concentration and we got some space, and we were able to take advantage of that.
(On not being able to score) we weren’t so hasty. Once you get hasty, you are not going to score a goal, and we have experienced games like this so many times, so we knew it would be important to not get hasty.
(On the knockout stage) the opponents get tougher, so we are going to have to get better every time, otherwise we are not going to win the championship.
Hopefully, we develop our chemistry through our practices and games while we tighten up our team work, so we will grow as a team more throughout this tournament.

NOTSUDA Gakuto (Sanfrecce Hiroshima)
Knowing we would have qualified through the group stage with a win, we knew it was going to be a difficult game, but it feels great that I scored the game’s first goal.
The opponents made blocks on their defence and it made our offence a little tough times.
Since they played so defensively, I was going to fire middle shots from the spaces that they gave us, and it was great that one of them went in.
But I had more chances individually and missed them, so that’s something I have reflect on.
As the team, while we scored four and clinched the knockout stage and it was great, we had some detailed technical mistakes and occasionally misses scoring opportunities. So we will have to correct those issues as the entire team.
As to the knockout stage, it will be a win-or-go-home situation, but we want to play every game like the championship game, being united as one. 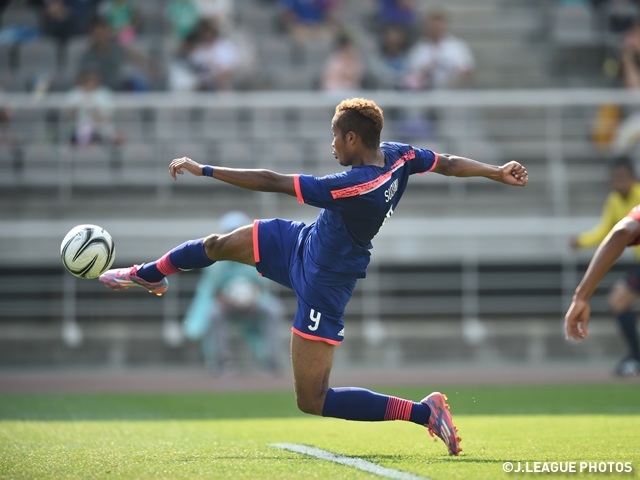