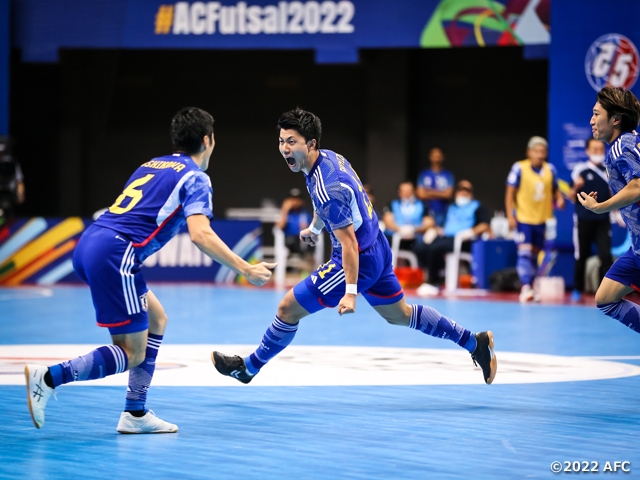 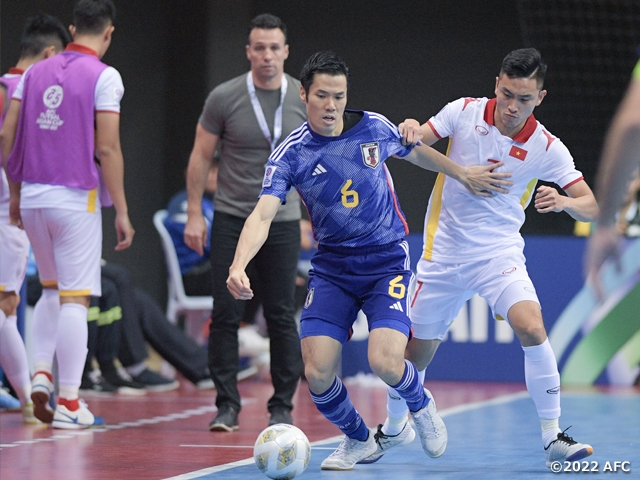 Vietnam, who were in position to advance through as long as they don’t lose with a four goal margin or worse, elected to play defensively against Japan. In contrast, Japan, who desperately needed to win, displayed lots of aggression in both offence and defence to take the initiative of the match.

The opening goal came in the sixth minute, when SHIMIZU Kazuya received the ball from ISHIDA Kentaro and showcased a great individual effort to control the ball under pressure and slot the ball into the net with his right foot.

After Japan took a one goal lead in the first period, Vietnam started the second period by applying aggressive pressure from the frontline. Facing this change in approach, Japan countered by sending balls to Hirata and Shimizu to exploit the spaces behind the opposing defence but couldn’t find ways to capitalise on their opportunities. 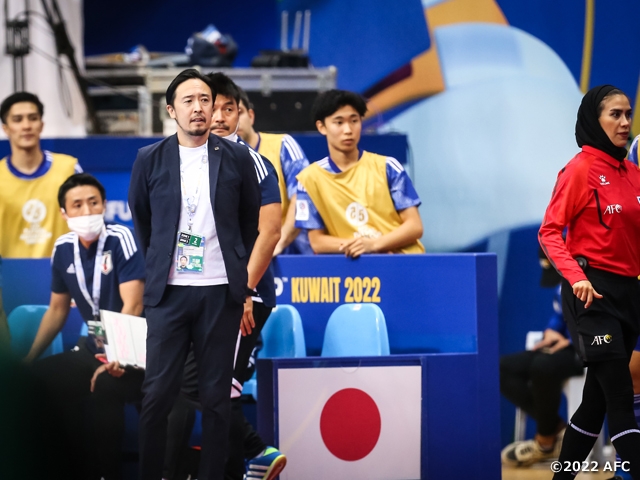 Although both teams were in line to clinch the knockout stage, a second place finish would mean that they would face Iran, one of the tournament favourites, at the quarterfinals. With Japan needing one more goal to top the group, Vietnam also showed great determination not to concede any more goals. In efforts to apply max pressure against Japan, Vietnam initiated their powerplay with more than 10 minutes left on the clock. This way they could use their numeric advantage to possess the ball and run down the clock. However, Japan showcased great composure to counter this strategy.

The golden moment came in the 36th minute, when Oliveira intercepted the ball inside his own territory and carried the ball upfront before sending a pass to Shimizu on the left side. “I had enough space, so I knew I had a chance to score,” said Shimizu, who superbly made a turn to open himself up and fired a left footed shot that pierced through the legs of the goalkeeper and into the net, giving Japan their long-awaited second goal.

Japan managed to hang onto this two goal lead to claim the group lead and advance to the quarterfinals for the 16th consecutive time, a streak they have kept since the inaugural tournament. 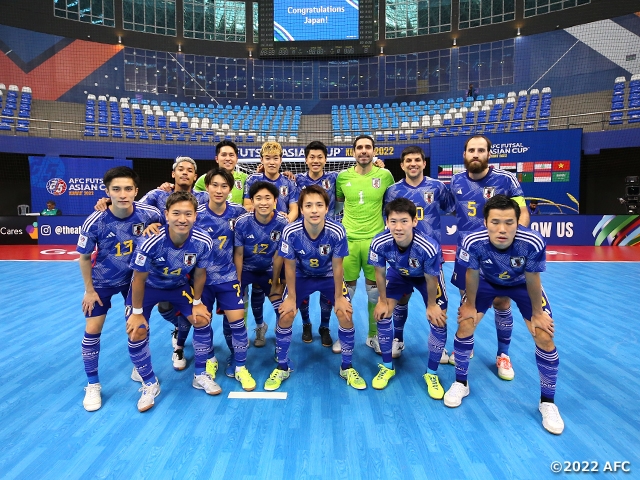 KOGURE Kenichiro, Head Coach (Japan Futsal National Team)
We have received plenty of encouragement and criticism over the course, which I believe is part of the responsibility of the national team. Although we have managed to finish first in our group, we must address our loss against Saudi Arabia. I am proud of the players for making the most out of that loss, and for all of their hard work to fight through this difficult circumstances to top the group.

FP #6 YOSHIKAWA Tomoki (Nagoya Oceans)
I am glad we were able to finish first in our group. The fact that we were able to bounce back from that loss shows how much we have grown as a team. I am both happy and relieved at the same time. I think we showed from our first half performance that we can contain our opponents' quality by putting them under pressure. I think we need to continue this defence at the very least for the matches ahead, but we also saw a lot of chances created in our attack, so we need to be able to capitalise them, including myself.

FP #9 HIRATA Neto Antonio Masanori (Nagoya Oceans)
After losing our first match, we had to win the remaining two matches to advance through, so I am glad we were able to win. Although we weren’t able to advance with three consecutive victories, we still managed to top the group, so we will try to reset our minds ahead of the knockout stage. I think I'm doing the job the team needs me to do, so I just need to score more goals.

FP #11 SHIMIZU Kazuya (Fugador Sumida)
The overall competition has gone up since 2018, but through this group stage, we were able to prove that we can definitely win as long as we execute what we have to do. Teams are determined to give us a hard time, and that experience we gained through this group stage has prepared us well ahead of the knockout stage. We hope to reach the final again and win the title.