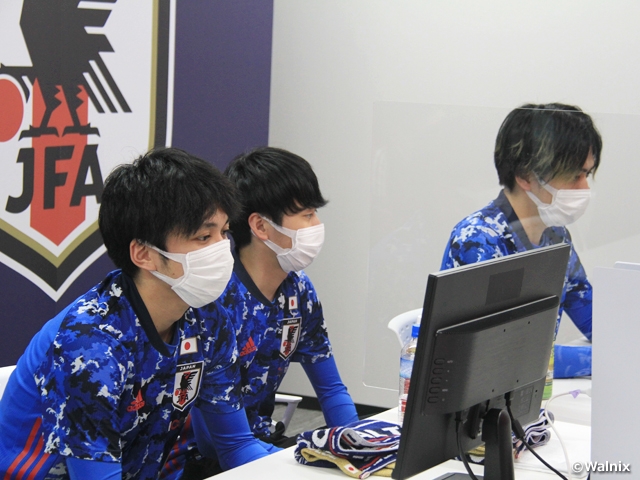 The first leg against the India eNational Team was played on a server in Mumbai, India, so the players controlled by the Japan eNational Team had a time lag between the cursor and their movements, which put them at a disadvantage in terms of their manoeuvres. As the team was forced to play defensively, Japan eNational Team's defensive tactician, Jay, came in to play with Agu for this game.

Japan conceded the first goal in the 11th minute but equalised in the 44th minute and continued to fight hard in the second half. However, after conceding a goal in the 65th minute, Japan pushed forward in pursuit for the equaliser but ended up conceding more goals, losing the game 1-6.

In the second leg played on the Tokyo server, the Japan eNational Team had the upper hand throughout the game, as Web Nasri and Agu made up for the loss of the first leg with a comfortable 3-1 victory.

The final fixture of the first sec. was against the Korea Republic eNational Team, where Japan entered the first leg with Web Nasri and Agu. It was a back-and-forth affair, with neither side able to capitalise on their opportunities and the game ended in a scoreless draw.

Web Nasri felt uncomfortable with the centralised tactics of the opponents in the first leg, so the team decided to change to the combination of Jay and Agu in the second leg. Japan conceded the opener in the first half, in which they played a 4-4-2 formation, but once changing their formation to 4-2-3-1 in the second half, Japan scored three straight goals in the 51st, 66th, and 81st minute to earn a come from behind victory. 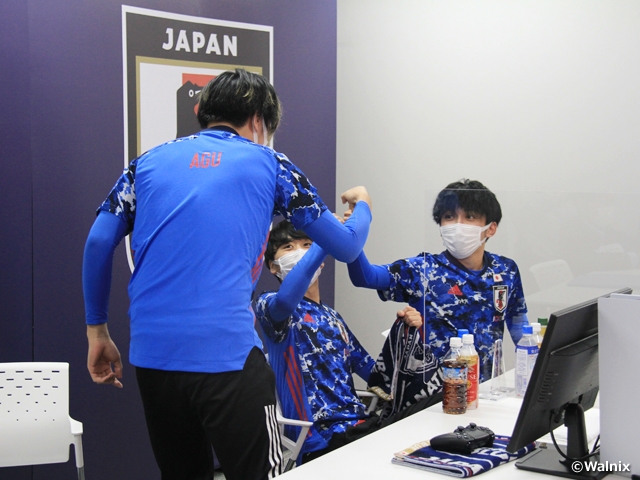 After the first sec., the Japan eNational Team finished in third place with 13 points and secured their place in Division 1. The second sec. will take place on Thursday 27 and Friday 28 January 2022.

Jay (Kawasaki Frontale)
I was prepared to play against the India eNational Team because we had decided in advance that I would play if the game was played on the Mumbai server. In the game against Korea Republic eNational Team, Web Nasri mentioned that he felt uncomfortable playing in the first leg, so we decided to switch him for the second leg. I was under a lot of pressure because I knew that we would be relegated if we lost, but I told myself that I would be fine as long as I can showcase my usual performance, which allowed me to play with composure.

Web Nasri (Kashima Antlers)
While some teams play with two players, I think we were able to take advantage of our strength as a team of three, considering the compatibility of our opponents. Yesterday, I mentioned that we lacked the ability to score goals. The match against the India eNational Team is not very relevant because of the issues with the server, but the match against the Korea Republic eNational Team was not so bad in that respect. We finished third to avoid relegation, but I think it was the very least we could have done. We will try our best to get more points in the next three sec.

Agu (Blue United eFC)
The first match against India was a difficult match, but we were able to win the second leg and win the second match against the Korea Republic eNational Team to stay in Division 1. It has been a great learning experience for us, as we have been able to change the players and tactics according to the opponent. We are in third place by a narrow margin, but I think we could have been in first place if we had won the games that ended in draws so we must be more conscious not to make any mistakes from the second sec. onwards. 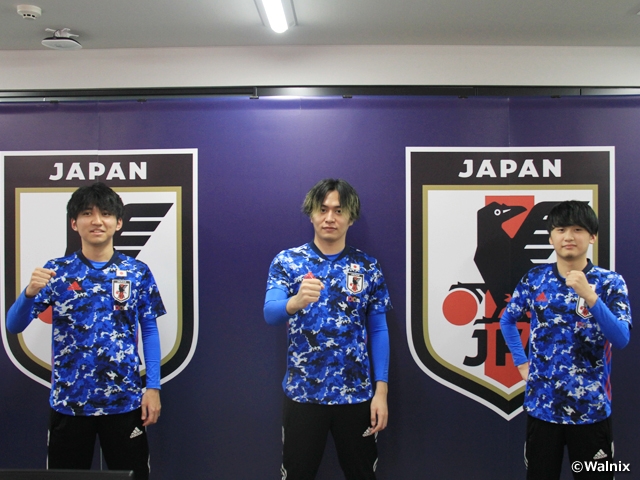