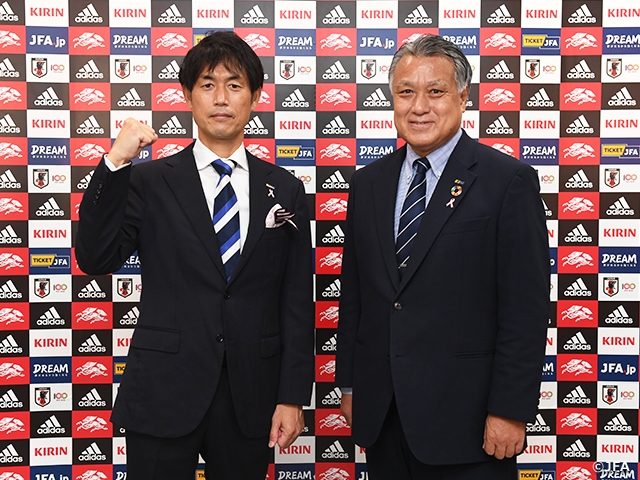 At the beginning of the press conference, coach Ikeda shared his gratitude to all the people who were involved in the development of women’s football in Japan, “The first thing that came to my mind when I was asked to be the coach of Nadeshiko Japan was the weight of responsibility, a sense of determination, and a feeling of gratitude. I believe that women's football has become what it is today because of the people who have built the Nadeshiko Japan and paved the way for the development of women's football.”

This year marks the 40th year since the formation of the Japan Women's National Team in 1981. Coach Ikeda, who took the helm in this milestone year, said with enthusiasm, “We have to take the Nadeshiko Japan one step forward in order to connect it to the future. I'm ready to face this huge responsibility with all my might.” 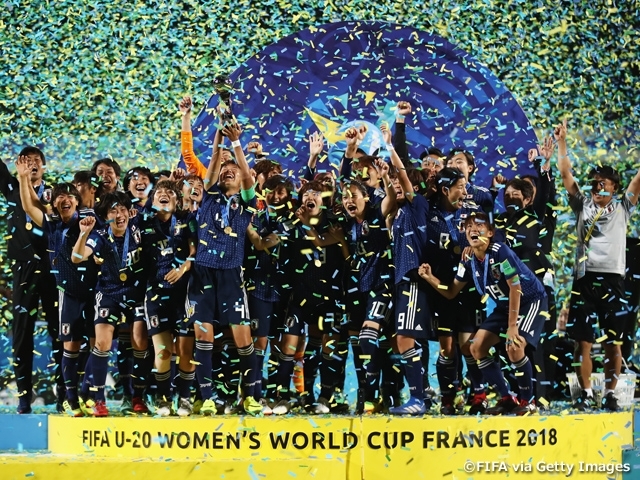 “The Nadeshiko Japan became the world champions in 2011, so our goal is to build a team that can reclaim that title,” said coach Ikeda. “With technique, diligence, and coordination, which are some of the virtues of the Japanese football players, I believe that we can create new combinations to beat our opponents,” he said, emphasising that the team will continue to stick with the football style created by the successive Nadeshiko Japan.

In mid-October, the new Nadeshiko Japan will begin its quest to reclaim the world title. The team will first set their eyes to claim the third consecutive title at the AFC Women's Asian Cup India 2022 (scheduled for January 2022), which will serve as the qualifier for the FIFA Women's World Cup Australia & New Zealand 2023™.

TASHIMA Kohzo, JFA President
Coach Ikeda was approved as the new coach of Nadeshiko Japan at today's board meeting. People from all over the world praised the football style showcased by the team led by coach Ikeda at the FIFA U-20 Women's World Cup France 2018™. It was the kind of football style we need to strive for in order to win at the world stage. I would like to thank Mr. Ikeda for accepting this job and assure him of our full support.

IMAI Junko, Chair of JFA Women's Committee
The Women's Committee has discussed the new coach for Nadeshiko Japan and recommended coach Ikeda, who was just approved by the executive committee. Upon reviewing the Tokyo Olympics, we had a lot of discussions about whether Nadeshiko Japan should start over from scratch or further perfect what we have been working on. We reached an agreement to ask coach Ikeda, who believes in Japan's potential and can bring out the best of Japan's strengths. We will continue to support the Nadeshiko Japan and polish up Japanese women's football, which has been built up by former coach TAKAKURA Asako and others before her, to compete in the world. 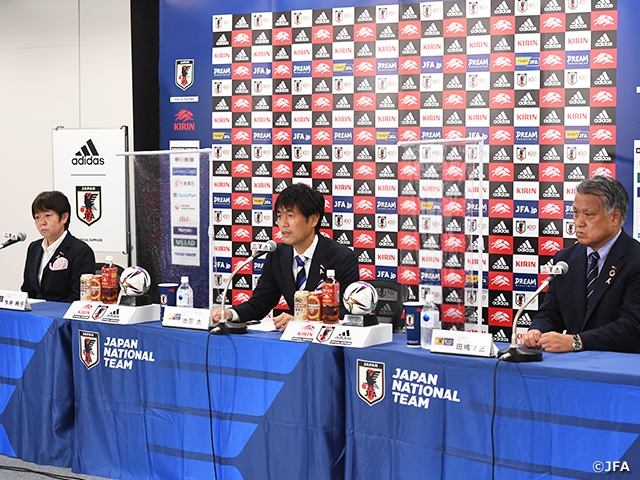 IKEDA Futoshi, Coach of Nadeshiko Japan
I am Futoshi Ikeda, the new coach of Japan Women's National Team. I would like to raise the overall level of women's football in Japan and make the Nadeshiko Japan a strong team that everyone wants to support, while aiming to become the best in the world. We are also hoping to expand the circle of football and to give a boost to the football world, so that people will think that women's football is cool and that they want their children to play football. I promise you that I will put all my energy into it. But I cannot do this by myself. I need your help and support. I would like to listen to your ideas and fight together with all of you, as we strive to create a new world of women's football. Thank you for your support.