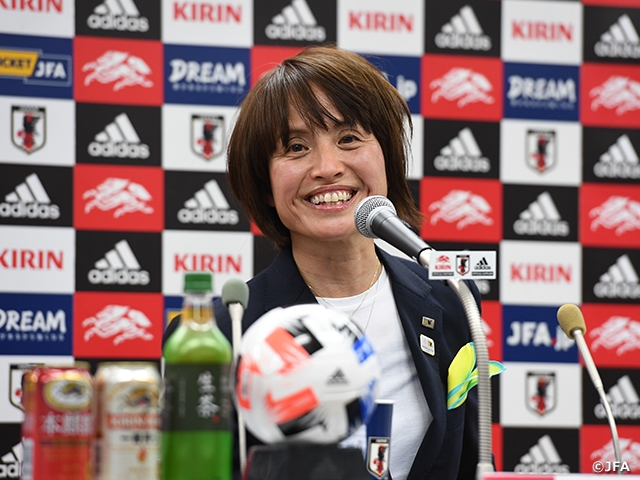 On Tuesday 25 February, JFA has announced the 23-player roster of Nadeshiko Japan (Japan Women’s National Team), who will be competing at the 2020 SheBelieves Cup, which will take place from Thursday 5 March in the USA.

The roster was formed mainly with the players who participated in the training camp held at J-Village (Fukushima) between Friday 14 and Wednesday 19, as YAMASHITA Ayaka (Nippon TV Tokyo Verdy Beleza), SHIMIZU Risa (Nippon TV Tokyo Verdy Beleza), NAKAJIMA Emi (INAC Kobe Leonessa), and SUGASAWA Yuika (Urawa Red Diamonds Ladies) were among those who featured the roster.

KUMAGAI Saki (Olympique Lyonnais/France) was named on the roster after winning the AFC Women’s Player of the Year Award at the AFC Annual Awards 2019, along with ENDO Jun (Nippon TV Tokyo Verdy Beleza), who was named as the AFC Youth Player of the Year (Women) at the same event.

NAOMOTO Hikaru (Urawa Red Diamonds Ladies), who made a return to Japan from Germany this season, MINAMI Moeka (Urawa Red Diamonds Ladies), who was named as the tournament MVP in last December’s EAFF E-1 Football Championship 2019, and TANAKA Mina (INAC Kobe Leonessa), who was named as the league MVP at the Nadeshiko League for two years running, were also listed on the roster. 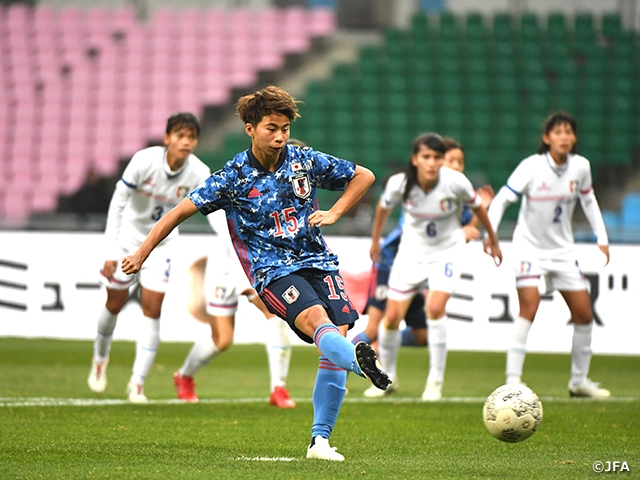 Similar to the Tokyo 2020 Olympic Games, the three matches played at the 2020 SheBelieves Cup will be competed with two-day intervals, providing the team with a pivotal opportunity to simulate the summer tournament.

At the press conference coach TAKAKURA Asako shared her aspiration, “We are expecting a tough challenge, but we will compete to win the title.” The Japanese coach continued by mentioning, “This tournament will play a crucial role to select the 18 players who will compete at the Olympics.”

TAKAKURA Asako, Coach of Nadeshiko Japan
Continuing from last year, we were once again invited to compete at the SheBelieves Cup in USA. With Spain, England, and the USA participating, this will be a highly competitive tournament. Our team will not compete in the Olympic qualifiers, so this will be our final tournament ahead of the Olympics. We are expecting a tough challenge, but we will compete to win the title. We started a training camp 10 days ago with the shortlisted squad, and it was evident that our players were in much better shape than usual. Typically, this is a tough time of the year for the players to maintain their fitness, so I have high hopes for our players this year. 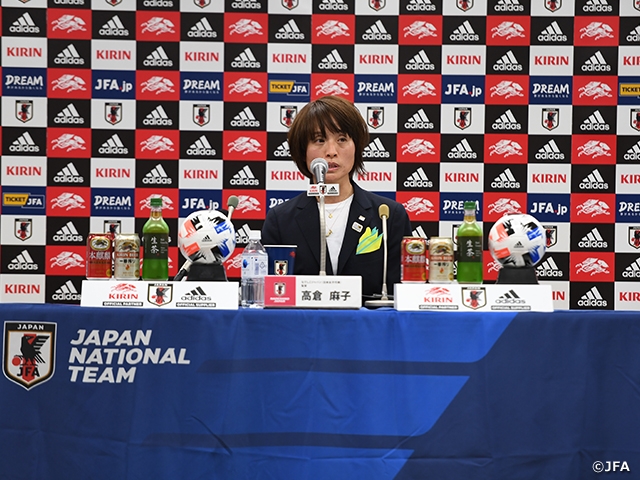